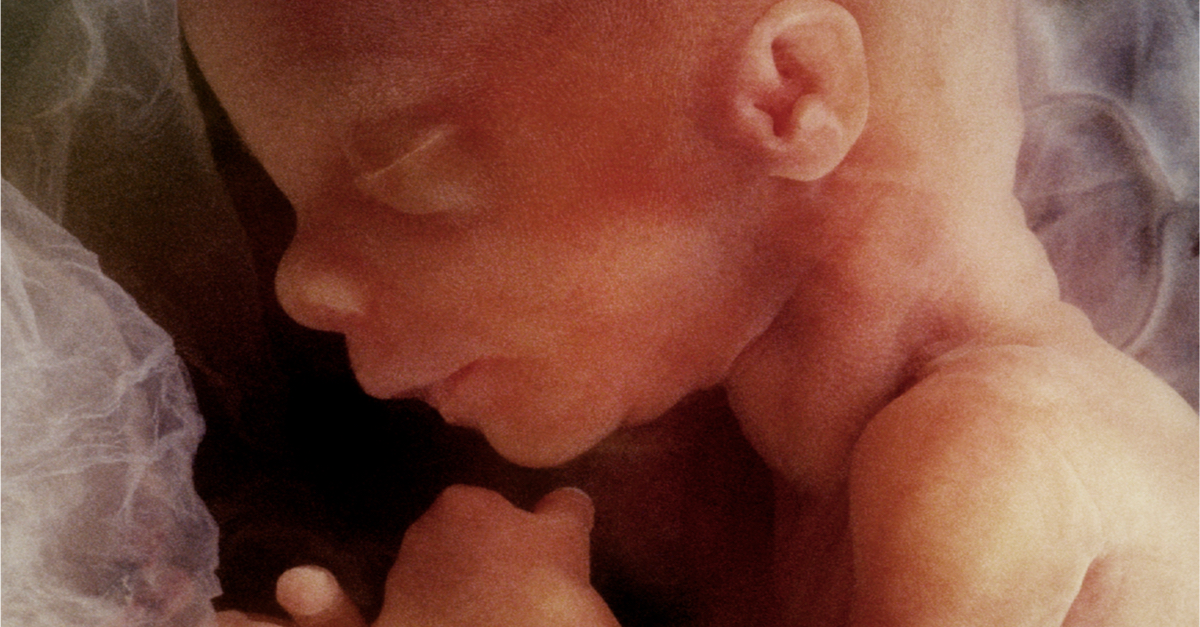 The following article, Op-Ed: Roe v. Wade Perverts Justice the Same Way Nazi & Soviet Courts Did – to Kill in the Name of Equity, was first published on Flag And Cross.

Innocence is no longer a shield against injustice.

Separating the guilty from the innocent — that was always at the heart of the U.S. constitutional justice system.

A “progressive” Supreme Court contended that stage-managing equity is a higher duty than delivering justice. It fabricated a new purpose — a compelling duty to achieve equal outcomes between pregnant women and more “privileged” men unencumbered by pregnancy.

True, the Constitution’s Article III, Section 2, accorded judicial power to “all Cases, in Law and Equity.”

In 1938, the Federal Rules of Civil Procedure fused the distinctions between actions at law and suits in equity.

Historically, the difference with equity cases was that judges were allowed a wide exercise of their own discretion rather than strictly adhering to actual laws.

Justice Harry Blackmun, in Roe v. Wade, abused that discretionary power. Authorizing the taking of innocent life is never a matter to be decided by judicial discretion.

Caught up in the rhetoric of the sexual revolution and with zero experience in abortion jurisprudence, Justice Blackmun sought to redress the unequal outcomes allegedly suffered by a pregnant woman with “the unwanted child” by granting her a compensatory right to commission the killing of that child “lawfully.”

It was an equity without justice that introduced a pregnant woman’s killing rights over her “unwanted child” as a legitimate resource needed to reach an equal outcome with men.

Now “equity” has become a popular woke term being misapplied under the guise of correcting alleged discrimination in a huge number of new areas.

Our courts now thrash about trying to impose equal outcomes, too often through unjust means.

Substituting Equity for Justice Is Unconstitutional

Substitution of equity for justice in Roe v. Wade subverted the pre-eminent purpose of the Constitution — to “establish Justice.”

“We the People of the United States, in Order to form a more perfect Union, establish Justice … and secure the Blessings of Liberty to ourselves and our Posterity, do ordain and establish this Constitution for the United States of America.”

But a progressive Supreme Court in Roe v. Wade narrowed these constitutional obligations. It demoted justice and declared equity to be a better road to forming a more perfect union.

Progressives altered the Supreme Court to be primarily a court of equity rather than a court of laws. To this end, Roe v. Wade introduced an overriding endeavor — the establishment of a new kind of equity for women by inventing for us a vile “right” to commission the prenatal killing of the innocent in our power and under our care.

“Equity” is defined by Merriam-Webster as “justice according to natural law or right, specifically: freedom from bias or favoritism.”

The Roe v. Wade court was lured into adopting a facile remedial equity that abrogated justice by introducing a most unjust bias against laws protecting the natural law rights of those the Founders called infants in their mothers’ wombs.

Recently, in the passing of the Women’s Health Protection Act of 2021 (Yeas and Nays: 218 – 211), we saw a majority of the House succumbing to that unconscionable bias.

“It is the purpose of this Act … to promote access to abortion services and women’s ability to participate equally in the economic and social life of the United States.”

The constitutional commitment to justice and the rule of law crumbled as the House agreed to sacrifice innocents to the radical feminists’ 21st-century idol — equity.

The Constitution’s original and primary goal “to establish Justice” has been revised. Now the new “build back better” goal has been erected to correct through abortion on demand the “inequity” of pregnancy, ostensible source of imbalance between women and men.

Should the act pass in the Senate, a mother’s optional commissioning of the prenatal killing of her child becomes an absolute right — no questions asked.

For Justice Blackmun, the innocence of “the unwanted child” was insignificant. His ambitious eyes on the rosy picture of achieving equity for women, he declared a new higher priority for courts of law than separating the innocent from the guilty before imposing a death penalty.

In that one appalling decision, abortion jurisprudence collapsed into anarchy.

The Supreme Court was transformed from a court of justice sworn to the constitutional protection of the innocent to a court of obsessive equity dealing out killing rights.

These killing rights were awarded as faulty compensation for alleged social and economic injuries quite innocently visited prenatally by a child upon the child’s mother.

Since Roe, innocence is no longer adequate protection in law against arbitrary deprivation of life.

How Did We Fall for This?

How did we come to tolerating a Supreme Court-approved death sentence carried out “lawfully” by the mother’s abortionist on the mother’s innocent child?

How did we allow a multi-billion dollar abortion industry to profit out of the programmed “lawful” killing of over 62 million American children since Roe?

It was all about legalizing the killing of the innocent for what we were conditioned during the sexual revolution to believe was a higher good — equal outcomes for pregnant women. It was about permanently removing from the disadvantaged pregnant woman the immediate cause of her disadvantage measured against men’s superior advantage of never having to be burdened by pregnancy.

But history teaches us: To do what is wrong — to kill the innocent — never delivers equity.

In Roe, the whole constitutional justice system collapsed and was replaced with a system that pursues a superficial equity at the expense of true justice.

The court’s discretion was used in an unjust way. It was dead set on awarding compensation to pregnant women by visiting the guilt of women’s “inequality” upon the innocent unborn and pronouncing them deserving of the death sentence if their mothers so choose.

The Supreme Court must reject these inane demands that continue to dribble down to us from the sexual revolution. It must reject extreme socialist justice — the idea that justice is no longer about separating guilt and innocence but rather about enforcing a radically socialist transformation of our nation.

The progressives’ justice is now about reconfiguring our very nature as human beings. It’s about recklessly mutating natural law to the alleged social and economic advantage of selected “victim” groups.

On just such a perversion of justice did the highest courts in communist Russia and in Nazi Germany predicate their disastrous reforms also deemed necessary to redress inequities.

We must turn back from this madness. Supreme Court justices are jurists — not social workers.

As long as we are endowed by nature with differences, the goal of perfect equity is out of reach. Maybe one day the scientists can homogenize us into identical robots, all with the same color, sex and abilities.

But right now that’s not the work of Supreme Court justices. They must return to being faithful to the Constitution — “in Order … to establish Justice” once again.