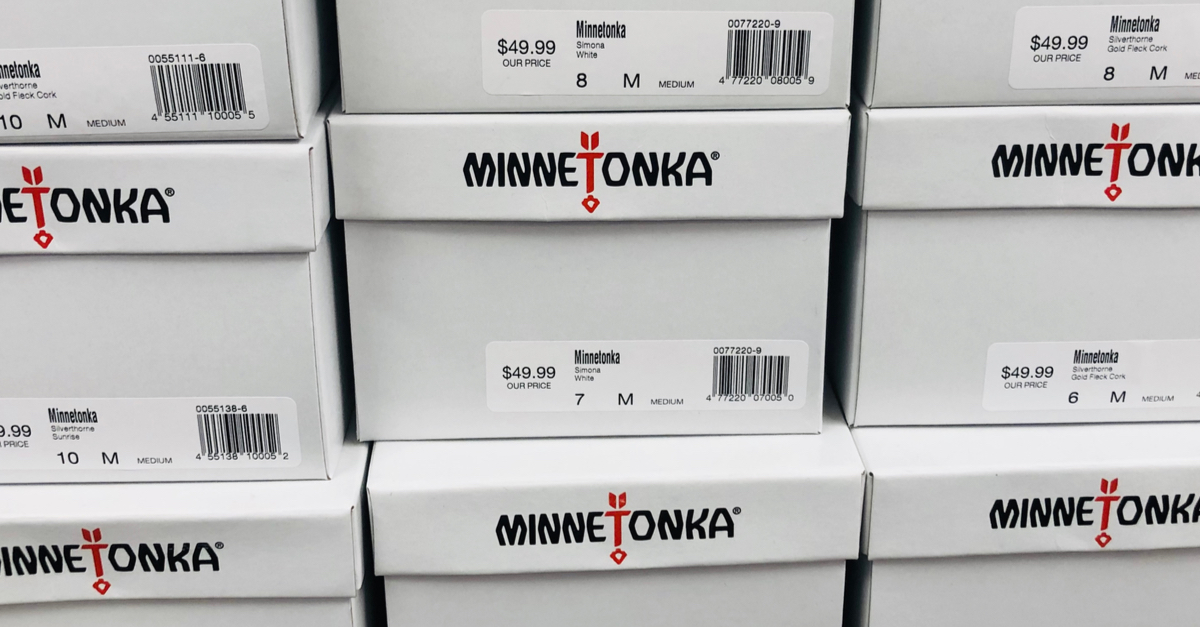 There’s a dirty little secret about “wokeness” that nobody wants to admit, but it’s ostensibly true:  It’s dividing our nation down the same lines that we’ve spent hundreds of years trying to erase.

For instance, let’s use the example of a white person wearing a sombrero while they’re drinking a Corona on Cinco de Mayo.  In this example, the Corona beer is fine, but the sombrero would cause the woke among us to rouse from behind their New York Times and give us all a monologue about how inappropriate that is.

There is no doubt that both the Corona beer and the sombrero lend themselves to being props in some insensitive jerk’s not-funny, drunken quips, but they are not prerequisites to hate alone.  That is imbued only by the user.

And so the line has to be drawn somewhere, lest we wish to segregate cultures and cultural items into categories of offensiveness, thereby defeating the point of living in a beautifully diverse world.

For Minnetonka, the line was drawn at moccasins.

The Minneapolis-based footwear company Minnetonka is not actually run by Native Americans, its CEO acknowledged on Monday.

David Miller issued the statement on Indigenous People’s Day apologizing for profiting off Native culture and pledging to do more to support Indigenous communities going forward. He noted that Minnetonka first publicly apologized for this appropriation in the summer of 2020, calling that step “long overdue.”

“We recognize that our original products, some of which are still sold today, have been appropriated from Native American culture,” Miller wrote. “We deeply and meaningfully apologize for having benefited from selling Native-inspired designs without directly honoring Native culture or communities.”

Minnetonka has no plans to stop selling these items, however, which may very well express the fact that this lip-service is meant to quell the woke army for the time being.