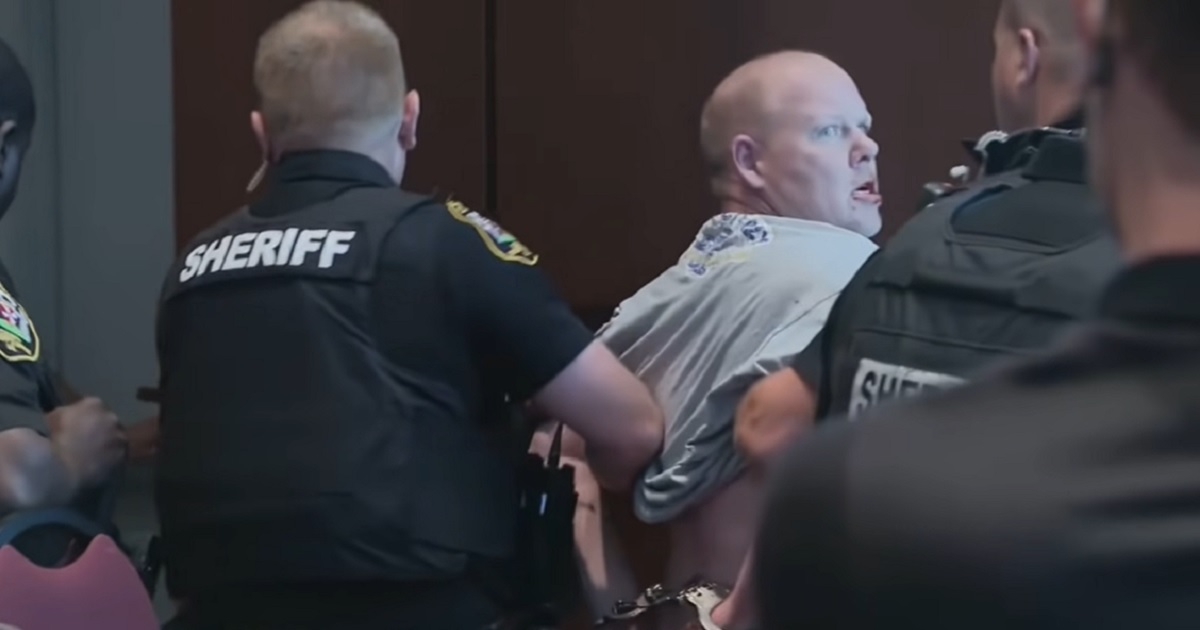 The following article, Loudoun County Dad Says His Daughter Was Raped by Boy in Girls’ Bathroom and School Tried to Cover It Up, was first published on Flag And Cross.

When Scott Smith went to the Loudoun County school board meeting on June 22, he says he had one intention — to tell the story of his daughter’s rape.

One of the items to be discussed at the meeting was a proposed school district policy that would allow students to enter their bathroom of choice based on their “gender identity.”

A number of protesting parents had gathered to voice their opinions. Others supported the policy, denouncing their more conservative peers as bigots.

School superintendent Scott Ziegler assured parents that there is no reason to be concerned over the inclusion of transgender students in bathrooms and locker rooms.

When Beth Barts, a member of the school board, asked at the meeting if the school district had “assaults in our bathrooms or locker rooms regularly,” Ziegler said that wasn’t a problem.

“To my knowledge, we don’t have any record of assaults occurring in our restrooms,” he said, according to The Daily Wire (subscription required).

“Have we had any issues involving transgender students in our bathrooms or locker rooms?” Barts asked, according to The Daily Wire.

“Time Magazine in 2016 called that a red herring, that the data was simply not playing out that transgender students were more likely to assault cisgender students in restrooms than were other students,” he said, according to The Daily Wire. “In fact, regardless of the gender identity of the student, if a crime or violation of the rules were committed, that would be investigated and dealt with to the full extent of the rules or the law …”

“I think it’s important to keep our perspective on this, we’ve heard it several times tonight from our public speakers, but the predator transgender student or person simply does not exist.”

But, according to The Daily Wire, Smith knew these words to be beside the point. He said his child, a ninth-grade girl, had been raped in a girls’ bathroom by a “bisexual” boy.

“The point is kids are using it as an advantage to get into the bathrooms,” he told the outlet.

As Smith was getting ready to say his piece at the meeting, he told The Daily Wire, a left-wing community activist approached and told him that she did believe his daughter. Strange how quickly the left’s “believe all women” motto has turned into “believe only the women who further our political agenda.”

A shouting match between the two then ensued. This led to a police officer pulling on Smith’s arm. He yanked away, was then hit in the face, handcuffed and dragged out of the meeting, The Daily Wire reported.

Video of the arrest was posted to YouTube by WTTG-TV, Fox 5 in Washington:

On Aug. 11, the school board finalized its vote to approve the new transgender policy without having heard Smith’s testimony. Following his arrest, Smith had been banned from entering the school board building, according to The Daily Wire.

So, the school board never heard the following account:

When Smith was called to the school that day, he’d just been told that his daughter had been assaulted. But after he arrived, The Daily Wire reported, “he determined that what had happened was not a case of his daughter being beaten up: It was far more serious.”

However, the school told Smith it was going to handle the incident “in-house,” apparently meaning without involving law enforcement. Smith said he lost his temper.

“Deputies from the sheriff’s office ultimately responded to the school — not to investigate the alleged rape of a child, Smith said, but because school administrators called them on him for making a scene about it,” The Daily Wire reported.

Still, Smith said at least some good came of his arrest that day. Because of it, he told The Daily Wire, his daughter was taken to the hospital, where swabs were taken for a rape kit that would strengthen a prosecution in the case.

Although juvenile records are sealed, the Loudoun County Sheriff’s Office responded to a Daily Wire public records request by confirming that a report with “Offense: Forcible Sodomy [and] Sexual Battery” matching the date and location of Smith’s claim does, indeed, exist.

Smith said he’d been assured by prosecutors that the suspect in his daughter’s case was being held responsible and was expected to plead guilty to a lesser sexual assault charge at a hearing scheduled for Oct. 14.

However, on Oct. 6, a 15-year-old was charged with sexual battery and abduction after he allegedly forced a young girl into an empty classroom and assaulted her, according to a release from the Loudoun County Sheriff’s Office.

And, as it turns out, this is the same boy as the suspect in Smith’s daughter’s case, various sources confirmed to Smith’s attorney and The Daily Wire.

Smith doesn’t come off like a vengeful father — The Daily Wire reported that he was even amenable to the suspect receiving the lesser charge in his daughter’s case.

He merely attended the school board meeting on June 22 to make sure what he said happened to his daughter never happens to another girl in Loudoun County.

But after being provoked by a pro-LGBT activist who accused his daughter of being a liar, Smith faced possible jail time for disorderly conduct, even though such cases are almost universally dropped, according to Lancaster.

The lead prosecutor in Loudoun County, Buta Biberaj, took it upon herself to personally prosecute Smith’s case, The Daily Wire reported, a decision the outlet attributed to Biberaj’s close relationship with the progressive members of the Loudoun County school board.

Smith was convicted Aug. 17 of disorderly conduct and resisting arrest, according to LoudounNow, a local online news outlet.

Biberaj won the office in a 2019 election, after she received $845,000 in campaign funds from billionaire George Soros, according to The Daily Wire. Her Republican opponent spent a total of $113,000, The Daily Wire reported.

In recent years, Soros’ money has been behind a “rogue prosecutors movement,” where candidates ran on an extremely progressive platform of leniency and alternatives to incarceration.

Despite a soft-on-criminals philosophy, Biberaj sought jail time for Smith. He was sentenced to 10 days behind bars, but it was suspended as long as he stays out of trouble for a year, according to LoudounNow.

Given Biberaj’s radical political leanings, her push for a harsher sentence should come as no surprise.

To progressives like her, Smith is nothing more than a domestic terrorist.

Continue reading: Loudoun County Dad Says His Daughter Was Raped by Boy in Girls’ Bathroom and School Tried to Cover It Up ...