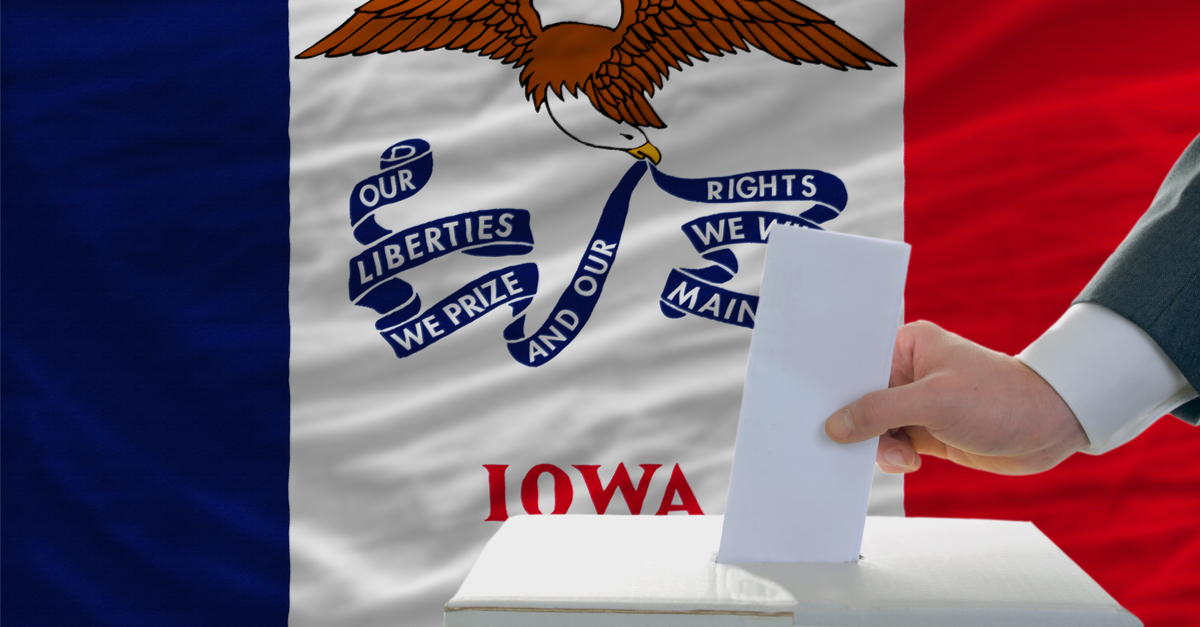 In what many are viewing as a sign of things to come for Democrats in 2022, a Republican pastor on Tuesday took a state House seat in a district that has been a Democratic Party stronghold for decades.

The Newton Daily News reported Jon Dunwell, 55, has been declared the winner of the special election in Iowa’s House District 29.

The area of central Iowa, just east of Des Moines, has gone to Democrats by large margins in recent years, although in 2020, the margin of victory for former Democratic state Rep. Wesley Breckenridge was only 3.1 percentage points over Dunwell, who has continued to campaign and connect with voters.

In 2018, Breckenridge defeated GOP challenger Ann Howell 58.7 percent to 41.2 percent. In a 2016 election that featured three candidates, the Democrat won with 51.1 percent of the vote.

Republican Patrick Payton carried 37.6 percent of the vote, while third-party candidate Dan Kelley received the support of 11.4 percent of voters.

Breckenridge recently stepped down, and so Dunwell again ran for the seat in a battle against Democrat Steve Mullan. The unofficial results show Dunwell trounced his opponent 59.8 percent to 40.1 percent.

Jasper County Republican Party Chairperson Thad Nearmyer told the Daily News, “This is a seat we’ve been wanting for so long.”

The Republican State Leadership Committee Twitter account touted the victory as a referendum against President Joe Biden on Tuesday evening.

“Congratulations to Jon Dunwell on continuing the momentum for state Republicans in Iowa and across the country this year by flipping Iowa House District 29 red. 1/3

Tonight’s victory in one of the last remaining rural Democrat strongholds in the country is further evidence that the left has sold out middle America to advance the priorities of their coastal elite megadonors.” 3/3

“Tonight’s victory in one of the last remaining rural Democrat strongholds in the country is further evidence that the left has sold out middle America to advance the priorities of their coastal elite megadonors,” RSLC president Dee Duncan said.

Just one month ago, another Republican defeated a Democratic opponent in a state House special election. Mike Bousselot, a conservative, secured Iowa House District 37 for the GOP.

Dunwell’s victory appears to show Iowans pulling away from the Democratic Party at the state level amid a turbulent first year for Democrats in the White House.

“Iowans have spoken loud and clear in these last two special elections about the direction we are taking the state,” Republican Gov. Kim Reynolds said in a statement, according to the Register. “Candidates who stood strongly for parental choice, personal responsibility, and pro-growth policies were successful. And we are just getting started.”

“Jon has flipped a seat held by Democrats for decades,” said Grassley. “This is further confirmation that Iowans are resoundingly rejecting the liberal policies coming from D.C. and influencing the Democratic Party in Iowa.”

Thank you Jesus!! Conservatism and the truth of God’s word always will triumph over deceptive policy agendas.

Evidently no Dominion voting machines were used in this election.