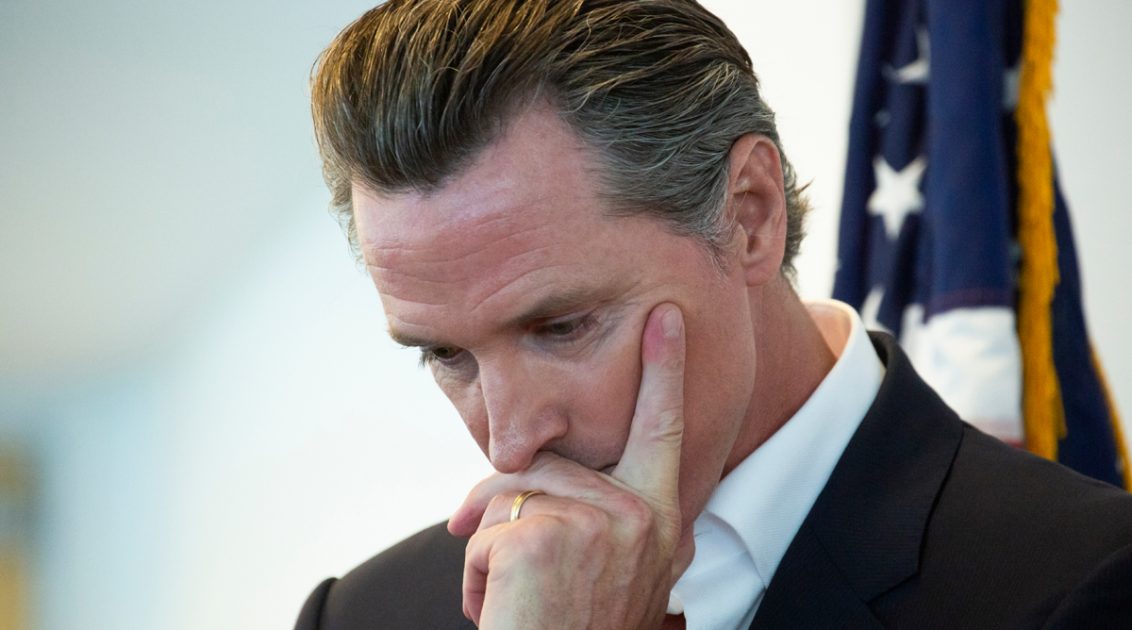 The following article, Dem. Calif. Gov’s Own Daughter Isn’t Vaxed Despite His Vax Mandates, was first published on Flag And Cross.

Despite his constant demands that everyone take the COVID vaccine, California’s Democrat Governor, Gavin Newsom, hasn’t even had his own daughter vaccinated.

Isn’t this just like a Democrat? Do as I say, not as I do. Here we have one of the nation’s loudest vaccine pushers and he won’t even get his own family vaxed.

The governor said, according to the Los Angeles Times, that his daughter has not been vaccinated because she has “a series of other shots to get first.”

Last week, California became the first state in the country to implement a vaccine mandate for school children at least 12 years of age following approval from the Food and Drug Administration. This, after the city of Los Angeles in September required public school students ages 12 and up to get their shots.

“Our schools already require vaccines for measles, mumps, and more,” Newsom said of the statewide mandate for students. “Why? Because vaccines work.”

Newsom has spent the last two years making proclamations about the virus while turning around and violating his own orders.

He shut down businesses, but somehow “accidentally” left the area where the wineries he owns open for business. He shut down everyone’s restaurants, then he turned up maskless at a super expensive restaurant that he made open just for him and his high-dollar pals.