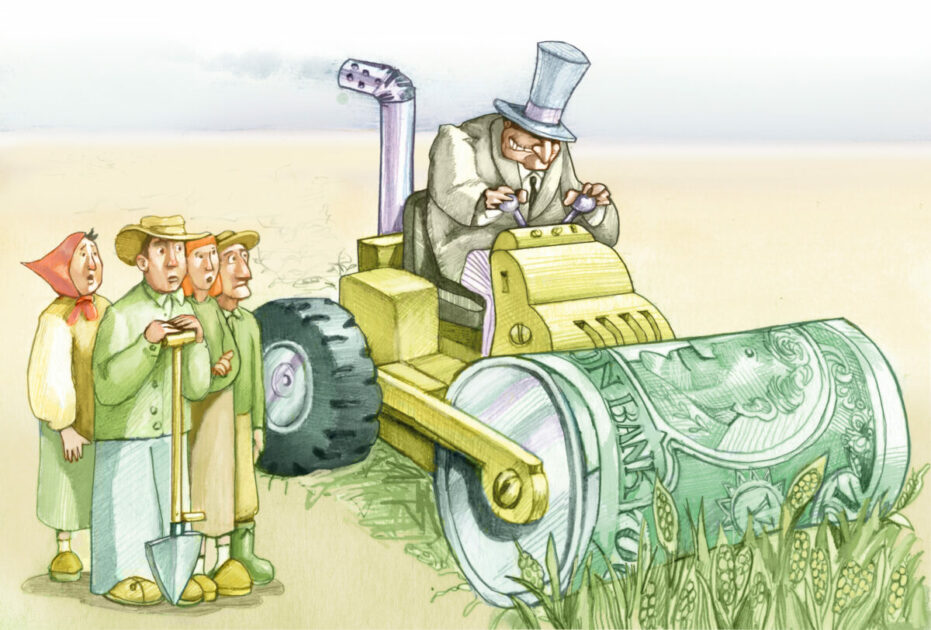 On Friday, President Joe Biden announced his plans to redesignate nearly two million acres of land as national monuments. Despite attempts by many to paint the move as a positive development, it is another clear example of overreach by the federal government.

According to a Thursday news release from the Department of the Interior, Biden plans to “restore protections” to the Bears Ears and Grand Staircase-Escalante national monuments in Utah.

Former President Barack Obama designated Bears Ears National Monument in 2016 after pressure from tribal nations, the department said. The monument originally spanned 1.35 million acres, all of which were under the supervision of the Bureau of Land Management and the U.S. Forest Service.

Grand Staircase-Escalante was established as a national monument in 1996 by former President Bill Clinton. After three adjustments from Congress, the monument came to encompass 1.87 million acres.

In 2017, former President Donald Trump announced the significant reduction of both monuments. Bears Ears National Monument was reduced to 228,000 acres, and Grand Staircase-Escalante was cut nearly in half to about 1 million acres.

At the time, NPR reported that many Native Americans were upset by Trump’s decision.

“The Navajo Nation has made repeated requests to meet with President Trump on this issue,” Navajo Nation president Russell Begaye said in a statement. “The Bears Ears Monument is of critical importance, not only to the Navajo Nation but to many tribes in the region.”

However, Trump made clear that the move was not meant to strip land from Native Americans, but rather to put decisions about the land back in the hands of the people who live there.

“No one values the splendor of Utah more than you do … and no one knows better how to use it,” Trump told a crowd in Utah during the announcement of the reduction.

Trump did not make the decision on his own, either. He had the support of Utah Sens. Orrin Hatch and Mike Lee, according to NPR.

By reducing the amount of land controlled by the federal government, Trump gave the people of Utah — including Native Americans — control over land that was rightfully theirs.

Nonetheless, Biden felt the need to undo Trump’s work and bring the land back under federal control. Predictably, the Bears Ears Inter-Tribal Coalition praised the move.

“By taking this action, President Biden will be recognizing the deep and enduring ancestral and cultural connections that Tribes have to this landscape and taking a step toward honoring his commitment to Indigenous People by acknowledging their original place in this country that is now our shared home,” the group said in a statement.

“The Bears Ears Intertribal Coalition looks forward to the President’s continued leadership in ensuring that a new model of collaborative management between the Tribes, state and federal land agencies is immediately put into action and that a comprehensive Land Management Plan can be developed for the greater Bears Ears landscape.”

The problem with that statement is that the federal government should not have a say in those conversations. Instead, Native Americans should be working directly with the state of Utah to develop plans for the land.

This is not the first time during the Biden administration that bureaucrats have signaled their lust for more land and power. Last month, the Interior Department announced plans to relocate the headquarters of the Bureau of Land Management to Washington, D.C.

Trump had previously moved BLM headquarters from D.C. to Grand Junction, Colorado. Its relocation back to Washington hints at its increased ties to the political elite under the Biden administration.

“There’s no doubt that the BLM should have a leadership presence in Washington, D.C. — like all the other land management agencies — to ensure that it has access to the policy-, budget-, and decision-making levers to best carry out its mission,” Interior Secretary Deb Haaland said in a statement.

Contrary to leftist belief, not everything needs to be federalized.

Instead of letting the state of Utah consult with Native American organizations and other groups with a vested interest to determine the best use of its land, Biden has once again turned to federal government expansion as the solution.

If recent actions are any indication, the Biden administration does not plan to stop its land-grabbing any time soon.