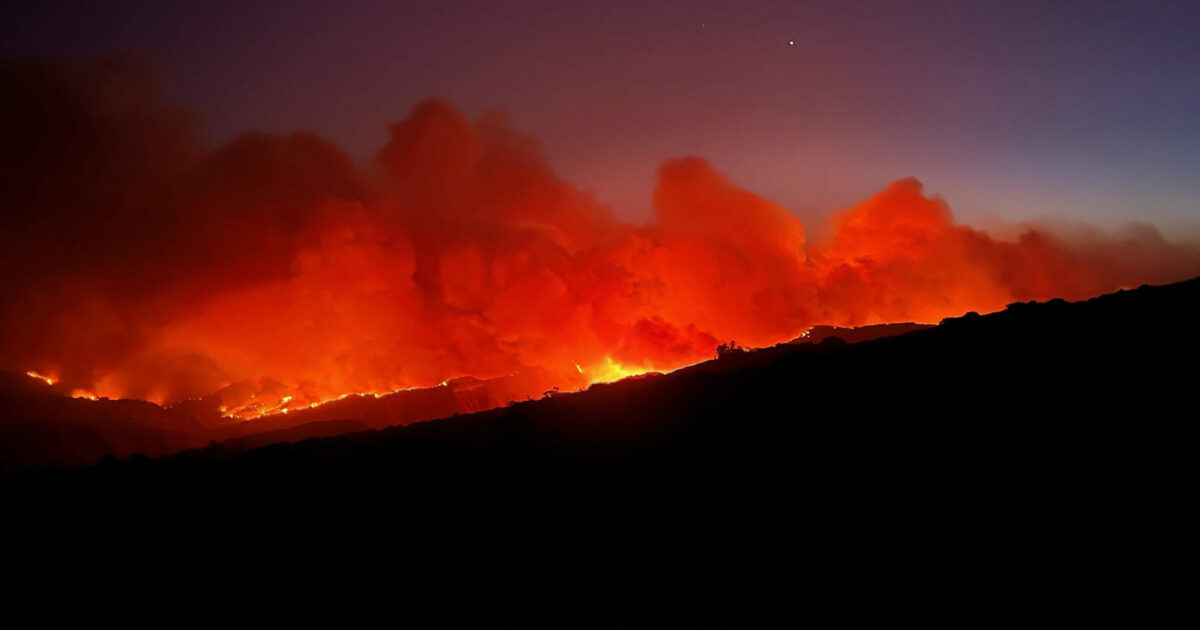 The following article, 800 Firefighters Battling Wildfire as It Nears Reagan Ranch, was first published on Flag And Cross.

As many as 800 firefighters have responded to a call to fight the growing Alisal Fire approaching former President Ronald Reagan’s Rancho del Cielo in Santa Barbara, California.

As of 4 p.m. local time Tuesday, officials reported the fire was burning 9,000 acres or more, according to the Santa Barbara Independent.

By Wednesday afternoon, Young America’s Foundation reported the fire had spread to more than 13,000 acres.

“The fire started on Monday, October 11, near the Alisal Reservoir and has covered more than 13,000 acres. The fire has attracted national media attention and has closed Refugio Road and portions of Highway 101,” the organization noted on its website.

“Young America’s Foundation has emergency personnel on site, and our fire suppression systems are tested and ready to go. We are in direct contact with emergency officials and fire service personnel are on the Reagan Ranch property.”

In addition, roughly 800 firefighters have been deployed to the area.

“An estimated 800 fire fighters have been deployed to fight this blaze. Our team has confirmed that tanker airplanes, bulldozers, and other necessary equipment has been dispatched to help protect the Reagan Ranch and surrounding properties from this fire,” the statement said.

“Continued prayers for all of the fire fighters taking on the blaze near the Reagan Ranch. Our team has all of our fire suppression equipment ready to protect the ranch home and tack barn. More than anything, we want everyone to be safe!” Walker tweeted on Tuesday.

Continued prayers for all of the fire fighters taking on the blaze near the Reagan Ranch. Our team has all of our fire suppression equipment ready to protect the ranch home and tack barn. More than anything, we want everyone to be safe! pic.twitter.com/vTTox0pYbv

The fire was photographed by Andrew Coffin from Young America’s Foundation near the Reagan ranch.

All ranch systems have been tested and stand ready, according to Coffin, as the fire nears the home of the well-known ranch. 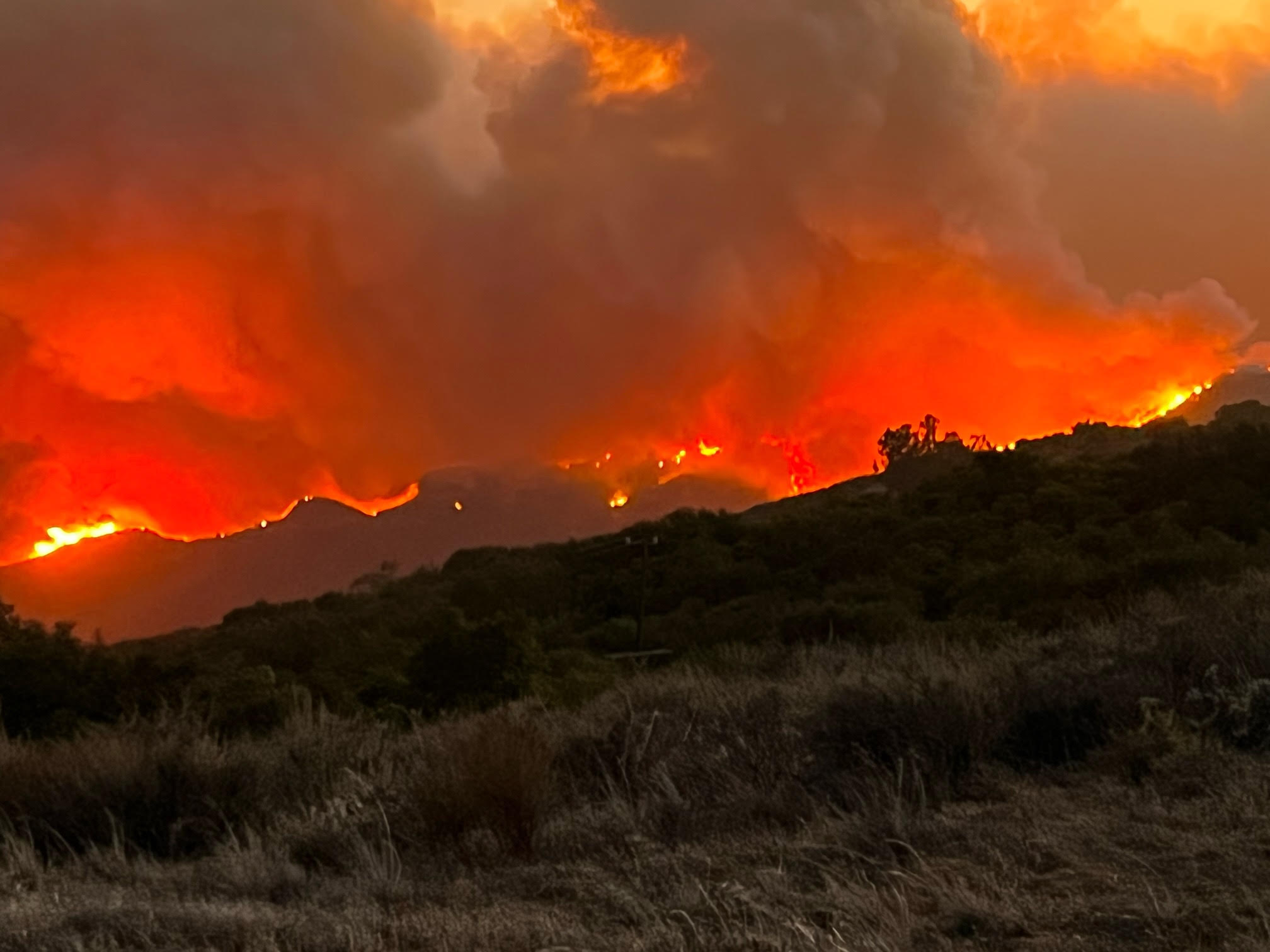 Photos revealed the raging fire over the mountain landscape near sunset Monday evening. 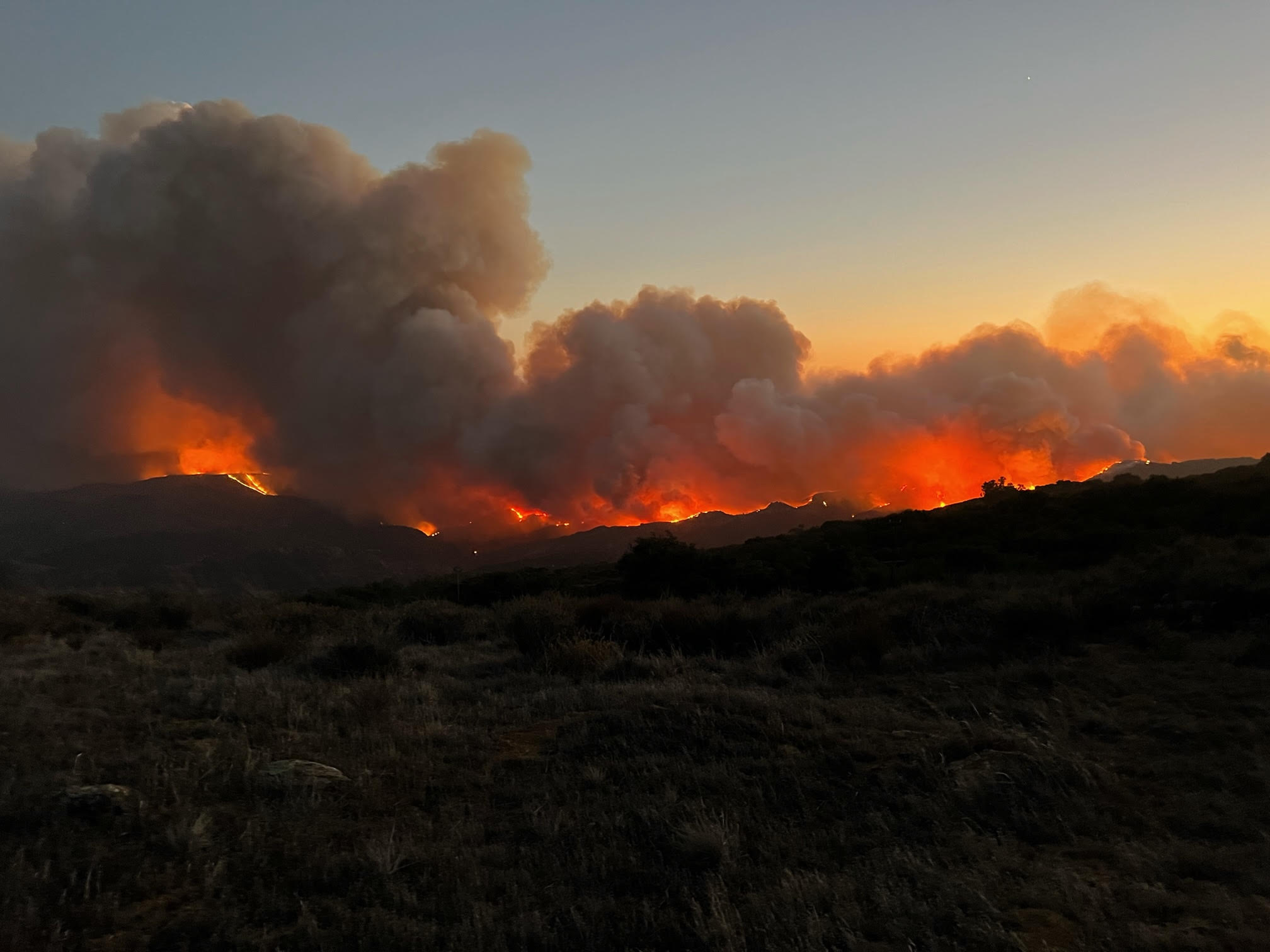 Night photos offered an eery look at the fast-growing fire moving across the wilderness of southern California. 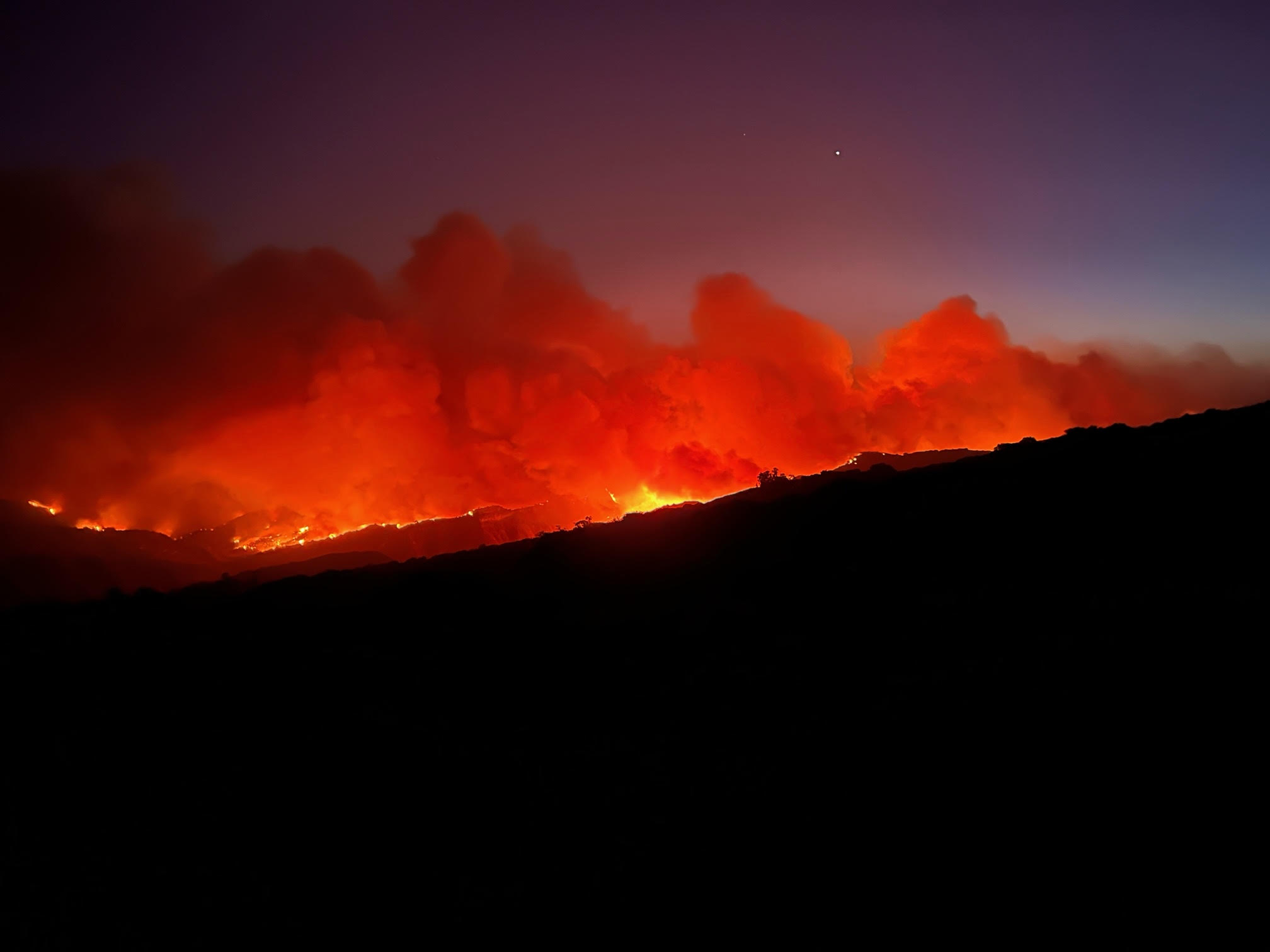 An aerial video from Refugio Canyon also offers an additional look at the widespread fire.

Some areas have been evacuated, while nearby areas are on alert for potential upcoming evacuation.

Here’s a view of the #AlisalFire from Refugio Canyon. Video by Erick Madrid. pic.twitter.com/rO5OrZHWCH

This is a developing story. Updates may be added.