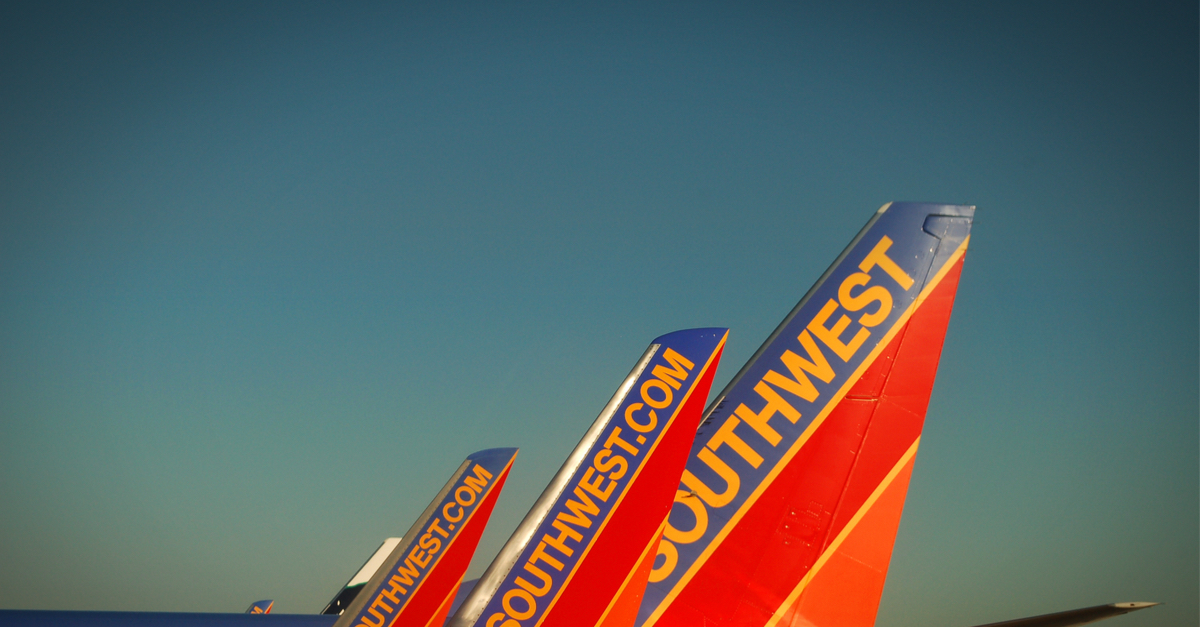 Southwest has long been one of the nation’s most beloved airlines, thanks to its price structure, quirky features, and friendly staff, but there isn’t enough of that last quality to go around at the moment.

The airline has canceled approximately 2,000 flights over the course of the last several days, just after the Southwest pilots’ union suggested that the company abandon their forthcoming COVID-19 vaccine mandate.  Southwest attempted to blame these disruptions on air traffic control issues and the weather, but astute observers realized that the percentage of canceled Southwest flights among the number of all canceled flights was an indicator of the locality of the problem.

Now, the same pilots’ union that wanted the company to do away with the vaccine mandate is suggesting that the issues Southwest faces today were years in the making…and they had seen it coming.

When asked by CBS News if there was any chance the disruption could have been caused by pilots calling out sick over the company’s vaccine mandate, Capt. Casey Murray, president of the Southwest Airlines Pilots Association, said that was not the case and that the airline’s pilot sick rate for this weekend was “right in line with what was occurring this summer.”

“So outside of air traffic control and weather, you point the blame squarely where?” CBS News correspondent Errol Barnett asked.

“Squarely on Southwest, I point to how they manage the network and how their I.T. also supports that network. Once a little hiccup occurs due to the internal processes, our pilots aren’t getting to where they need to be. We’ve been sounding this alarm for about four years and have seen very little approach to correcting it,” Murray said.

Southwest’s stock has taken a tumble on the news, having dropped nearly 3% on the week as of the market’s close on Tuesday.