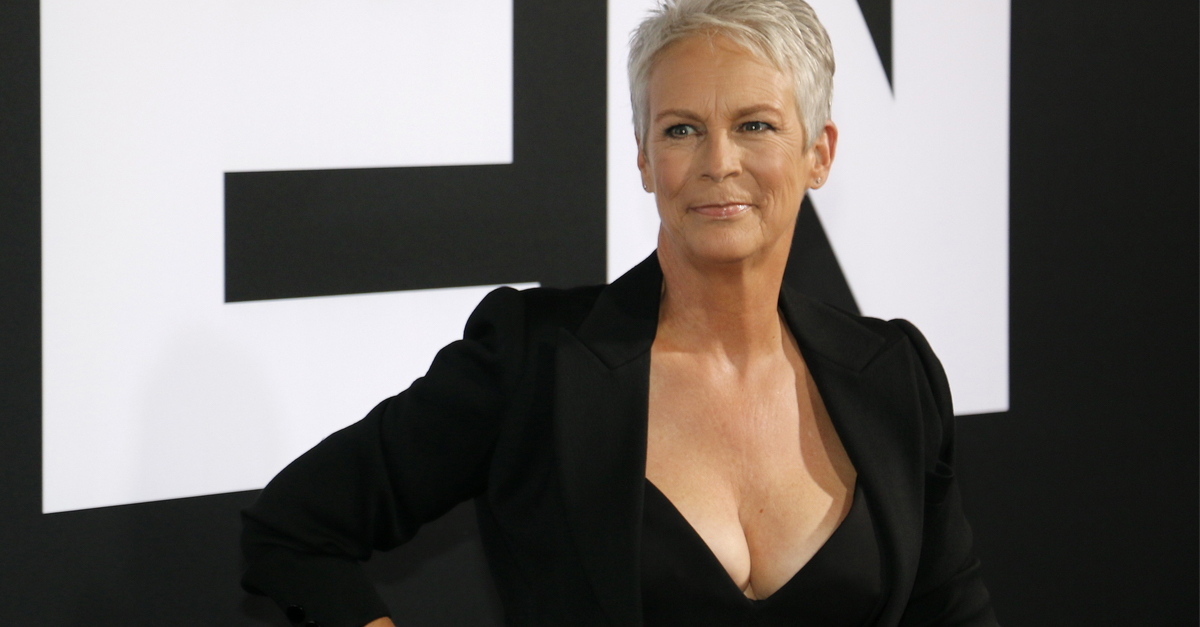 Hollywood has long been filled with liberal narratives and radical leftist ideology.  The wealthy elites who inhabit the culture, city, and industry of Tinsel Town lean left more consistently than that tower in Pisa, Italy.  Americans have learned to live with this, just so long as the work they produce isn’t overtly politically charged or hateful toward certain cultural demographics.

This week, however, one of Hollywood’s most famous actresses has suggested that her latest schlocky horror movie is actually a high-brow take on the January 6th insurrection.

In a interview with filmmaker Eli Roth on the “History of Horror” podcast, Jamie Lee Curtis explained that the last two Halloween movies — Halloween in 2018 and Halloween Kills, which opens Friday — are part of a planned trilogy she is making with director David Gordon Green.

Curtis said the 2018 Halloween movie reflected the themes of the #MeToo movement, including the notion of women seizing power.

“[When] we were launching the 2018 movie, it was right in the center of the MeToo movement,” she said. “And so women taking power and speaking truth to power and voicing their experiences as trauma victims was echoing all over the world when we released that movie — a movie about a woman taking power from her trauma against her oppressor.”

“So I think there was this spectacular confluence of life and evolution of women and Laurie Strode coming to grips with Michael Myers.”

Halloween Kills picks up on the same night where the previous movie ended, with a wounded Laurie Strode (Curtis) fleeing her burning house.

“The second movie is about mob violence,” the actress said.

“We have just in America watched a mob descend on January 6 with nooses and stun guns and members of Congress in the building,” she continued. “And we all watched it on TV.”

Curtis described the new movie as the story of a “mob descending together,” comprised of people who are going “to take matters into their own hands.”

The movie itself has garnered less than enthusiastic reviews, with one critic going so far as to say that the series appears to be “stuck” in 1978.