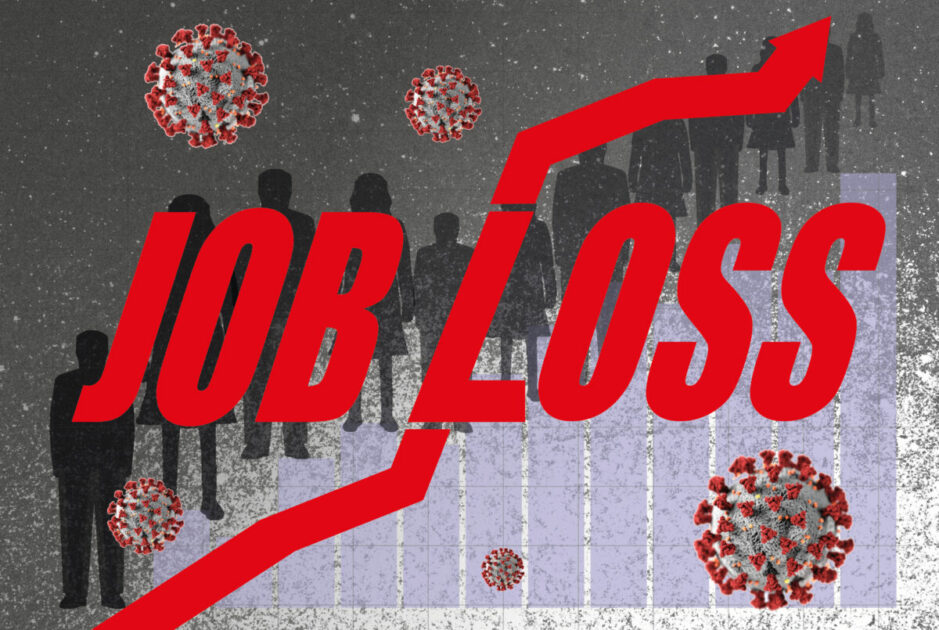 September’s underwhelming jobs report showed minuscule gains that fell over 300,000 short of predictions. But if you listened to President Joe Biden on Friday, you would have thought the report was a great win for the country.

“The monthly totals bounce around, but if you take a look at the trend, it’s solid,” Biden said. “In total, the job creation in the first eight months of my administration is nearly five million jobs. Jobs up, wages up, unemployment down. That’s progress.”

As usual with the Biden administration, those numbers are taken completely out of context. With all of the necessary context taken into account, the jobs report looks a lot more like a regression than progress.

According to CNBC, America lost over 22 million jobs in March and April of 2020. That was, of course, due to the onset of the coronavirus pandemic and the subsequent lockdowns.

Since then, CNBC’s data shows about 17.3 million jobs gained, about five million of which have come during the Biden administration. This means the U.S. is still regaining jobs from before the pandemic. Nearly five million lost jobs have yet to be “re-created.”

The term “job creation” is, in this case, misleading. The gains under Biden have largely been thanks to the return of jobs created before he took office, not new jobs he actually created himself.

No matter who was in office after the lockdowns, America was going to see job gains amid a recovery from an artificial downturn. However, Biden’s senseless economic policies have actually made that recovery much more sluggish than expected.

Dow Jones estimated 500,000 jobs would be created in the month of September. Instead, non-farm payrolls rose by a measly 194,000.

Kyle Martinsen of the Republican National Committee noted on Twitter that despite Biden’s dishonest characterization, his jobs plan has been disastrous.

Biden, of course, is calling this “progress” https://t.co/jdTvTcr3AX

As for the unemployment rate, it dropped to 4.8 percent in September, down from 5.2 percent the month prior. According to CNBC, that rate was “the lowest since February 2020.”

The outlet failed to mention that unemployment in February 2020 was just 3.5 percent under former President Donald Trump. Before the pandemic, unemployment had stayed at or below four percent since January 2018.

While unemployment is down from previous months, it is still over a percentage point higher than it was in pre-pandemic America under Trump. That is hardly a win for the Biden administration.

Biden’s claim that increased wages are a sign of “progress” is dishonest, as well. Companies have been forced to offer outrageously high wages because they can’t find workers.

For example, WGN-TV reported in July that a McDonald’s restaurant in Belmont, North Carolina, was offering up to $20 an hour for new employees. That’s in a state where the minimum wage is $7.25.

Some leftists — who want the minimum wage raised anyway — see this as a good thing.

What these people don’t understand is that McDonald’s is one of the few businesses that can afford to pay people $20 an hour to flip burgers. The local mom-and-pop restaurant that is already struggling to recover from unnecessary lockdowns does not have the same luxury.

If this trend continues, only huge franchises will survive. Small businesses will be forced to close.

Furthermore, the reason McDonald’s has to offer $20 an hour is at least partly because of the Biden administration’s propensity to throw money at everyone. With the increased unemployment handouts in Biden’s stimulus plans, businesses were forced to compete for workers not just among themselves, but also against the government.

Most of those expanded benefits finally expired in September, CBS News reported. But their effects are still being seen across the country.

The bottom line is that Biden painted a deceptive picture of the job market on Friday. Many Americans will take his comments at face value without understanding the context around them.

The Biden administration has set the country on a dark path in many ways, and that includes the economy. It’s time for the president to start addressing the issue instead of pretending it’s not there.