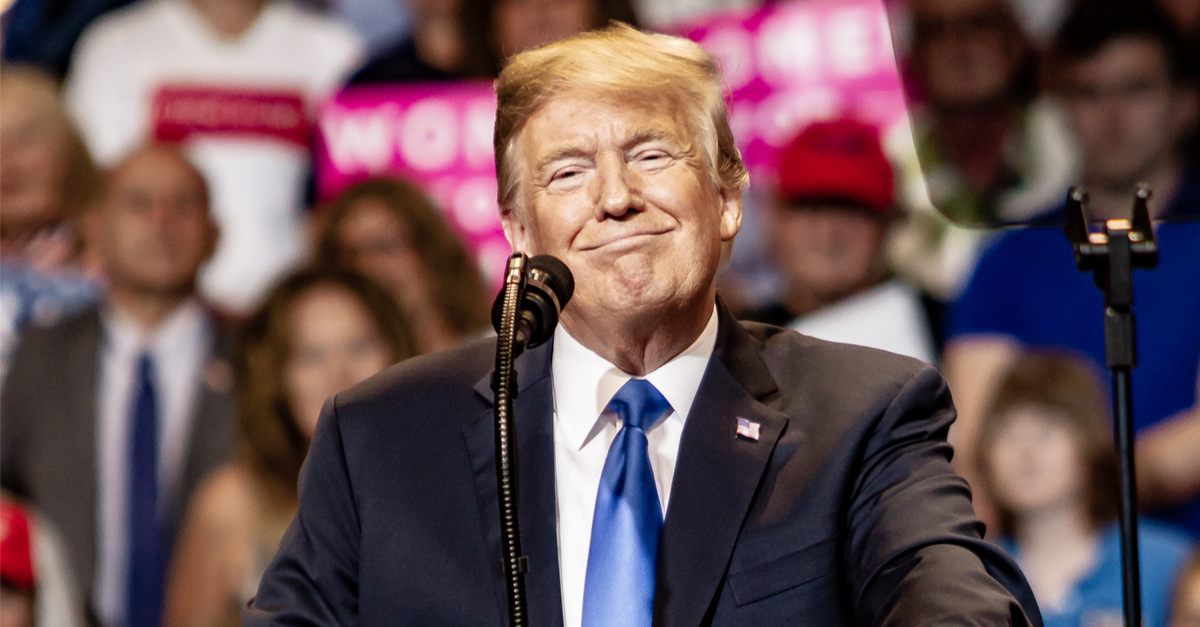 The following article, OK, He’s Running, But Trump Was Talked Out Of Announcing 2024 Bid Until After MidTerms, was first published on Flag And Cross.

The former President is certainly acting as if he will run, but there is political value in how and when that announcement is made, and Trump’s advisers believe now is not the time. They’ve convinced him not to announce a run until after the 2022 midterm elections. Otherwise, his candidacy might drive a higher Democratic Party turnout for the midterms.

As former President Donald Trump’s flirtations with another run in 2024 continue, he reportedly came close to making an announcement during the US military’s withdrawal from Afghanistan.

Back in August during the most tense stages of the exit, Trump wanted to make the announcement “right away,” according to three people with direct knowledge who spoke to The Washington Post.

An announcement would force a reshuffling of his newly formed fundraising apparatus, advisers argued, and could complicate his ability to appear on broadcast television without triggering equal time rules.

The issue seemed to revolve around Congress.

However, Trump was eventually talked out of it when advisers explained to him how such a move may hurt Republican efforts to retake the House and Senate in the 2022 midterms, as well as logistical challenges on the fundraising front, according to The Post.

“The biggest point we drove home was that he doesn’t want to own the midterms if we don’t win back the House or Senate,” one of the anonymous advisers told The Post.

“He tacitly keeps the 2024 crowd on notice that nobody can move a major muscle until he decides what he’s doing. As for 2024, there has been a shift from intention to urgency as he watches in horror the many failings of this administration.”

Trump’s hints at a 2024 run did continue last week. However, with the former President readily boasting that he’d beat Florida Governor Ron DeSantis in the coming presidential primary, should the Sunshine State Gov. decide to give it a go. But It is doubtful DeSantis will choose to run if Trump does. The same applies to other Republicans testing the waters, such as former VP Mike Pence and former Sec. of State Mike Pompeo.

Beyond that, his organization is actively fundraising based on House and Senate races. But the fundraising emails (I get 2-4/day) seem to be winning control of Congress rather than for specific candidates.

Expect To see Trump continue acting as if he was running and fundraise without making an announcement until after the 2022 election. But unless something drastic happens, Trump will be announcing very soon afterward.

Continue reading: OK, He’s Running, But Trump Was Talked Out Of Announcing 2024 Bid Until After MidTerms ...