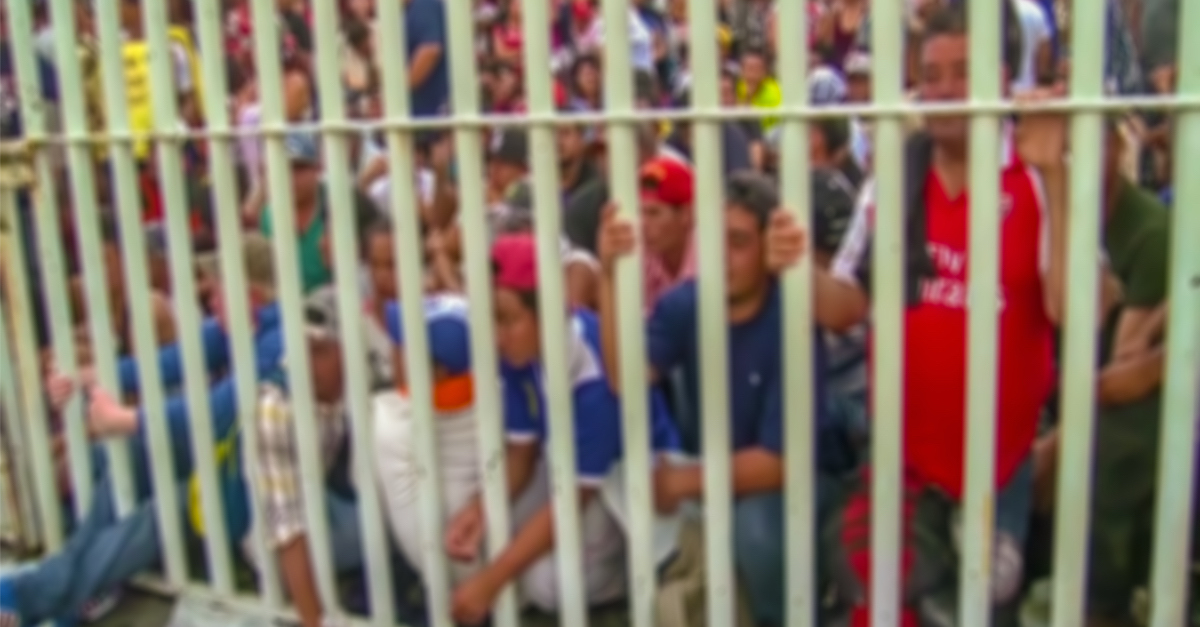 The following article, 30+ GOP House Members Demand Answers from Biden RE Border Crisis, was first published on Flag And Cross.

Nearly three dozen Republican House members sent a letter to President Joe Biden on Friday to demand answers regarding the border crisis, writing that Americans are “fed up” with the president’s false reassurances.

“The recent surge of illegal aliens entering the United States in Del Rio, Texas, demands that you finally give the border crisis that you created the attention it deserves,” the letter read.

“The American people are fed up with false reassurances that the border is closed,” it added.

“There is one main driver for the current surge of illegal immigration: your policies have left the border open,” the letter argued.

The lawmakers wrote that the border crisis is “directly linked” to Biden’s refusal to follow border laws.

“The surge of aliens into Del Rio and the accompanying lawlessness that developed because of the surge is directly linked to your refusal to comply with [District Judge Matthew Kacsmaryk’s] order,” the letter read.

Arizona Republican Rep. Andy Biggs, one of the signers, released a statement along with the letter.

“It is well past time for President Biden to acknowledge the border crisis that he has created and enforce laws to secure the border,” Biggs said.

“Biden has worked overtime to erase Trump administration policies and programs, like Remain in Mexico, that were securing our border and discouraging illegal immigration. We are demanding that the President provide Congress with accurate information about the extent of the border crisis so that we can understand the full impact of his open border policies,” he added.

I just sent a letter to President Biden demanding answers about his handling of the border crisis.

Check out the full letter below! pic.twitter.com/4n9silmT6X

Texas Republican Rep. Chip Roy also tweeted his support as one of the signers of the letter.

“Further delay in restarting MPP is harmful to the
safety and sovereignty of our nation.”

“Until you begin implementing policies to discourage illegal immigration, aliens will continue to surge
across our border.”

More from Reps. Biggs, Roy and others

On Thursday, Roy blasted Democrats in a video from the U.S. Capitol regarding the border crisis.

“Democrats don’t care about the truth [or] about what’s actually happening to these human beings,” Roy said.

“Democrats don’t care about the truth [or] about what’s actually happening to these human beings.”

Rep. Roy blasted Dems for the false compassion evidenced by their continued failure to address the border crisis: https://t.co/6Dgwwf1cpg

The lawmakers noted they expect answers by Oct. 22.