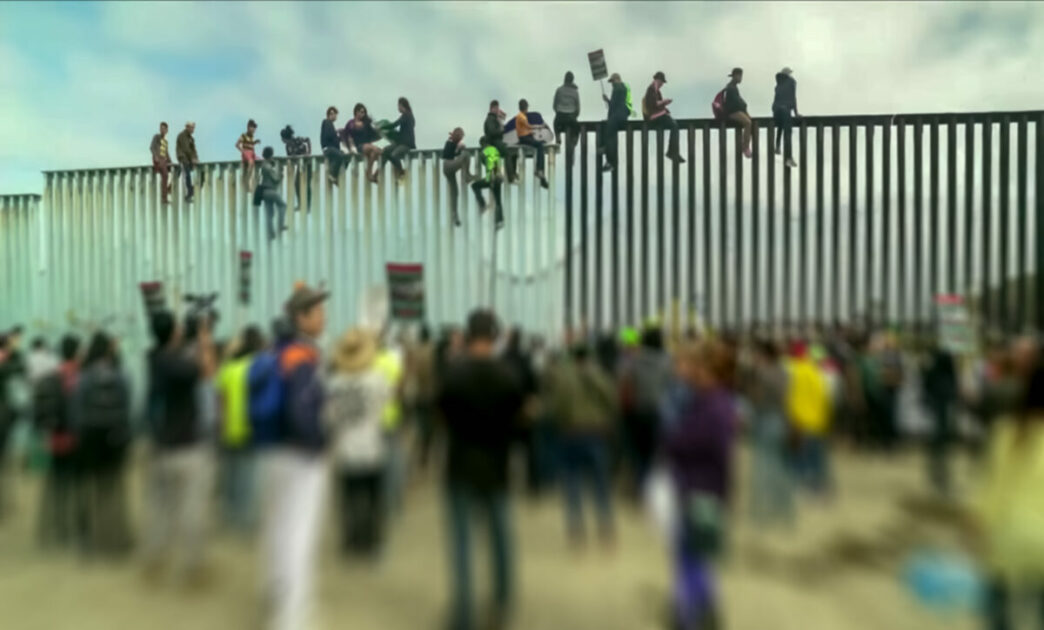 The following article, ‘We Are Ready for War’: Leader of Migrant Caravan Says Nothing Will Get in His Way of Making It to US, was first published on Flag And Cross.

An army of 60,000 illegal aliens, mostly Haitians, is expected to flood the U.S. border in the coming weeks, and a second caravan is waiting in the wings preparing to further barrage the United States.

One of the people spearheading the next migrant invasion is Irineo Mujica, a dual citizen of Mexico and the United States who is director of the leftist advocacy group Pueblo Sin Fronteras (People Without Borders), Border Report revealed Tuesday.

Mujica warned that he and his caravan of illegal aliens “are ready for war” and will reach the United States with or without the consent of governments standing in their way.

“We are leaving in 20 days,” he vowed Tuesday on social media, according to the report. “We prefer to march with [travel] papers. […] And this time, with papers or without papers, we are ready for war.

“If the National Guard comes and they are cowardly enough to beat women and children, let them prepare because God’s hand is with us.”

Mujica’s words came amid mounting frustration that the Mexican government has begun detaining caravans barreling through Mexico en route to the United States.

Mexico recently started intercepting caravans at the behest of the Biden administration amid escalating alarm among Americans about the daily invasions.

The United States gives Mexico an average of $320 million in aid every year, in part to incentivize it to secure its own border so its residents won’t sneak into America.

When former President Donald Trump was in office, he worked with Mexico’s leader to stem the influx of illegal aliens.

After Biden took office, that arrangement went out the window, and the border devolved into an open door for armies of unvetted migrants from numerous countries.

Some 60,000 mostly Haitian migrants are heading to Texas right now, the Washington Examiner reported Tuesday. That’s on top of the 20,000 Haitians who illegally crossed into Del Rio last month.

Republican Texas Gov. Greg Abbott said that because the Biden administration refuses to stem the migrant influx, he has ramped up efforts to secure his state’s border.

Texas National Guard is gearing up at the border for increased caravans attempting to cross the border caused by Biden’s open border policy.

They are working with the Texas Dept. of Public Safety to seal surge locations at the border & arrest trespassers.

On Wednesday, Abbott said he has deployed thousands of National Guard soldiers and Texas law enforcement officers to curb the armies of unvetted migrants who are en route.

“Biden created the chaos. Texas is stopping it,” Abbott tweeted.

Texas has thousands of National Guard & Texas Dept. of Public Safety personnel deployed at the border.

$3B has been allocated for border security efforts, including building a border wall.

Texas is stopping it. pic.twitter.com/Jb80YrII6I

Despite its best efforts, Texas simply cannot stop the enormous migrant influx on its own, especially since the numbers have swelled into unprecedented proportions.

By now, millions of Americans believe Biden’s border crisis is not an accident. Fox Nation host Lara Logan, a former CBS News reporter, suggested that the border debacle is intentional.

“They don’t tell you the national security threat posed by letting the cartels come across the southern border, do they?” Logan told Fox News host Tucker Carlson in August.

“Whoever is in power right now, whoever is really pulling the strings … they could do anything they want to change this. And they’re not,” she said. “The United States government could change this even today. And they don’t do it.”

Yuma Sector agents arrested a child rapist that illegally entered the U.S. on Monday. The migrant, Edgard Antonio Gutierrez-Martinez, has felony convictions for first degree child rape and incest. Agents turned over the migrant to US Marshals this morning to face prosecution. pic.twitter.com/YXPs3LGMQG

Reminder: Biden is paying contractors to NOT build the wall #BidenBorderCrisis https://t.co/sUsaCjeid7

Tapachula Mexico October 4.Migrants protested in the streets to demand their right to transit to the USA, Mexican government is expecting more then 25,000 in the next month.@RepMTG @AliBradleyTV @AgueroForTexas @BenBergquam @BiancaforTexas pic.twitter.com/vYzcaPpLUB

Biden has been in politics for five decades, with two terms as U.S. vice president. To suggest that he’s unaware of the long-term impact of his border catastrophe is naive and defies logic.

Continue reading: ‘We Are Ready for War’: Leader of Migrant Caravan Says Nothing Will Get in His Way of Making It to US ...