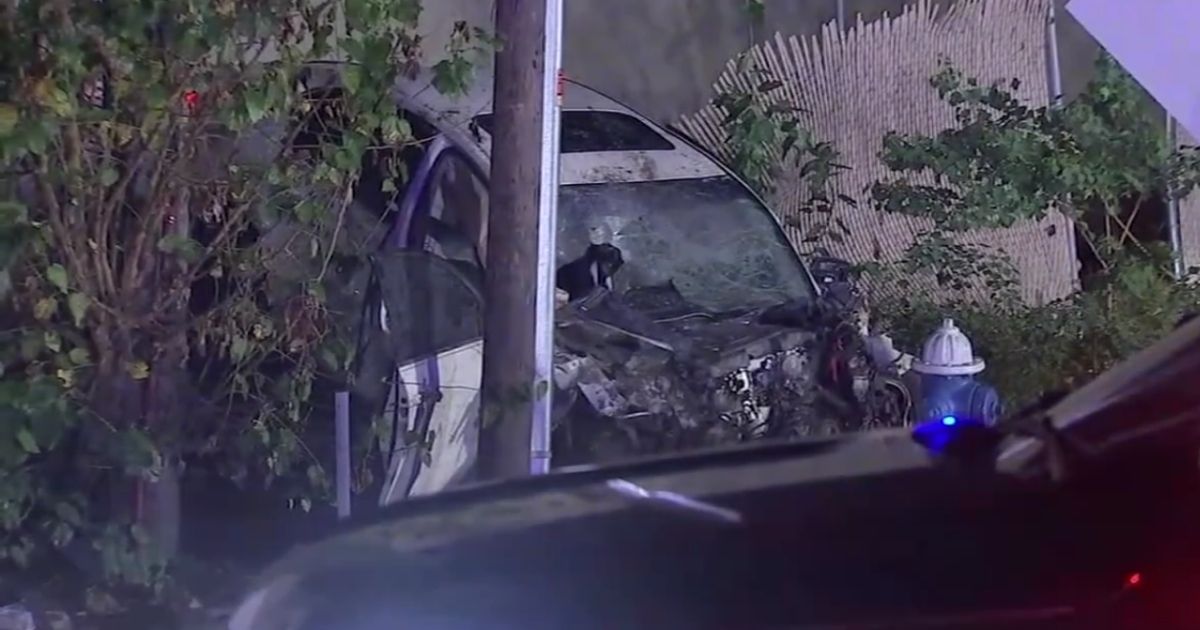 The following article, Teen Driver Kills 3 After Fleeing Cops: All ‘Because One Person Decided They Didn’t Want a Ticket’, was first published on Flag And Cross.

On Friday night, a 17-year-old valet at Cafe Mawal in Houston made some decisions that led to heartbreak for three families.

According to KTRK-TV, valet Ahmedal Tayeb Elnouman Modawi and 16-year-old fellow valet Mohammed Alkatip took a customer’s white Infiniti G37 and did donuts in a nearby private parking lot.

Police approached at around 10:30 p.m., and Modawi fled the scene, leading them on a short — but destructive — chase.

The teen driver hit speeds up to 60 mph, double what the area was zoned for. At some point during his flight, he hit three other valets later identified as 18-year-old Fnan Measho, 22-year-old Eric Orduna and 23-year-old Nick Rodriguez who worked at Prospect Park Sports Bar.

After going about .6 of a mile, Modawi crashed and flipped the sedan. Alkatip was ejected from the vehicle, breaking both legs.

When Modawi was removed from the vehicle, he, too, had a broken leg. Both he and Alkatip were taken to the hospital, but the three valets he’d struck were pronounced dead on the scene.

Police determined that no alcohol was involved, and it appears that the teen panicked and made some very poor choices.

At a vigil tonight, Chief @TroyFinner joined friends & family of the three young men killed by a fleeing suspect Friday.

Their lives were honored in a tribute culminating with the release of white & red balloons.

The families of Measho and Orduna have met and shared their grief, also expressing their anger that none of the businesses involved contacted them to let them know what had happened and appeared to have continued business as usual, according to KTRK.

“They’re sweeping what they did under the rug, never [got] a call,” she said of the Cafe Mawal, Prospect Park Sports Bar and the valet company. “These were not animals, they were humans.”

“Look what this did,” Orduna’s older brother, Junior, added. “He’s changed our lives forever. The other family. They’re gone because of that, because of the senseless act.”

The mother of the passenger, Alkatip, also expressed her distress and said “[h]e’s had three surgeries already.”

The saddest part of the whole incident is that it didn’t have to happen. There were multiple opportunities to stop and prevent the disaster that resulted, a fact that Sean Teare with the Harris County District Attorney’s Office emphasized.

“We’re out here because one person decided they didn’t want to get a ticket — or potentially go to jail for a misdemeanor,” Teare said during a news conference, according to the New York Post.

Modawi — who is going to high school in the states but is a Sudanese citizen — was charged with three counts of murder and one count of aggravated assault with serious bodily injury. He has no previous criminal charges.

According to KTRK-TV, on Wednesday morning Modawi, using a walker, appeared before a judge. The judge sentenced him to a bond of $100,000 for each murder charge and $50,000 for the aggravated assault charge — a total of $350,000.

The teen will also be required to hand over his passport if he manages to make bond.

Continue reading: Teen Driver Kills 3 After Fleeing Cops: All ‘Because One Person Decided They Didn’t Want a Ticket’ ...

Illegal aliens which is why they fled?