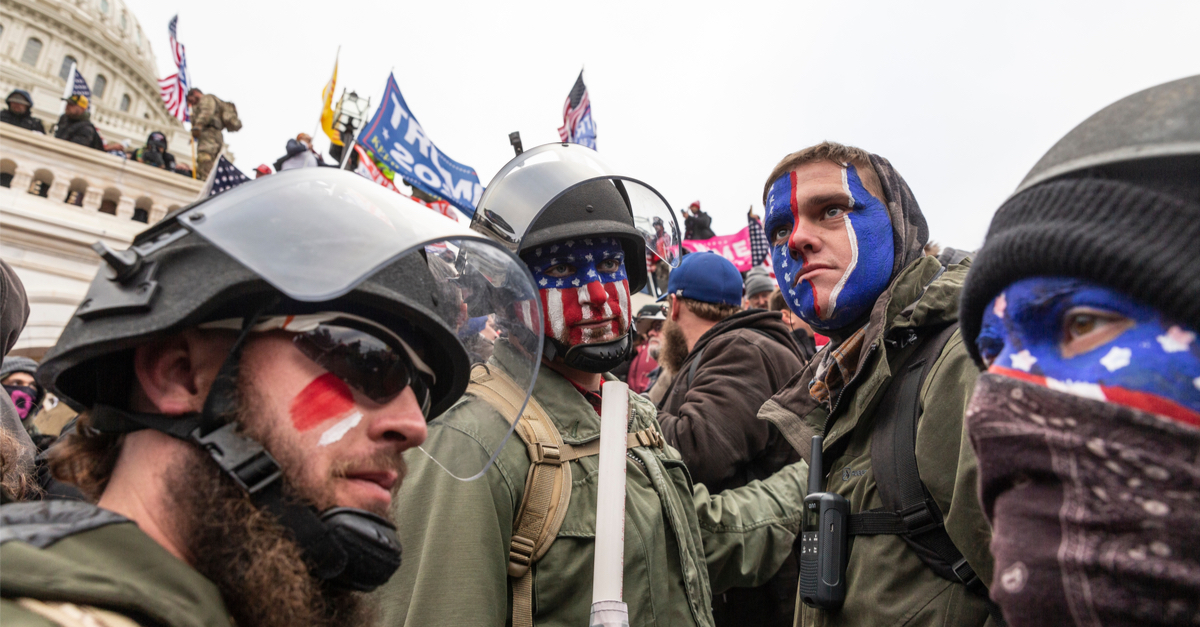 The following article, FBI Now Admits that Jan. 6 Suspect Did NOT Steal Nancy Pelosi’s Laptop, was first published on Flag And Cross.

The FBI has finally admitted that a suspect in the Jan. 6 incursion at the Capitol did not steal Speaker of the House Nancy Pelosi’s laptop computer.

After more than a year of the corrupt FBI’s claims that Maryann Mooney-Rondon, 55, and her son, Rafael Rondon, 23, of Watertown, New York, broke into Nancy Pelosi’s officer and “stole her laptop,” not prosecutors are admitting that the claim is not true.

The two were arrested and charged in the fake “insurrection” on January 6, 2020.

The pair admitted taking the laptop in question but said that the reason they took possession of it was because another person was about to forcefully pull the ethernet cables out of the wall. Rafael claims that he took the computer and carefully disconnected the cable instead of breaking it by pulling it out of the wall.

While liberals and their corrupt FBI minions have continued to claim that the laptop was Nancy Pelosi’s and may contain secret government info, in court they have finally fessed up to the truth. The laptop was not Pelosi’s and had no secret info on it.

Per a new story by ABC News, government prosecutors are now admitting that the laptop belong to a staffer of the Speaker’s office and was only used for presentations. It had no sensitive files on it at all.

This is a very different story than what the left has been claiming since 2020. They have characterized this incident as a major breach of security and have repeatedly said that the laptop could upend national security if its contents were released.

Now we find out there isn’t anything important at all on the thing.

Once again, we see how liberals lie in order to push their agenda.

This is disgusting! Most of us expect ALL Law Enforcement and Judicial Organizations to be non-political, even when leaders are elected and political appointees. What a disappointment! I’m embarrassed for the FBI, because they are not themselves. I’m also embarrassed because law enforcement is my career background, and I once, long ago, respected the FBI.