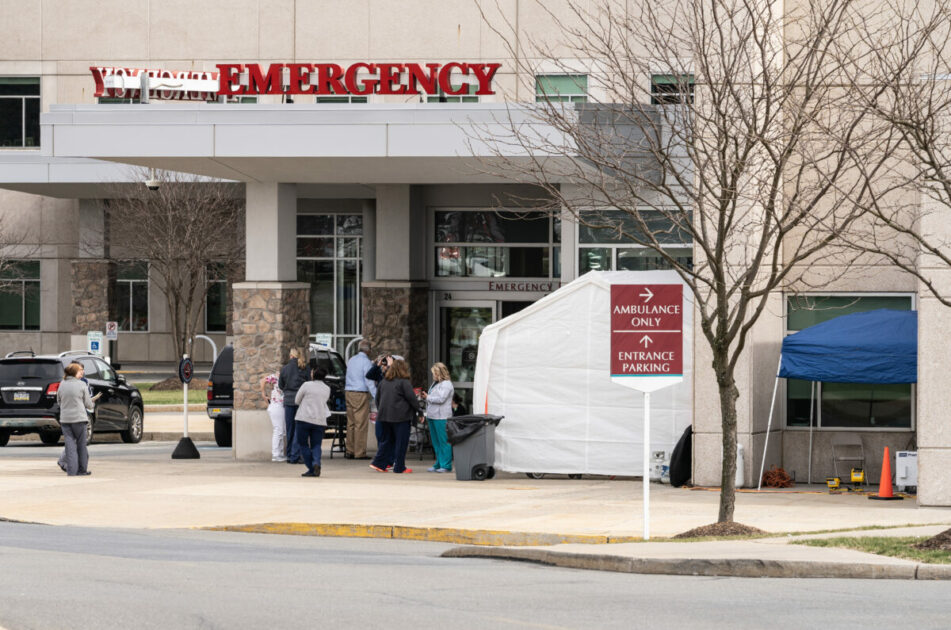 The following article, Biden Seems to Admit He Tried to Pressure Hospital Into Giving Preferential Treatment to a Friend, was first published on Flag And Cross.

It’s good to have friends in high places.

Or so it seems, based on President Joe Biden bragging he personally called a Pennsylvania hospital emergency room after a friend’s wife failed to receive immediate medical care because the facility was overwhelmed with COVID-19 patients.

Biden described intervening after a “good friend” called him Wednesday night to say he had rushed his spouse to the hospital because she was having trouble breathing and had a high fever.

Joe Biden says last night he was on the phone with a friend whose significant other had to be rushed to the hospital. It was really backed up, so Biden personally called the hospital to see if a doctor could see her.

Doesn’t hurt to know the president!

“They got her into the hospital, but the waiting room was so crowded, things were so backed up, they couldn’t even get her to be seen initially,” Biden said during a Thursday speech at the Clayco Construction Site in Elk Grove Village, Illinois, promoting the COVID-19 vaccine.

“So, because I knew this person, I called. I called the desk, the receiving nurse, and asked what the situation was …” Biden said.

“And to make a long story short, it took a while because all of the — not all — the vast majority of the emergency rooms and the docs were occupied taking care of COVID patients.”

Biden used the anecdote to highlight how some hospitals are being overrun with mostly unvaccinated COIVID-19 patients.

His administration has previously announced that all businesses with 100 or more employees are now expected to require vaccines or weekly testing of their workers.

Biden made the comments in appealing to unvaccinated Americans to get inoculated against the virus that has claimed more than 700,000 American lives so far.

“I’ll bet every one of you can name somebody who got sent to the hospital with something other than COVID and couldn’t get it taken care of,” Biden added.

“How many people do you know?” the president asked.

Biden’s use of a personal story to bolster his administration’s policies — in this case, a sweeping vaccine mandate in the fight against the pandemic — is as old as politics itself.

What was somewhat out of the ordinary, however, was the impression Biden gave of using his presidential influence to help his friend’s wife receive medical attention sooner than she otherwise would have, although whether that was the case or not was not immediately clear.

Biden did not reveal whether his executive privilege, as it were, helped his friend’s wife get seen by a doctor, or any other details about the incident.

In the same speech, Biden claimed credit for the U.S. COVID-19 vaccination program, despite the fact the coronavirus vaccines were developed and initially deployed by the Trump administration as part of Operation Warp Speed.

Biden said, “When I first started the vaccination program and we got all that vaccine — enough for everyone, we were vaccinating 3 million people a day — we were getting very close before things began to slow down.”

Continue reading: Biden Seems to Admit He Tried to Pressure Hospital Into Giving Preferential Treatment to a Friend ...