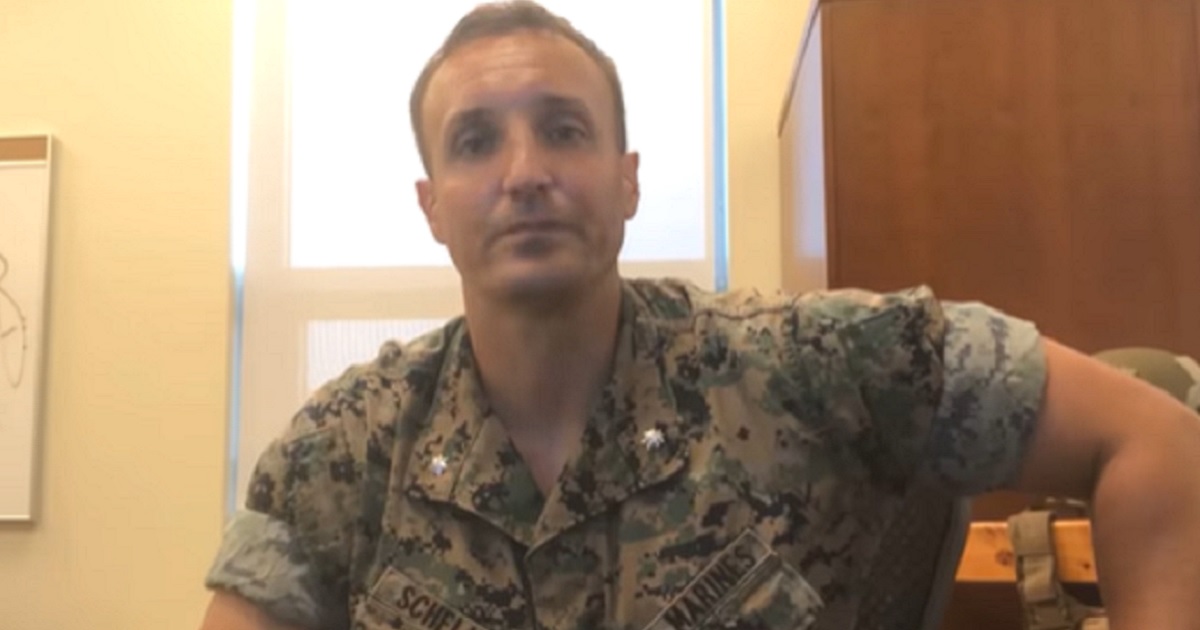 The following article, Marine Jailed for Blasting Biden Rejects Support from Trump and MAGA Supporters after Taking $2 Million from Them, was first published on Flag And Cross.

The Marine Lt. Colonel who was jailed by Biden’s Pentagon after he questioned Biden’s Afghanistan polices has also attacked MAGA supporters and Donald Trump after taking $2 million from them for his defense fund.

The Marines and the Biden Pentagon jailed Lt. Col. Stu Scheller for his public statements castigating Je Biden’s disastrous Afghanistan policies. He was charged with violating Article 88 of the Uniform Code of Military Justice, which prohibits any commissioned officer from speaking out, or using “contemptuous words” against a sitting president, their superior officers, and Congress.

According to reports, Scheller is working on an agreement that will let him retire with an honorable discharge. But before his attorneys began working on such a deal, Scheller was confined in a Camp Lejeune prison cell.

While he was in prison, he was the beneficiary of an outpouring of support from MAGA supporters and President Donald Trump. By the end of the week, MAGA supporters had donated more than $2 million to his defense fund.

Despite the support he’s gotten from Trump and his voters and fans, though, Scheller has spit in their face and said MAGA supporters can go hang.

Scheller has publicly renounced any help from Trump or his followers, saying he would “rather sit in jail.”

He also said that Trump was responsible for “dividing our country.”

“I don’t need or want your help. You do not have the ability to pull US together. You may even win the next election. But your generation’s time is running out. Tell your son to stop tweeting about me. Your whole family knows nothing about US or our sacrifices. I could never work with you.”

Scheller’s comments also criticized the Biden administration and its military choices in Afghanistan. “Follow me, and we will bring the whole fucking system down… in a constitutional manner with one loud voice,” he said on Facebook and LinkedIn at the beginning of September.

Continue reading: Marine Jailed for Blasting Biden Rejects Support from Trump and MAGA Supporters after Taking $2 Million from Them ...