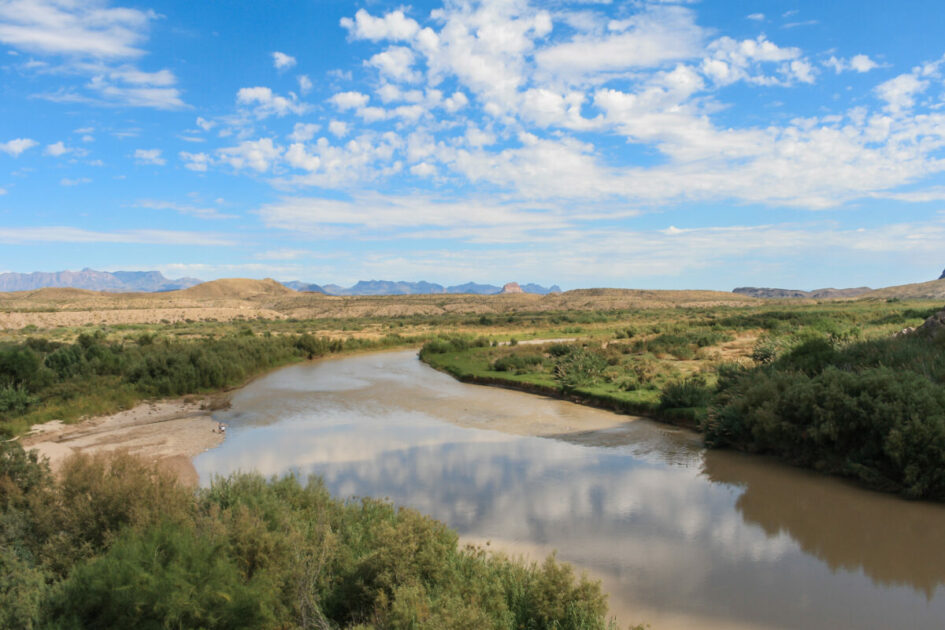 The following article, Cartel Smugglers Taunt TX Border Guards from the Rio Grande, was first published on Flag And Cross.

Defiant human smugglers who know that they can do what they please on the Mexican side of the Rio Grande are now openly taunting National Guard troops Texas has posted in its bid to plug holes in the leaky border, according to a new report.

“NEW: In multiple instances over the past several days, Texas DPS tells me suspected cartel gunmen involved in human smuggling have stood in & near the Rio Grande in Starr County and taunted TX National Guard soldiers. They wear tac vests & have AK47s,” Bill Melugin of Fox News posted on Twitter on Wednesday.

NEW: In multiple instances over the past several days, Texas DPS tells me suspected cartel gunmen involved in human smuggling have stood in & near the Rio Grande in Starr County and taunted TX National Guard soldiers. They wear tac vests & have AK47s.
Courtesy: @TxDPS @FoxNews pic.twitter.com/68dpIOa2Nc

Biden Admin should declare Cartel terrorist organization & deploy US Marines to Rio Grande. Incursions to US border would cease with US Marines on patrol & a couple of sniper squads ready to take out armed & hostile Cartel members. @SecMayorkas & @VP secure the US Border now.

On Tuesday, Rio Grande Valley Sector Border Patrol agents reported that they responded to multiple human smuggling cases on Monday in which 41 illegal immigrants were apprehended.

In one case, a truck that was seen picking up several people was chased until it ran off the road. Four illegal immigrants were detained, but the driver escaped.

“Even with the spread of the COVID-19 virus, human smugglers continue to try these brazen attempts with zero regard for the health and safety of migrants or the citizens of the U.S. they may encounter. The U.S. Border Patrol agents of the Rio Grande Valley Sector will continue to safeguard the nation and community against these criminal elements,” the release said.

Smugglers use a variety of routes to enter the U.S.

We documented over 100 migrants smuggled into the US by smugglers on rafts making their way from the Mexican side. Migrants coming off the raft were wearing bracelets that cartels/smuggling groups put on them to track and determine payment.Stay tuned for full story @DailyCaller pic.twitter.com/d7Q0vL8AU5

As the trafficking and floods of illegal immigrants continue, Republicans on the House Homeland Security Committee are calling on the Biden administration to respond, according to Fox News.

“The dire situation along the southwest border is a crisis that has spun out of control,” a letter to President Joe Biden from the 16 Republicans on the committee said.

“[Customs and Border Protection] has surpassed numerous records for the number of migrants illegally crossing the border? Why is your administration trying to deceive the American people that the border is secure?” the letter continued.

“It is time for your administration to take appropriate steps to prevent a recurrence of what we witnessed in Del Rio, Texas.”