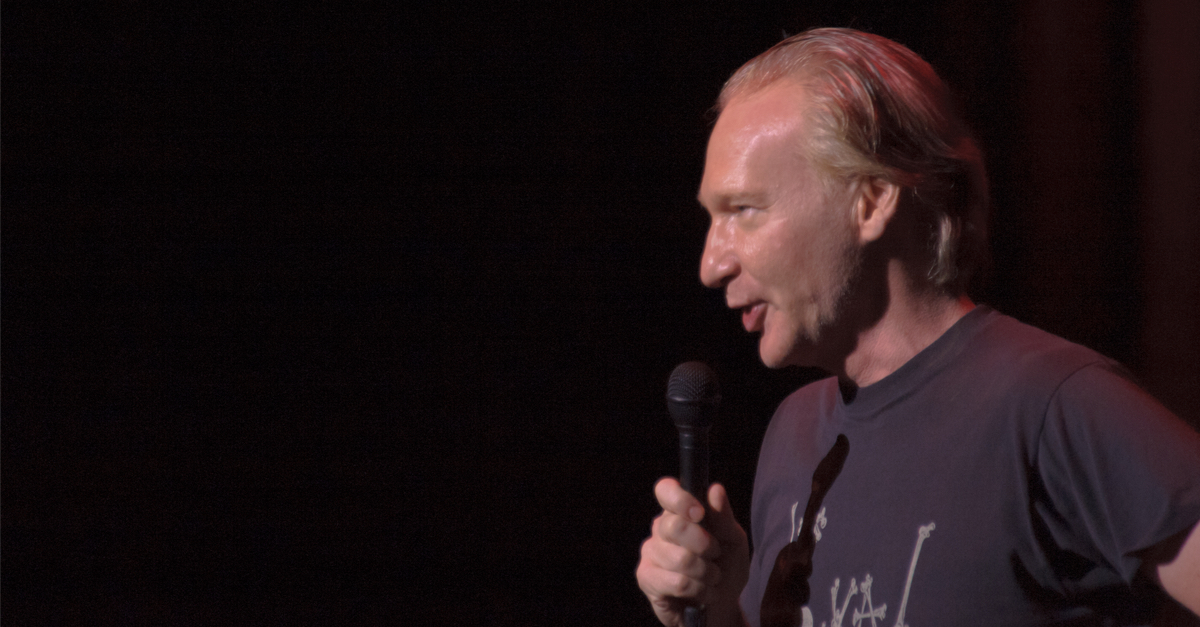 The following article, Bill Maher Drops ‘Woke’ Truth Bomb as Democrats Continue to Cannibalize Themselves, was first published on Flag And Cross.

Thanks to the sudden proliferation of the progressive left, the Democratic Party is in trouble.  They appear to be on the precipice of a civil war, with the radical left holding the centrists hostage, effectively strangling any chance of compromise to death with their legislative hands.

And this isn’t some wild hyperbole; you can see the struggle day in and day out on Capitol Hill, especially now that a the Democrats are attempting to pass a spending bill that’s valued in the trillions of dollars.

It’s all too much for Bill Maher, who this week lamented this horrific political traffic jam by cramming the left’s “wokeness” down their own throats.

During an interview on The Joe Scarborough Podcast, Maher said “for the first time” in his life, he is playing for a mixed audience of liberals and conservatives.

“I was in Nashville about a month ago, and the audience was about 60-40 liberal to conservative. That never used to happen, never.”

Maher attributed the change to the sudden rise in wokeness.

And he didn’t hold back.

“I think it’s because 10 years ago, in my opinion anyway, the left did not have a crazy section,” said Maher. “There was no such thing as woke, and now they do have a crazy section, which I call out as a liberal. I think I’m kind of one of the only people doing that, so there’s a hunger to hear that.”

“When somebody just hates the other person, you don’t even listen to what they say, and you won’t even entertain what their point is, as long as we are in this place where I just hate this other side, nothing is going to change,” he said.

“‘Kill them’ is not the answer I’m looking for, and it’s not the answer that should be coming out of a liberal’s mouth,” he added. “That’s where we are, and certainly of course, ‘kill them’ is an idea that’s very prominent on the right for a lot of the people they don’t like. We have to step back from that.”

Maher has been consistently critical of the far left’s influence over the Democratic Party, with his lamentations growing in frequency over the course of the last several years.

He helped conceive it, was there at it’s Birth, Nursed it in its formative years, Taught it it’s first words, now He says it should have been Aborted!