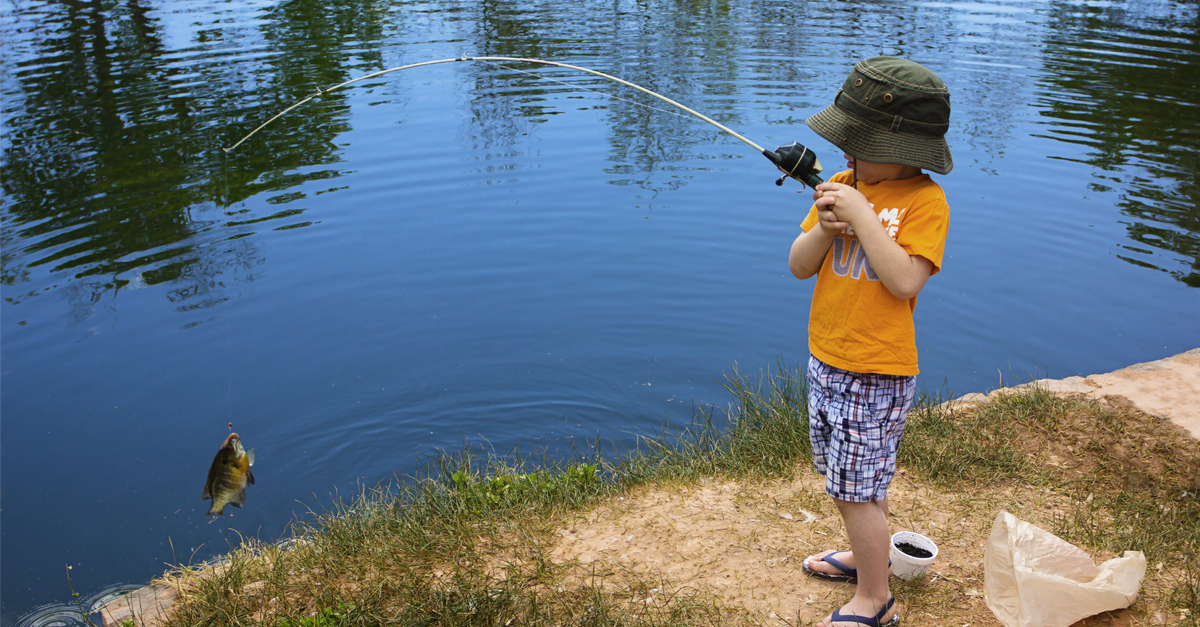 The following article, WILD VIDEO: Kid Fisherman Has Catch and Fishing Rod Stolen by Pond Predator, was first published on Flag And Cross.

There is almost nothing more relaxing than a day spent fishing.  The rhythmic, almost zen-like repetition of casting and reeling is a meditation in its own right, forcing us to slow down. To breathe.  To concentrate.

Then, when we do find ourselves in the midst of some action, we’re sharp and we’re ready, having spent the last however-long keying in on this very moment.

But, every now and then, this time-honored activity will throw us a curveball of epic proportions, and one young angler in Florida experienced just such a moment this week.

Sean McMahon took his 7-year-old son Dawson fishing in the family’s backyard in Palm Coast when the incident occurred. McMahon was filming as son struggled to reel in a bass fish, which was putting up a good fight.

As Dawson was finally getting the fish out of the water, an alligator suddenly surfaced and grabbed the fish. The gator not only stole the fish but also yanked the entire fishing rod into the water.

Fortunately, Dawson let go and wasn’t harmed, although he did seem appropriately scared by the incident.

The bizarre moment was captured on video, and was soon the talk of Twitter.

#WATCH: A 7-year-old Florida boy managed to reel in a fish, only to have a hungry alligator jump out of the water and steal his catch — and take his fishing pole too.

Alligators have been a unique part of life in Florida for centuries, and have provided us with some truly bizarre news stories over the years.