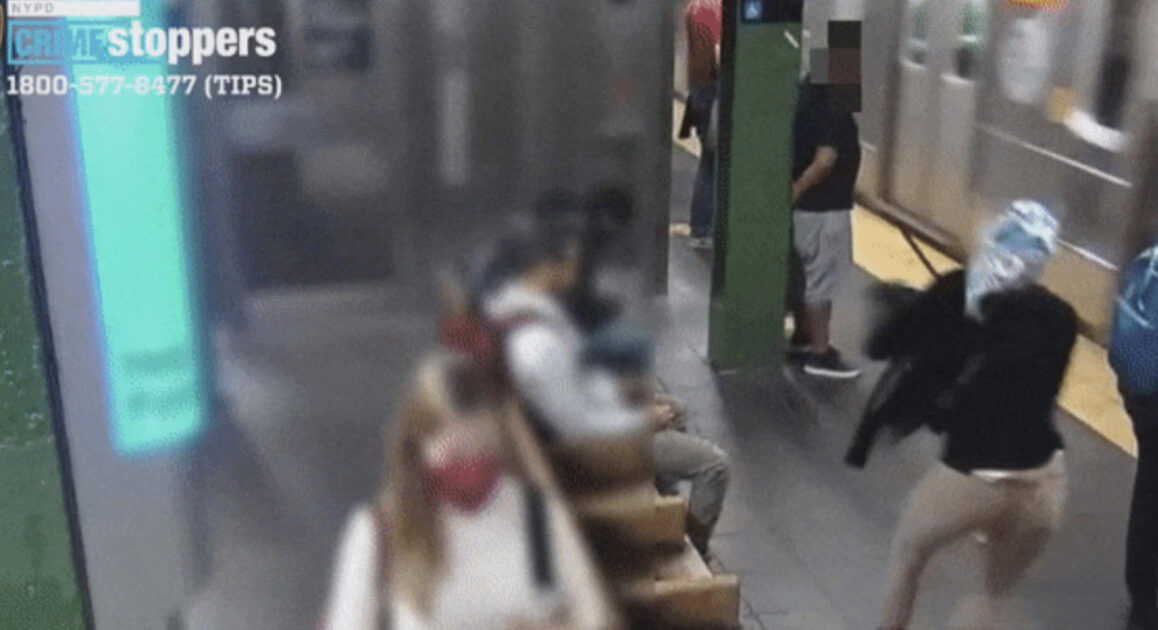 The New York Police Department arrested a back women Tuesday for abruptly pushing a random commuter into a moving train at a Big Apple subway station.

The NYPD reported that the woman was caught on surveillance video quickly walking up behind a random woman and body slamming her into the side of the train as it zipped by in the station.

The video shows a thin black woman in a black shirt and tan pants violently slamming her shoulder into the back of a woman standing by the tracks.

The footage shows it happened as a northbound No. 1 train was speeding into the station. The assailant then appears to calmly walk away, as several other bystanders on the platform appear relatively unaffected. Police say the 42-year-old woman did not fall onto the tracks, but rather the force of the push knocked her into the moving train before she ricocheted backward onto the platform.

The victim was taken to a hospital and reportedly suffered serious injuries to her face and legs.