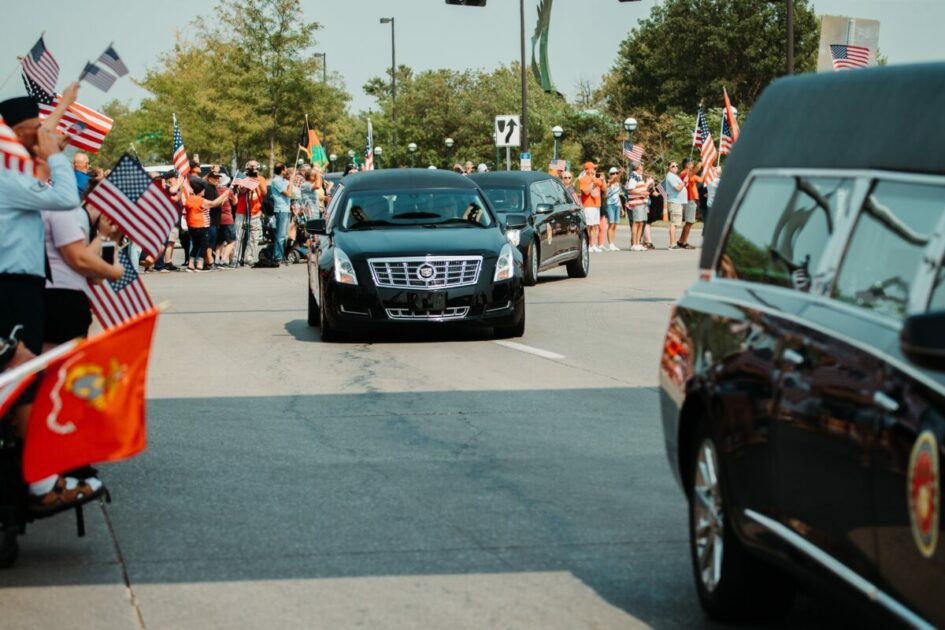 The following article, Bomber Who Killed 13 American Soldiers Had Just Been Released from Prison Biden Ceded to Taliban: Report, was first published on Flag And Cross.

The suicide bomber who killed 13 U.S. military members and dozens of other people outside the Kabul airport in August was released from the Bagram Air Base prison just days earlier, according to a new report.

“We now understand … that Abdul Rehman Al-Loghri, the terrorist who from ISIS-K was responsible for killing 13 American service members and dozens of Afghans civilians trying to get out of the country, that he had been held at Parwan prison in Bagram Air Base,” CNN’s Clarissa Ward reported Wednesday.

“When the Taliban took power on that Sunday, the first thing they did before coming into Kabul was essentially to empty the prisons at Parwan Prison in Bagram and also Pul-e-Charkhi,” she added.

CNN: Kabul airport suicide bomber was released from Bagram Air Base by the Taliban days before the attack that killed 13 U.S. service members. pic.twitter.com/dozG4vzHRm

The Parwan prison housed several hundred members of the Islamic State group when the Taliban took control of the location following the departure of the U.S. military. The Taliban reportedly emptied both prisons, releasing the man responsible for the Kabul suicide bombing on Aug. 26.

Defense Secretary Lloyd Austin said during a Capitol Hill hearing last week that the Pentagon was surprised by the Taliban’s quick rise to power. Yet Austin also confirmed the decision to leave Bagram.

“Retaining Bagram would have required putting as many as five thousand U.S. troops in harm’s way, just to operate and defend it. And it would have contributed little to the mission that we had been assigned, and that was to protect and defend our embassy which was some 30 miles away,” he said.

“Staying at Bagram — even for counterterrorism purposes — meant staying at war in Afghanistan, something that the president made clear that he would not do,” Austin said.

The deadly suicide bombing marked the fourth-deadliest day in terms of U.S. casualties during the 20 years Americans fought in Afghanistan.

The Daily Caller News Foundation had reported the Kabul suicide bombing was the third deadliest day in the Afghanistan war. However, the DCNF did not include the April 6 date in its report.

In its summary of the attack, The New York Times, citing U.S. officials as its source, said that the suicide bomber waited until just before he would be searched by U.S. service members to detonate the vest he was wearing.

The man wore a vest estimated to have been 25 pounds, much larger than the normal size of what suicide bombers wear, according to the Times. The bomb was packed with metal pieces that acted as shrapnel to mow down anyone nearby.

Those killed were not only men. Marine Sgts. Nicole Gee and Johanny Rosario Pichardo were killed in the attack, according to the Times.

“She believed in what she was doing, she loved being a Marine,” Gee’s brother-in-law, Gabriel Fuoco, said. “She wouldn’t have wanted to be anywhere else.”

Marine First Lt. John Coppola said Rosario’s “service was not only crucial to evacuating thousands of women and children, but epitomizes what it means to be a Marine: putting herself in danger for the protection of American values so that others might enjoy them.”