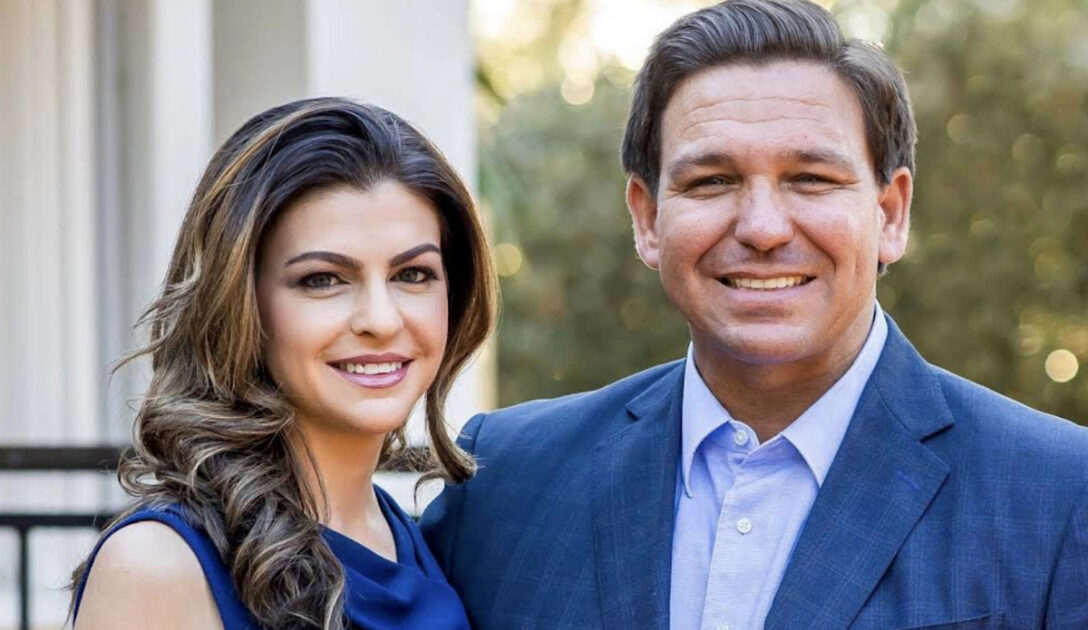 An army of hateful liberals took to social media to celebrate after Florida Governor Ron DeSantis announced that his wife had been diagnosed with breast cancer.

The Republican governor announced that his wife was battling breast cancer on Monday, saying, “I am saddened to report that Florida’s esteemed First Lady and my beloved wife has been diagnosed with breast cancer.”

“As the mother of three young children, Casey is the centerpiece of our family and has made an impact on the lives of countless Floridians through her initiatives as First Lady,” the gov. continued.

“As she faces the most difficult test of her life, she will not only have my unwavering support but the support of our entire family, as well as the prayers and well wishes from Floridians across our state,” he added. “Casey is a true fighter, and she will never, never, never give up.”

But on the tail of the announcement, thousands of hate-filled, inhuman leftists took to social media to revel in glee that DeSantis’ wife faced immanent death from the disease.

“Does DeSantis really think that anyone will have sympathy for either him or his wife?” one leftist creep tweeted.

“My prayers go out to the families of the 50,000+ Floridians who have died from Covid because of desantis [sic],” still another Twitter cretin wrote. “Sorry I’m not wasting them on his wife.”

As Breitbart News reported, there were many more. Such as:

“They’re going to be wishing that more people were vaccinated as soon as she starts treatment.”

“Let’s see if he starts telling people to wear a mask around her.”

“I suspect that, like other diseases, ivermectin / monoclonal antibodies may be the answer.”

“Pity there isn’t a breast cancer vaccine but im sure it would have rejected and ridiculed by these science deniers anyway. Cant feel bad for someone sick who discourages others from being safe.”

“Karma is always gonna get you. To [sic] bad it’s thru his wife. Wishing her a speedy recovery.”

“And her surgeon will wear a *gasp* mask when he operates. Hopefully she’ll talk her husband into listening to the doctors as well.”

“Waiting for DeSantis to ban chemo and radiation and then put her on ivermectin and Hydroxychloroquine.”

Social media really is a sewer and brings out the worst in people. But, truthfully, all liberals are black at heart like this.

Wouldn’t it be poetic justice if they all got really, extremely sick, and people writing the same stuff about them? They want to talk about Karma? They have no idea that the universe is going to kick their evil butts!!! She is going to get through this like the warrior that she is, that’s a woman for you. All you very very sick liberals are going to pay very dearly for this insane hatred.

Poetic justice is what they will receive. They talk of Karma? Wait till they see their Karma. This is pure evil, total heartlessness and disgraceful. That’s what happens with such narrow minds.. there’s no space for a compassionate or logical thought to get in there, because all their tiny minds know is hatred. Very sad. She will win her battle because she seems like a warrior. Good for her and she’s got millions who are sending out positive vibes.