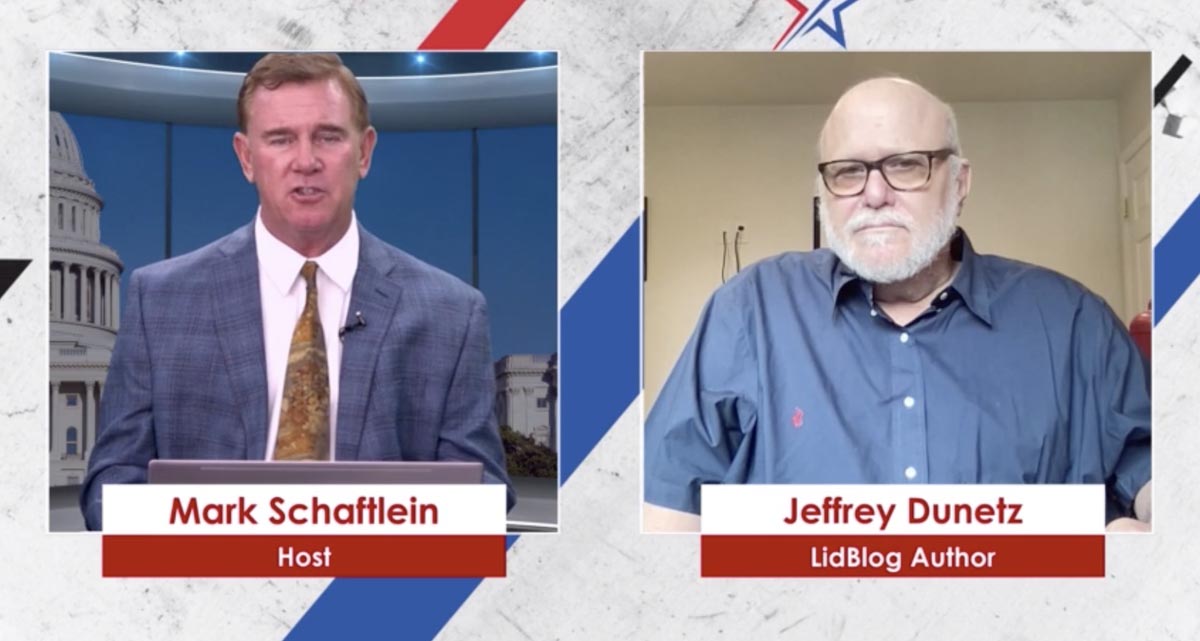 The following article, Schaftlein Report: Democrats Continue ‘The Big Lie’ to their Base, was first published on Flag And Cross.

Guest: Jeffrey Dunetz – LidBlog Author (LidBlog.com)
Topics:
1) Democrats claim victory by Defeating their own bill – Sen. Sinema calls it a stunt, angering her far left wing radicals – They DO NOT have the votes
2) The American people do NOT want this bill as they are worried about Inflation – Personal Consumption Expenditures are up 4.3% as inflation worries grow
*51% of Americans want Government Spending CUT, 54% of Independents do not want this bill – Meat, Poultry, fish and eggs up 16% – Biden blames the big producers
3) Crazy Liberal Lunatics try to intimidate Sen. Manchin on his Houseboat and Sinema in a public bathroom – Insanity and Rage on the left
4) Supreme Court upholds lower court ruling voting against giving DC a voting representative in Congress
5) Critical Race Theory – National School Board Association refers to parents against this as Domestic Terrorists
6) Soros donates $500K to Austin , TX group opposing hiring hundreds of police officers on a ballot initiative
7) Education dilemma – Illinois now spends 39% of their budget $5.8B on Pensions – That’s up from 12% in 2000 – Democrats mismanagement on full display
8) McConnell tells Democrats they need to raise the debt ceiling – Biden opposed it when he was in the minority – Stock market down 2% today and 7% in last 30 days
*Tech stocks having problems

Continue reading: Schaftlein Report: Democrats Continue ‘The Big Lie’ to their Base ...