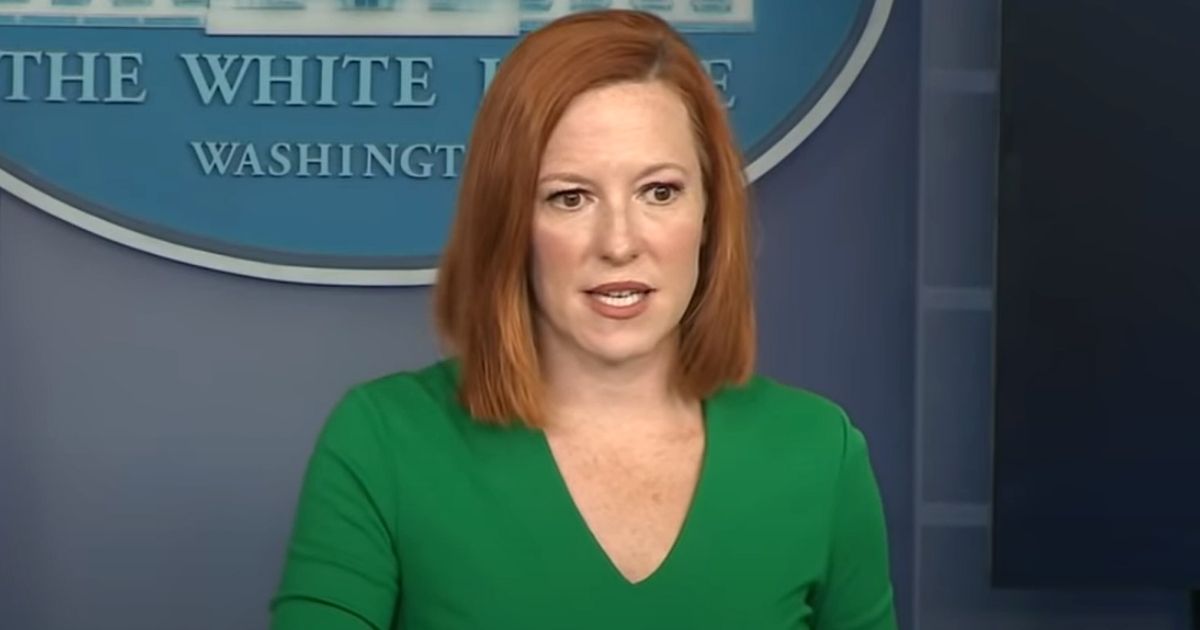 The following article, No Jen Psaki, Trump NEVER Told People To Inject Bleach, was first published on Flag And Cross.

Team Biden always finds a way to distract the news away from their screw-ups with lies. Making things easy, they like to find ways to reuse lies about former president Trump that the MSM promoted when Trump was in office. Biden’s team reuses MSM lies even though they were already proven false. A popular one during the campaign was the disproven Charlottesville lie. That lie claimed the former President said the neo-Nazis were “fine people.” Most recently, team Biden switched to a new piece of media propaganda. The lie that President Trump told people to fight COVID by injecting bleach.

In August, Peter Doocy asked if Biden’s criticism of Trump’s Operation Warp Speed created some of the vaccine residency we are facing today:

"I would note that at the time, just for context, the former president was also suggesting people inject versions of poison into their veins to cure Covid" — Jen Psaki to Peter Doocy pic.twitter.com/qdnySKMR3B

As public approval of Joe Biden’s handling of the pandemic continues to sink, October 1st saw Jen Psaki repeat the lie again, claiming the current Biden fight against COVID would be further along if Trump hadn’t told people to inject bleach. “Title 42 is a public health requirement because we’re in the middle of a pandemic, which by the way, we would’ve made progress on had the former President addressed the pandemic and not suggest people inject bleach.”

.@PressSec: "Title 42 is a public health requirement because we’re in the middle of a pandemic, which by the way, we would’ve made progress on had the former President actually addressed the pandemic, and not suggest people inject bleach." pic.twitter.com/PRB27KFmYP

The truth is that Trump did not say we should inject ourselves with bleach or a disinfectant. He said the opposite. But the MSM lied about what was said, and Lyin Biden’s team is using it as a weapon today.

During an April 2020 CoronaVirus Task Force press conference, Bill Bryan, who leads the DHS Science and Technology Group, revealed the findings of a scientific study they conducted. The study indicating that the virus is killed by solar light and disinfectants. The President asked if there were ways for that information to help humans, and many in the media went crazy, saying Trump suggested we inject ourselves with disinfectant. Actually, the President did not say we should inject ourselves with disinfectant. Per the transcript, after Bryan made his presentation Trump said:

TRUMP: Thank you very much. So I asked Bill a question that probably some of you are thinking of if you’re totally into that world, which I find to be very interesting. So, supposing we hit the body with a tremendous — whether it’s ultraviolet or just very powerful light — and I think you said that that hasn’t been checked, but you’re going to test it. And then I said, supposing you brought the light inside the body, which you can do either through the skin or in some other way, and I think you said you’re going to test that too. It sounds interesting.

BRYAN: We’ll get to the right folks who could.

TRUMP: Right. And then I see the disinfectant, where it knocks it out in a minute. One minute. And is there a way we can do something like that, by injection inside or almost a cleaning? Because you see it gets in the lungs and it does a tremendous number on the lungs. So it would be interesting to check that. So, that, you’re going to have to use medical doctors with. But it sounds — it sounds interesting to me.

Notice he didn’t say we should start injecting ourselves with disinfectant. He asked Bryan to check, “is there a way we can do something like that, by injection inside or almost a cleaning.” But later on, he says it even more clearly. When Trump was done, Jonathan Karl asked if there was any scenario where cleaners could be injected. After Mr. Bryan answered, President Trump, added that it wouldn’t be via injection but by cleaning an area.

KARL: Can I ask about — the President mentioned the idea of cleaners, like bleach and isopropyl alcohol you mentioned. There’s no scenario that could be injected into a person, is there? I mean —

BRYAN: No, I’m here to talk about the findings that we had in the study. We won’t do that within that lab and our lab. So —

TRUMP: It wouldn’t be through injection. We’re talking about through almost a cleaning, sterilization of an area. Maybe it works, maybe it doesn’t work. But it certainly has a big effect if it’s on a stationary object.

But the media didn’t care about the truth in April 2020, nor do they fact-check Jen Psaki when she lies today. This is just another way the media displays its bias for leftist Joe Biden and that former president Trump is living rent-free in their heads.

After a week where three different generals told us that Biden lied to America about Afghanistan, team Joe is unearthing old lies to distract Americans from his failing administration.

Democrats are good at lying. The biggest lie is about them winning the election.