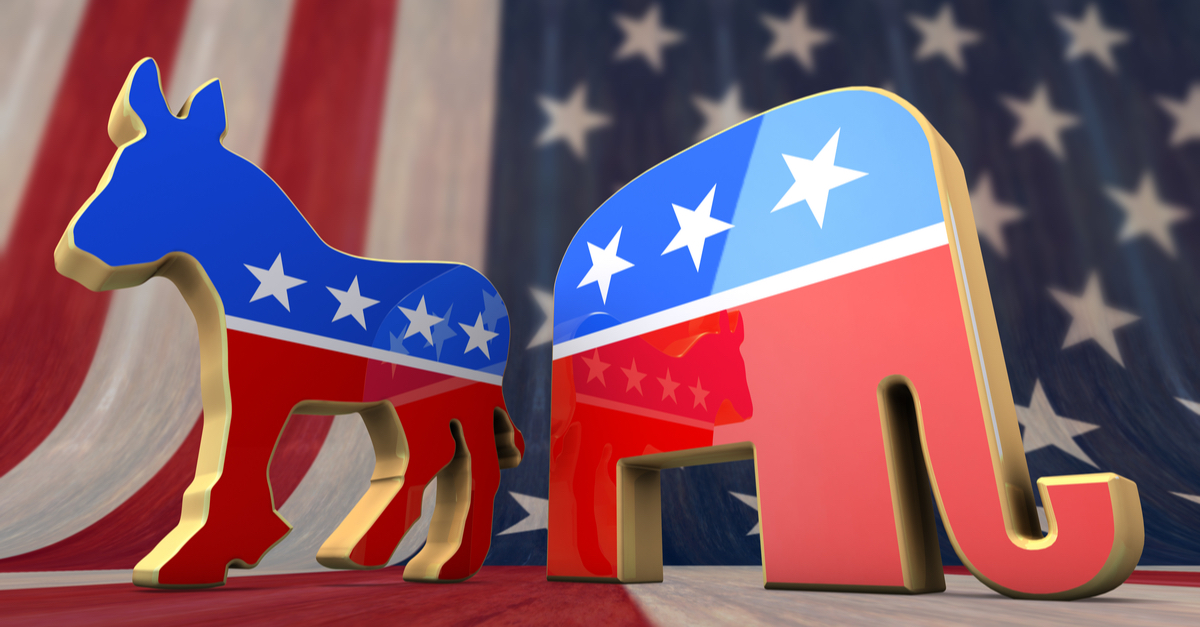 The following article, New Polling Reveals Americans Have Negative Opinion of Both Political Parties, was first published on Flag And Cross.

In America, it has become increasingly true that there is but the left wing and the right wing of American politics.  But it is also becoming far more apparent to many of us that these wings are both part of the same bird.

That is to say that we the people are growing intolerant of the indifferent and ineffectual way in which both parties are operating, (mostly selfishly), and a new bit of polling confirms this growing disdain.

Americans’ opinions of the Democratic Party have fallen slightly from an elevated level this year, and more again view the party unfavorably (55%) than favorably (43%). Meanwhile, 56% have an unfavorable view of the Republican and 40% a favorable one. .

The three-percentage-point gap in party favorable ratings is down from 11 points earlier this year, shortly after President Joe Biden’s inauguration and as the Senate was preparing to try former President Donald Trump on impeachment charges for his actions related to the January 6 Capitol Hill riot. At that point, the Democratic Party had a 48% to 37% edge in favorability.

As it turns out, Independents appear to be the catalyst for change in the numbers.

As might be expected, Democrats’ (92% favorable) and Republicans’ (5% favorable) opinions of the Democratic Party are essentially unchanged, from 94% and 4%, respectively, in January.

The Republican Party’s current favorable rating among all Americans is little different from the 37% recorded in January. Its favorable rating then was down six points from the prior reading in November 2020, shortly after Election Day.

While this could indicate the rising popularity of the concept of a third party, the American people have thus far shown little interest in such an idea, especiallywhen being proffered by some of the most notable names in the modern socialist movement.