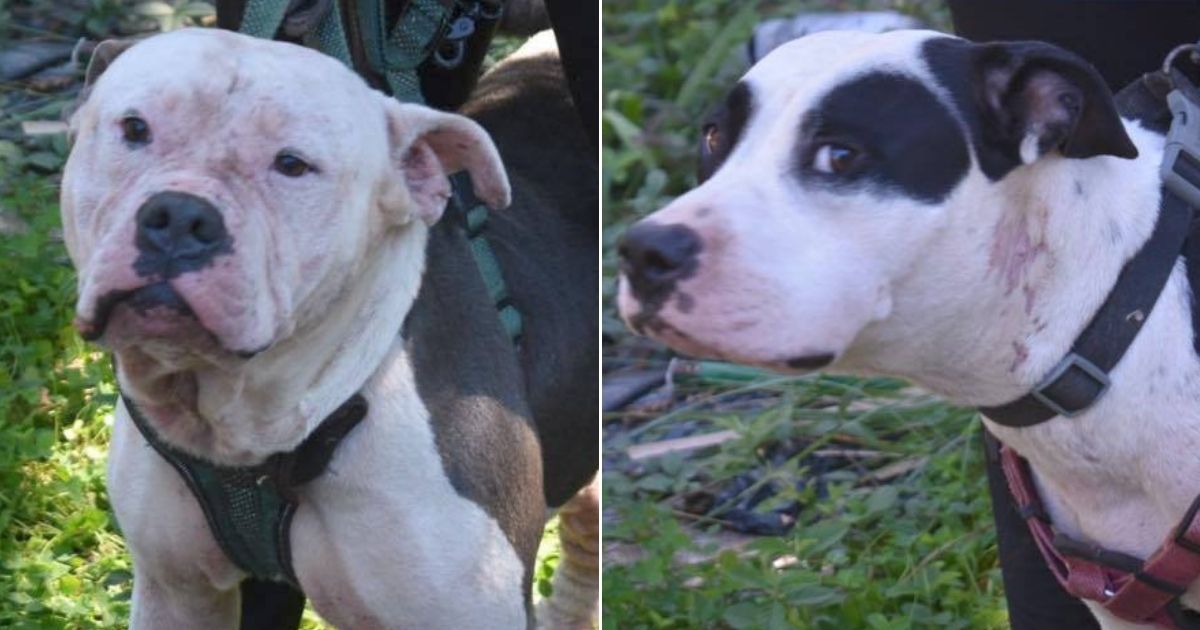 The following article, Alleged Intruder Killed by Two Dogs, Body Found on Porch, was first published on Flag And Cross.

While some dogs are specifically trained to be protection animals, many are also generally protective of their “territories.” That seemed to be the case for two pit bulls and their owner who live in Coweta County, Georgia.

According to authorities, the unnamed owner came home on the morning of Sept. 24 to find a dead man on his porch. Deputies arrived at around 10:30 a.m. to investigate, according to The Newnan Times-Herald, and it was unclear at first how the man died.

The body was identified as that of Atlanta local 21-year-old Alex Binyam Abraha, who had several active warrants in a neighboring county, and whose motives are unknown, according to WAGA-TV. The owner of the home said he didn’t know the man and had no idea why he would be there.

Investigators say a possible intruder at a home in Georgia was mauled to death by the homeowner’s dogs. They say the resident returned home to find a man dead on his porch. https://t.co/cyhoD9XFtO

Initially, authorities treated the case as a potential homicide, but the autopsy reportedly revealed the cause of death was a “dog attack.”

As the investigation progressed, authorities found reason to believe the man had broken into the home, where he’d come face-to-face with the owner’s two pit bulls. According to authorities, after the dogs mauled him, he’d somehow made it back out to the porch, where his body was found.

The dogs were seized and are being held by the Coweta County Animal Control for a mandatory 10-day rabies hold. No charges have been pressed against the owner.

Many readers have sided with the homeowner upon hearing this story, believing that the alleged intruder got what he deserved. Many were also concerned that the dogs were seized, arguing that they never should have been taken in the first place, and reached out to the county to inquire about their state.

So many people followed up on the dogs’ statuses, in fact, that Coweta County Government was compelled to issue a public update.

“Coweta County has received multiple inquiries regarding the dogs involved in a local home intrusion,” the county shared on Friday.

“We want to clarify that in accordance with the Georgia Department of Public Health (Rabies Control), the dogs are required by law to remain in quarantine for 10 days without direct contact to other animals or humans. The confinement must be under the authority of the designated rabies control agency — in this case, Coweta County Animal Services. Following this quarantine, the owner will be able to retrieve the dogs.”

That has set many readers at ease, though others are concerned that the temporary solitary confinement might prompt behavior that would cause animal control to deem the animals “dangerous” and jeopardize their return to their owner.

Meanwhile, the family grieving the loss of Abraha has started a GoFundMe, which has been met with controversy. The page states, as “the family searches for a sense of closure, we want to come together and support them financially with funeral expenses and planning his final resting place.”

On the other hand, some people have reached out in the comments on Coweta County’s post with offers to help the owner of the dogs with expenses related to the dogs’ mandatory holds and other costs associated with the case.