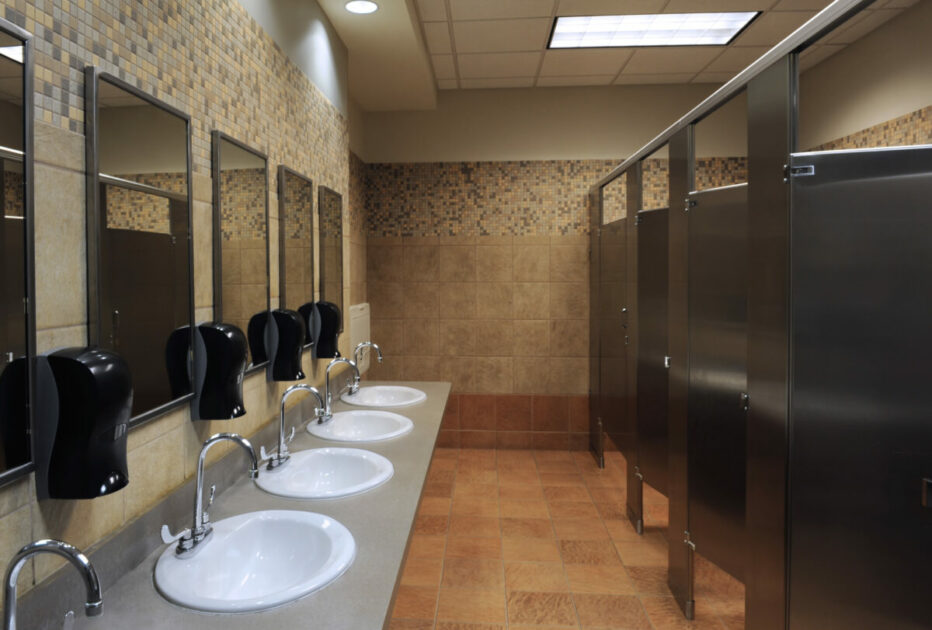 The following article, Sen. Sinema Hits Back After Being Filmed in Bathroom: ‘Unacceptable’ and ‘Unlawful’, was first published on Flag And Cross.

Arizona Democratic Sen. Kyrsten Sinema responded Monday to a protester who recorded video while following the senator into a restroom at Arizona State University on Sunday night, calling the action “unacceptable” and “unlawful.”

“Yesterday’s behavior was not legitimate protest,” Sinema said in the statement.

“It is unacceptable for activist organizations to instruct their members to jeopardize themselves by engaging in unlawful activities such as gaining entry to close university buildings, disrupting learning environments, and filming students in a restroom,” the senator added.

Sinema later added that the actions were “wholly inappropriate.”

“In the 19 years I have been teaching at ASU, I have committed to creating a safe and intellectually challenging environment for my students. Yesterday, that environment was breached. My students were unfairly and unlawfully victimized. This is wholly inappropriate,” she said.

The recording originated from “Blanca,” a reported immigrant youth from Arizona, with more than five million views of the video on Twitter in less than 24 hours.

Auntie Feefa giving @SenatorSinema #GoodTrouble to demand that she pass the #BuildBackBetterAct so none of us have to fall into human trafficking due to lack of worker protections https://t.co/CDVzPfWNGT

“We knocked on doors for you to get you elected. Just how we got you elected, we can get you out of office if you don’t support what you promised us,” one activist yelled in the video.

“I was brought here to the United States when I was 3 years old and in 2010 my grandparents both got deported because of SB 1070 and I’m here because I definitely believe that we need a pathway to citizenship,” the other activist added.

“I will speak about the controversy regarding following Senator Sinema into the bathroom when I have time. None of you have the right to tone police my desperate demands for labor protections after what I have endured as a human trafficking survivor due to the f***ed up gig economy,” the Facebook post said.

“For now, connect with the fact that you are on stolen Indigenous land and Indigenous women and children go missing and murdered because we don’t have access to stable jobs, stable housing, clean water, clean food, or stable decent healthcare despite the fact that Indigenous people have upheld our end of the treaty in assimilating and getting educated,” the post added.

“Arizona is among the top three states in the USA where Indigenous women and children go missing and murdered,” she continued, before pleading for more people to be allowed to enter the state.

“Give my indigenous relatives to the south of the US-Mexico border citizenship now!” the post concluded.

The identity of the activist was revealed as Sophia Marjanovic.

“Sophia Marjanovic identified herself as the woman shown filming Sinema as she entered a bathroom stall at ASU in her Facebook post,” the Daily Wire reported.

“Marjanovic tagged 99 other people, presumably those who work with her or support her efforts to convince Sinema to abandon her position against spending $3.5 trillion using the ‘reconciliation’ process.”

Some said the tactic of following the senator into the restroom was way over the line.

They could have killed Kyrsten Sinema

No charges have been filed in the incident.

Continue reading: Sen. Sinema Hits Back After Being Filmed in Bathroom: ‘Unacceptable’ and ‘Unlawful’ ...