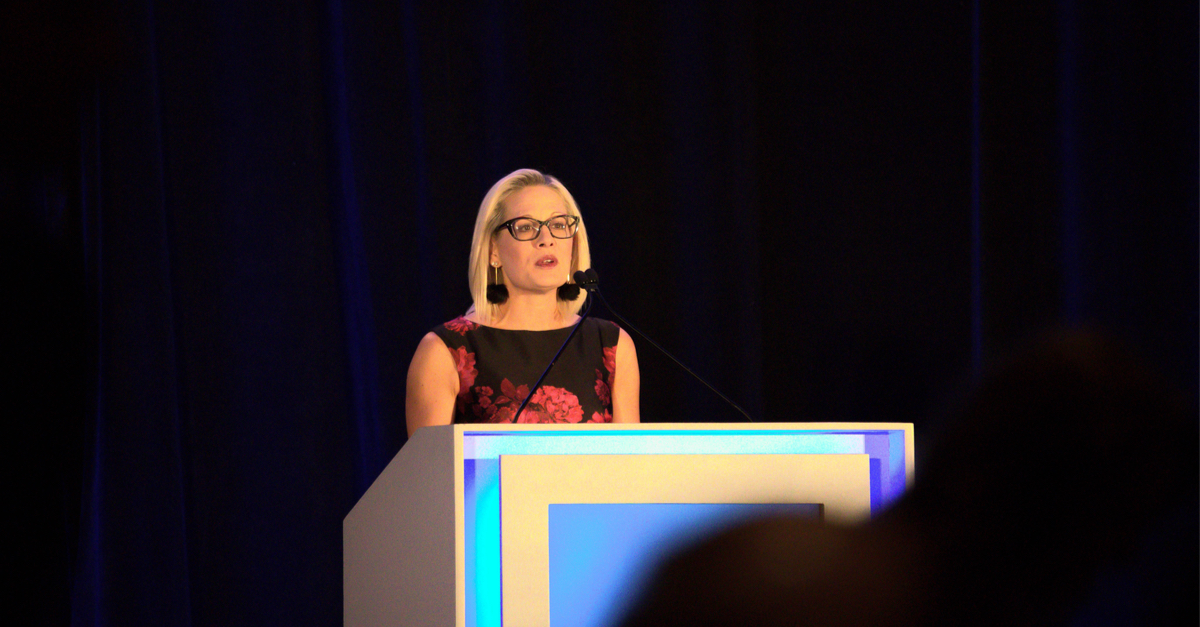 The following article, Biden Brushes Off Harassing Dems in Bathroom as ‘Part of the Process’, was first published on Flag And Cross.

As the nation hurtles ever closer to a debt limit disaster, President Joe Biden’s tone deaf suggestion about the nature of the discourse surrounding the issue is raising some eyebrows.

There are but two Democrats holding up the entire process at this point:  Joe Manchin of West Virginia and Kyrsten Sinema of Arizona.  Given the severity of the issue, both have endured a number of confrontations from far-left progressives who were hoping to make their voices heard…albeit in borderline unethical ways.

Manchin was harassed by kayakers while aboard his houseboat and Sinema was confronted while she was using the bathroom.

Joe Biden doesn’t appear to have a big problem with this.

When asked Monday for a response to the incidents, Biden said: “I don’t think they’re appropriate tactics, but it happens to everybody.”

“The only people it doesn’t happen to are the people who have Secret Service standing around them,” Biden said.

If harassing members of Congress while they use the restroom is “part of the process”, it’s no wonder that Antifa’s ruthless and violent tactics have garnered such a foothold on the left side of the aisle.

Continue reading: Biden Brushes Off Harassing Dems in Bathroom as ‘Part of the Process’ ...