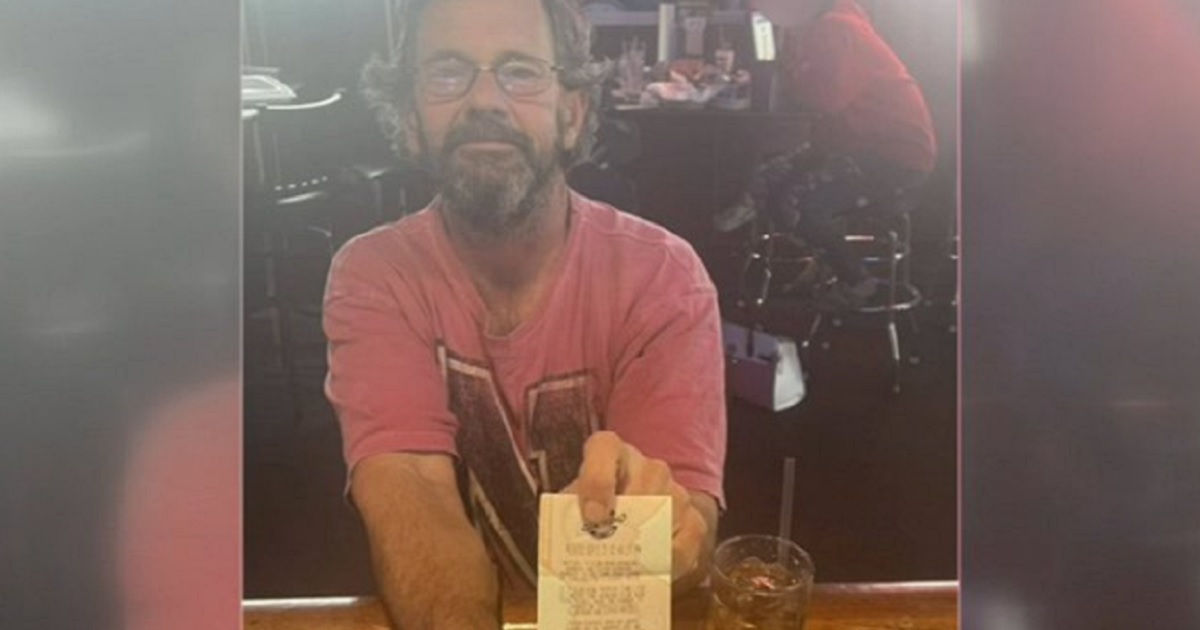 The following article, Man Washes Up on Michigan Beach, Winning Lotto Ticket Found in His Pocket, was first published on Flag And Cross.

A man with a winning lottery ticket who was recently found drowned near his boat before he’d had a chance to claim his winnings is a chilling reminder that you never do know when your ticket for the next great journey will get punched.

Police do not suspect foul play, but according to WJRT-TV in Flint, Michigan, investigators were “concerned” by what they found in his pocket — the winning lottery ticket. This caused them to do a bit more digging into the man’s recent past.

Gregory Jarvis, a Michigan man who drowned, was found with a winning jackpot ticket in his pocket. https://t.co/z7S00TgIpl

It appears that, on Sept. 13, Jarvis was playing a Michigan State Lottery Club Keno add-on game, “The Jack,” at his favorite local haunt, the Blue Water Inn.

“Jarvis tried to cash the ticket before his death, but he didn’t have a Social Security card that was in good shape,” WJRT reported.

Jarvis had been at the Blue Water Inn again on the 19th, happily buying drinks, but had yet to cash in on his winnings as he needed a Social Security card to claim the money and was waiting for a new one to arrive in the mail.

“He couldn’t cash it because he didn’t have a Social Security card at all, it wasn’t any good, so he applied for a new one,” Talaski told WJRT.

The state lottery commission confirmed to the station that Jarvis would have needed to show a photo ID and a Social Security card to cash in his ticket.

When he left the bar that evening, it is believed to be the last time that anyone saw him alive. Talaski said he was a daily patron and was a “very nice guy.”

The next Wednesday, Jarvis’ boss came into the bar saying that he hadn’t been at work, either.

On Friday, police received a call that a body had washed ashore near a boat. The boat belonged to Jarvis. The body was his.

“We are thinking that he was tying up his boat, slipped and fell, hit his head, and that’s where he ended up in the water, no foul play suspected,” Caseville Police Chief Kyle Romzek told WJRT. An autopsy showed injuries that backed up the theory.

While initially concerned that the winning ticket could have something to do with his death, after some probing, police decided that was not the case.

“It did, at first, we were concerned about it but after the autopsy, and we interviewed people at the bar, he was well-liked around here, he was nice guy, that took it off the table,” Romzek told WJRT.

Talaski said that Jarvis had planned to use the money to visit family in North Carolina. His relatives are now in possession of the ticket.

This tragic story is exactly why the Bible admonishes us to store up treasure in heaven rather than on earth (Matt. 6:19-20). It sounds like Jarvis was a very nice gentleman with quite humble plans for his winnings, but it is certainly a reminder as to how little assurance we have each day that we may make it to the next to enjoy the material goods with which we may be blessed in this life.

You never know when you’re going to go, and if this unfortunate man had been able to cash in on his winnings and enjoy the money before his demise, the wealth would have still been worthless where he’s now gone — the afterlife where we’re all going.

I pray that he had the assurance of life eternal with Christ Jesus, and if you personally have not accepted Christ’s sacrifice as the atonement for your sins so that you can do the same, I urge you to do so (John 3:16, Acts 16:30-31, Romans 10:9-10). You simply can’t enjoy all the wealth heaven has to offer without Christ.

After all, whether it’s the pleasant surprise of winning the jackpot or money that we work hard for decades to amass, we simply can’t take it with us in the end.

I love the message this author shared. We all need to heed the warning that we never know when our last day is. We all will have eternal life, but only Jesus can give us eternal life in Heaven. Seek Him while there is time.