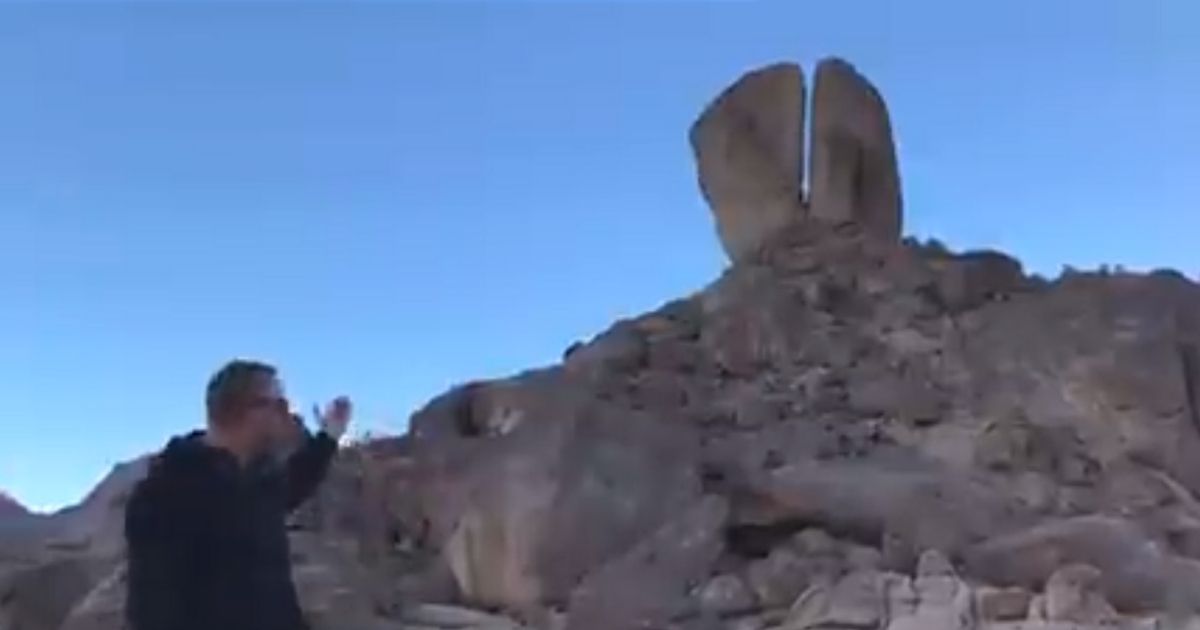 The following article, Team of Archaeologists Say They've Found Major Proof of Exodus Account Spread Across the Desert, was first published on Flag And Cross.

Nearly everyone, religious or not, knows the story of how the Ten Commandments came to be.

The biblical book of Exodus, in chapter 19, lays out the scene: Moses and the Israelites, months after being freed from captivity in Egypt, arrived in the Sinai Desert. Moses was eventually called to the top of a mountain towering over the group’s camp, where God descended with fire, smoke and lightning. After being instructed to do so, Moses then gave God’s covenants to the people of Israel.

While the Ten Commandments have survived in their entirety, the exact location of “Mount Sinai” has remained a mystery for thousands of years.

Speculation over the years has placed the biblical mountain in modern-day Egypt, Saudi Arabia and even Israel.

Now, a team of archaeologists says they have pieced together the clues to show not only where the famous pinnacle is, but also the sites of other biblical events surrounding the chronicle of the mountain.

According to Ryan Mauro, a Middle East expert with the Doubting Thomas Research Foundation, people may have simply been looking in the wrong spot.

“One of the main reasons certain scholars claim that the Exodus is a myth is because little to no evidence for what the Bible records has been found at the traditional Mount Sinai in Egypt’s Sinai Peninsula,” Mauro told The U.S. Sun.

“Move over into the Arabian peninsula,” he continued, “and you find incredibly compelling evidence matching the Biblical account.”

One of the main clues discovered by the archaeologists is a mountain with a blackened ridge.

According to Mauro, the Jabal Maqla peak’s seemingly scorched top suggests this is the site where God descended as holy fire and smoke and handed down His commandments. A singed mountaintop is only the first clue, however.

The Bible records the Israelites making their way to the Sinai desert through the Red Sea, parted to allow safe passage as a vengeful Pharaoh descended upon the Hebrew host. The archeologists say they’ve found this path as well.

An Egyptian seaside site at Nuweiba and locations in the nearby Red Sea show signs of a land path, according to the team. On the other side, water sources similar to the 12 wells encountered by the fleeing Hebrews can still be found.

In the depths of the Red Sea, the team also says there is evidence of the Egyptian pursuers’ watery demise in the form of coral structures shaped like chariot axles and wheels. Chariots were a staple of bronze age warfare and would have allowed Pharaoh’s troops to rapidly approach a group traveling on foot.

Another clue is the existence of petroglyphs and carvings of people worshipping bulls in the area, which seem to match up with the biblical account of many impatient Hebrews turning back to an Egyptian god in the form of a golden calf.

Nearby, the apparent remains of an altar to God can be seen. Stones and objects identified as pillars appear to match up with the book of Exodus’ account of the holy site.

One final clue might be the biggest for the group — the split rock at Horeb.

The rock, boasting a noticeable split directly down the center, is claimed to be the stone that Moses struck with his staff to produce water.

Despite being stuck in the middle of a desert, the team says major evidence of water erosion can be found all around.

Footage from Base of The Split Rock at Horeb – With @ryanmauro pic.twitter.com/i9rWt4ZN2p

Since the wandering Hebrews didn’t bother to write down exact coordinates to these key biblical places, the world will likely never know exactly where these events took place.

While the team’s evidence is compelling, it seems this is another Bible mystery that will continue to entice archaeologists and the faithful around the world.