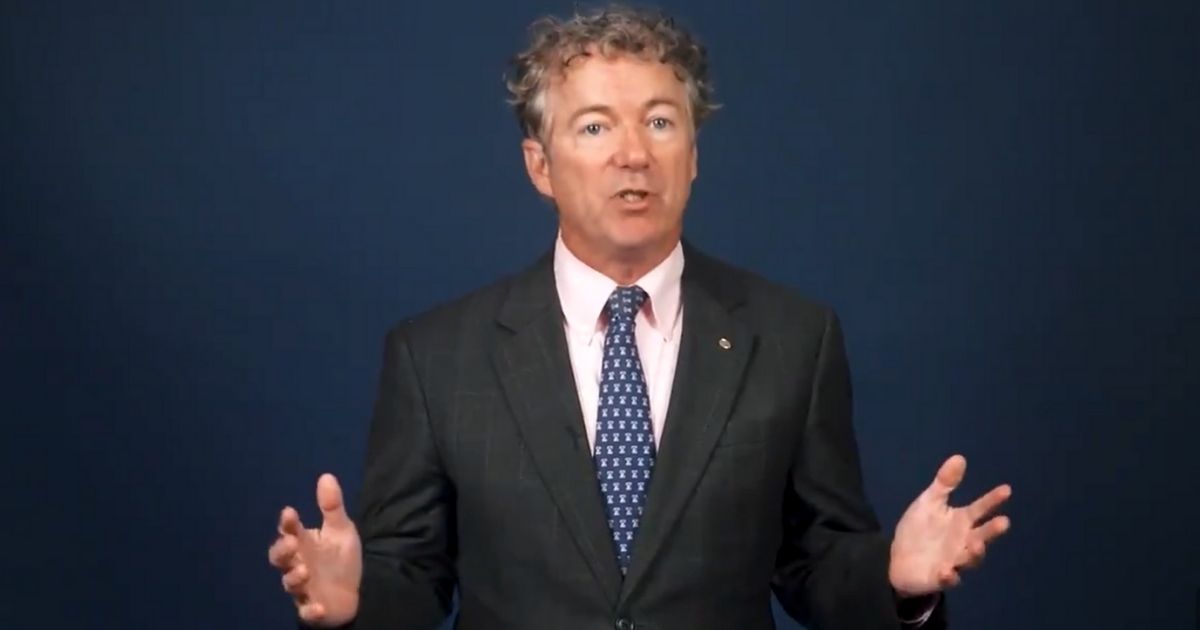 Kentucky Senator Rand Paul tore into Joe Biden’s Secretary of Health and Human Services Secretary Xavier Becerra — who is NOT a trained doctor — for “ignoring science” with his lies about COVID and the vaccines.

During a recent Senate committee hearing, Paul grilled Becerra over his obvious lack of knowledge about medical and scientific matters even though he makes all sorts of proclamations and policy movs based on his lack of knowledge.

Paul brought up a recent study in Israel that show that people who are merely vaccinated have a much greater chance of still catching COVID than people who already had COVID and have built a natural immunity.

Becerra claimed he never heard of the study. This is either a lie, or proves even better that Becerra is not qualified for his position.

“I’m not familiar with that,” Becerra blurted out.

Paul took a stick to him immediately, saying, “I think you might want to be if you’re going to travel the country insulting the millions of Americans, including NBA star Jonathan Isaac, who had Covid, recovered, look at a study with 2.5 million people, and say, well, you know what, I should make the decision. Instead, you’ve called Jonathan Isaac and others, myself included, flat earthers.”

“We find that very insulting,” Paul said, adding, “Are you a doctor or a medical doctor?”

Becerra desperately tried to pump himself up by claiming that he is qualified simply because other people put him in a position to make decisions.

You’re not a medical doctor. Do you have a science degree? And yet you travel the country, calling people flat earthers, who have had Covid, looked at studies of millions of people, and made their own personal decision that their immunity they naturally acquired is sufficient but you presume somehow to tell over 100 million Americans who survived Covid that we have no right to determine our own medical care,” Paul said. “You alone are on high and you’ve made these decisions, a lawyer with no scientific background, no medical degree. This is an arrogance coupled with an authoritarianism that is unseemly and un-American.

Paul added that Becerra should be ashamed of himself for pushing the lies and calumny he is pushing at HHS.

The Sen. went on:

The vast preponderance of scientific studies, dozens and dozens, show robust, long-lasting immunity after Covid infection. Even the CDC does not recommend measles vaccine if you have measles immunity. The same was true for smallpox. But you ignore history and science to shame the flat earthers, as you call them. You should be ashamed of yourself and apologize to the American people for being dishonest about naturally acquired immunity.

Quit lording it over people, acting as if these people are deplorable and unwashed. Try persuasion instead of government cudgels. Try humility instead of arrogance. Try freedom instead of coercion. Most of all, try understanding there is no more basic medical right than deciding what we inject into our bodies. Today, half a hearing that millions of people in a study prove — show without a doubt that there is a great deal of immunity from getting it naturally, do you want to apologize to the 100 million Americans who suffered through covid, survived, have immunity, and yet you want to hold them down and vaccinate them? Do you want to apologize for calling those people flat earthers?