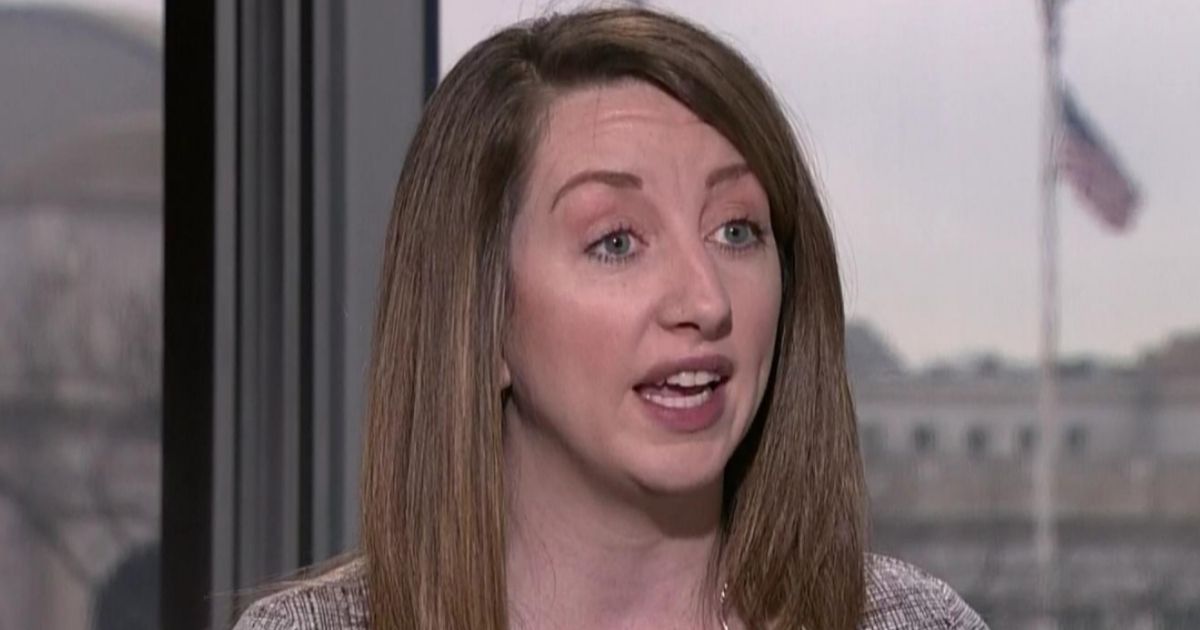 The following article, Reporter Shames Family of Dead Marine for Not Wearing Masks, Removes Photo After Outrage, was first published on Flag And Cross.

A Gold Star family visiting Washington this week to lay their daughter to rest was attacked by a Politico reporter online after the family members toured the Capitol, and most of them were photographed without wearing masks.

KCRA-TV reported U.S. Marine Corps Sgt. Nicole Gee, who was among the 13 U.S. service members killed by a suicide bomb last month at the Kabul airport in Afghanistan, was laid to rest on Wednesday.

The outlet previously reported that Gee, who was 23-years-old at the time of her death, was honored late last month in a ceremony in California where she was remembered as being passionate about her service.

In an Instagram post just before her death, Gee posted a photo of herself holding a baby.

One of the last Instagram posts from fallen Marine Sgt. Nicole Gee in Kabul, who was killed in the suicide blast. She’s holding a rescued infant.

“I love my job,” she captioned it.

Gee was taken this week to her final resting place at Arlington National Cemetery in Virginia. Her family, who had traveled to the Washington area from California, reportedly decided to visit the Capitol while they were in the area this week.

Rest easy, Sgt. We have the watch. pic.twitter.com/Ju8gvbzsdw

Republican Rep. Tom McClintock, the representative for the family’s district, had publicly grieved with the family after Gee’s death.

He posted a photo of the fallen soldier on Twitter after she was killed.

23 year old Marine Sergeant Nicole Gee from Roseville is the definition of an American hero. A selfless Marine who put her country before herself was lost in the line of duty while helping evacuate Americans and our allies in Afghanistan. Remember her name. pic.twitter.com/7DOkeYbyCM

McClintock was reportedly the reason Gee’s family was at the Capitol on Wednesday, as he had offered them a tour. This seemed to anger Politico reporter Heather Caygle.

In a since-deleted tweet, Caygle posted an image of the family touring the building.

The tweet was taken down, but an archived version of it is still available online.

Former Republican Sen. Jim DeMint posted a screenshot of Caygle’s tweet and pointed out that after criticizing the grieving Gold Star family, it looked like the reporter gave an image of maskless reporters surrounding Democratic Sen. Joe Manchin of West Virginia her approval.

“Same reporter. Mocks family of fallen marine on small private Capitol tour without masks. 2 hours later celebrates photo of dozens of journalists on top of each other without masks. Vain media thinks of themselves as the true heroes,” DeMint commented.

Same reporter. Mocks family of fallen marine on small private Capitol tour without masks. 2 hours later celebrates photo of dozens of journalists on top of each other without masks. Vain media thinks of themselves as the true heroes. #JournalismIsDead pic.twitter.com/0MHSeCk4Sw