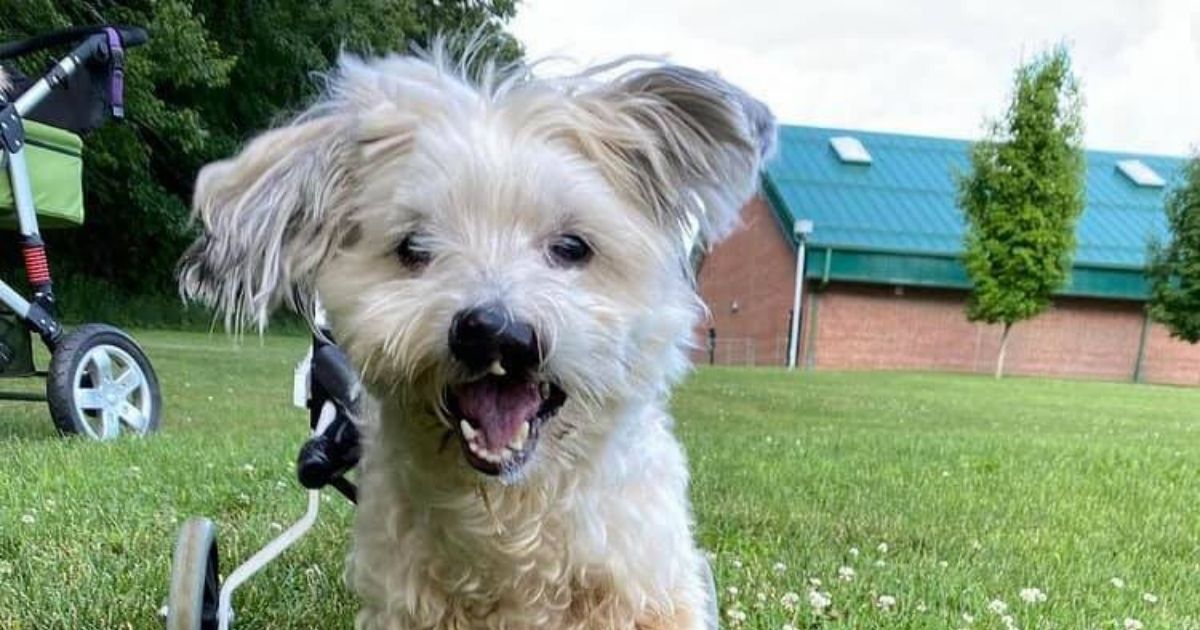 Penelope is an 8-year-old wheaten terrier and poodle mix who is sweet, has a spiffy set of wheels and is looking for a forever home.

Her first eight years of life are something of a mystery, as she was found earlier this year as a stray in New York City. When she was brought to the Animal Care Centers of NYC, it was clear she was unable to use her back legs.

Generally, a paralyzed dog would be overlooked and unlikely to receive necessary specialized care at a general animal care center, but thankfully NYCACC has a special program for dogs just like Penelope.

Through their New Hope Program, Penelope was able to get to a rescue that would be able to devote time and attention to getting her in tip-top shape before finding her a forever home.

Friends with Four Paws ended up with Penelope. Nina Aguero Rios, the organization’s vice president, told People that when they heard about the little mixed-breed dog, “we just had to pull her.”

“When we fitted her for the wheelchair,” Rios said, “it took her, honestly, half a block, and she just went with it.”

Veterinarians have said Penelope’s paralysis is probably due to a degenerative condition called IVDD that often develops in middle-aged dogs.

“Likely it is IVDD, which is intervertebral disc disease,” Rios said. “It’s where the back just is not strong enough to support the body and gives out.”

As Penelope warmed to her foster parents and her true colors started to shine, rescuers have realized she’s a little diamond in the rough. The rescue has patched together their best guess at her past.

According to what the rescue posted about her, she’s well-mannered, doesn’t shed and is “the sweetest soul you’ll meet.” She also loves people, kids and other dogs.

Because of her sweet behavior around people, her age and her likely health condition, Rios believes Penelope used to be a pet but was dumped after she became paralyzed.

“They must have dumped her,” she said. “In our reality, a paralyzed dog does not get lost easily unless you really want it to. So she was somebody’s family dog.”

Rios urges potential adopters not to shy away from special-needs dogs like Penelope.

“You adapt to their needs fairly quickly,” she explained. “First off, as long as the dog is not in pain, paralyzed dogs can lead such a wonderful life … It’s impressive how resilient they are and how sweet they are.”

Penelope is officially ready for her forever home, and Friends with Four Paws is currently accepting applications.