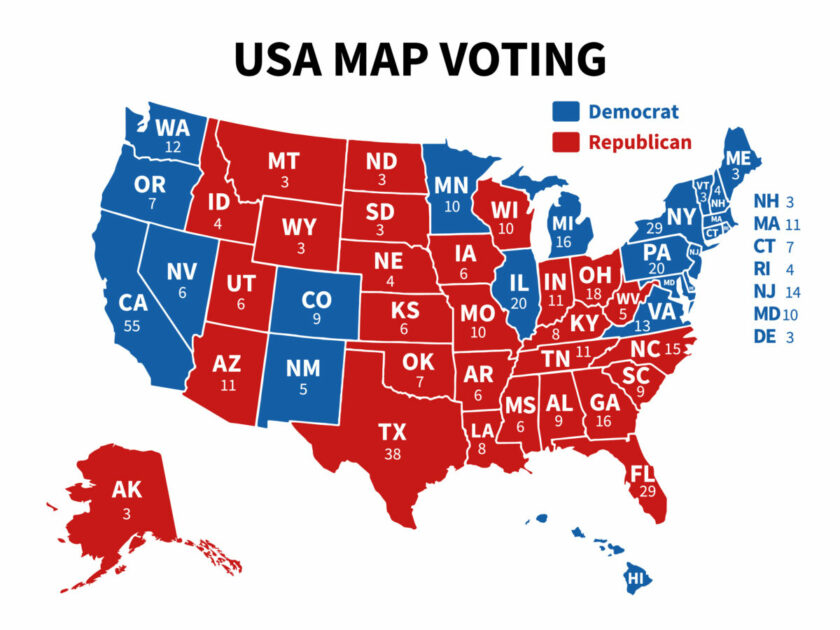 The following article, National Divorce? 52% of Trump Supporters, 41% of Biden Voters Think It’s Time for Red and Blue States to Secede, was first published on Flag And Cross.

One would of course have to be living under a rock to be unaware of the cultural and political divide in the country. Have you ever seen such partisan division?

Still, when polled about the idea of separating into two distinct countries, a stunning number of Americans are in favor of splitting up, according to a new poll from the University of Virginia’s Center for Politics.

“Significant numbers of both Trump and Biden voters show a willingness to consider violating democratic tendencies and norms if needed to serve their priorities,” the poll noted.

“Roughly 2 in 10 Trump and Biden voters strongly agree it would be better if a ‘President could take needed actions without being constrained by Congress or courts,’ and roughly 4 in 10 (41%) of Biden and half (52%) of Trump voters at least somewhat agree that it’s time to split the country, favoring blue/red states seceding from the union,” the poll added.

While the idea of states, both red and blue, seceding from the union is nothing new, UVA’s poll found that support for the idea is popular among both Republicans and Democrats nationwide.

Apparently, Republicans don’t want socialism forced down their throats. Meanwhile, Democrats can’t stand the idea of being able to think and act for themselves. That isn’t the least bit surprising.

The last 18 months or so have definitely exposed the partisan divide in the country. More than half of the people who told UVA they voted for Trump are willing to walk away from the United States and carve their own path.

Despite seeing their party in power in Washington and in control of entertainment, academia and sports, people who chose Biden in the 2020 election would be content with seeing their states seceded. Power is never enough.

UVA Center for Politics director Larry Sabato commented on the release of both the poll and its findings.

“The divide between Trump and Biden voters is deep, wide, and dangerous,” Sabato said. “The scope is unprecedented, and it will not be easily fixed.”

Voters seemed more divided when asked more specific questions, according to the poll. A vast majority of both Trump and Biden voters said they view their political opponents as dangerous.

Asked if they view the elected officials from the opposing party as a “clear and present danger to democracy,” 80 percent of Biden voters either somewhat or strongly agreed. Meanwhile, 84 percent of Trump voters answered the same way.

Asked if their counterparts “no longer believe in the ideas that make America great,” the divide was also apparent. Seventy-two percent of people who said they voted for Biden told the pollster they believe their opponents’ views are counter to what might make the country great.

When paying attention to current events and conversations about politics and policy, it’s impossible to imagine a time when the country was more divided. Still, seeing so many Americans willing to call it quits and go their own way is a tragedy — considering all the country has been through across two-and-a-half centuries.