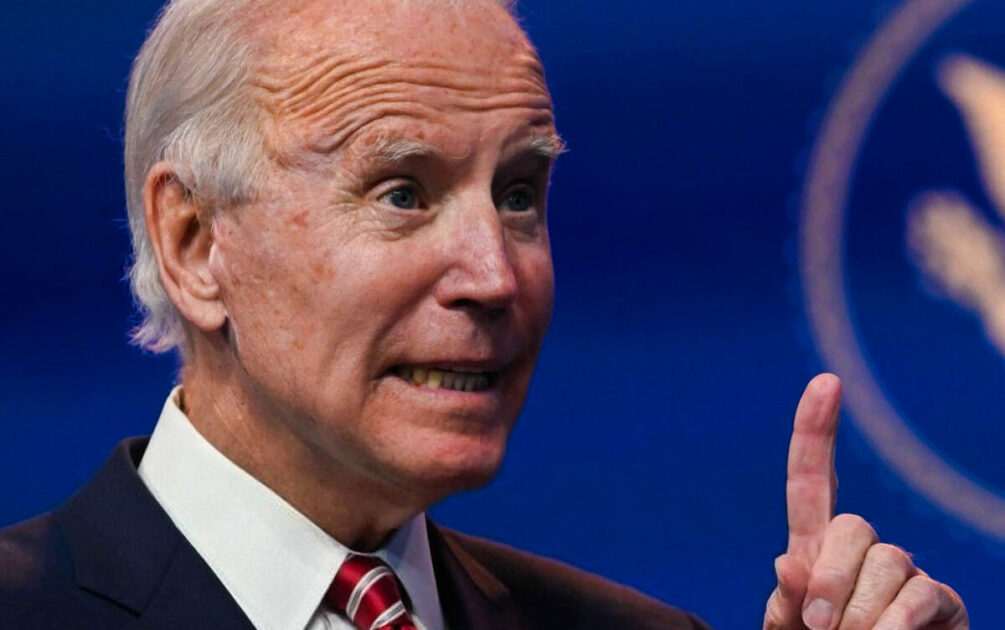 The following article, Biden Tries to Take Questions as Infrastructure Push Falters, But His Handlers Stop Him, was first published on Flag And Cross.

President Joe Biden tried to calm the waters in the Democratic Party on Friday in a brief Capitol Hill appearance that did not involve questions from any of the lawmakers meeting with him.

According to Politico’s Sarah Ferris, Biden met with the House Democratic caucus and offered to take questions from his fellow party members.

However, the legislators got the same treatment as the news media as Biden’s handlers intervened.

“At the end of his remarks, BIDEN offered to take questions from members but his staff jumped in. He didn’t take any questions,” Ferris tweeted.

At the end of his remarks, BIDEN offered to take questions from members but his staff jumped in.

He didn’t take any questions.

The meeting was designed to cool tempers and end a growing internecine feud over two major pieces of Biden’s legislative agenda.

A $1 trillion infrastructure package has passed the Senate with bipartisan backing, and even enjoys the support of a majority of House members. However, the bill is being held hostage to a $3.5 trillion spending package that moderates oppose.

Progressives have said that if the Senate does not pass the spending package, they will not support the infrastructure bill, thus causing both major pieces of Biden’s agenda to crash and burn.

On Friday, Biden said the infrastructure bill “ain’t going to happen” until Democrats can work out what can be crammed into the tax-and-spend package that currently sits at $3.5 trillion.

“Let’s try to figure out what we are for in reconciliation … and then we can move ahead,” Biden said, according to The Washington Post, referring to the process by which Democrats can ram their spending bill through the Senate without Republican support.

Moderates said a compromise designed to appease progressives was not what they were hoping for.

“It’s a disappointment to me,” Democratic Rep. Jim Costa of California said.

Democratic Rep. Josh Gottheimer of New Jersey, who in August led a revolt of moderate Democrats demanding a vote on the infrastructure bill — something House Speaker Nancy Pelosi assented to at the time — was also upset.

“Speaker Pelosi breached her firm, public commitment to members of Congress and the American people to hold a vote,” he said.

“This far-left faction is willing to put the president’s entire agenda, including this historic bipartisan infrastructure package, at risk,” he said, according to The New York Times. “They’ve put civility and bipartisan governing at risk.”

“It’s a sad day for our nation when a few members of Congress block much-needed results for the American people, not because they oppose the bill before them, but because they don’t trust members of their own party,” Democratic Rep. Stephanie Murphy of Florida said in a statement, according to The New York Times.

“We urge our colleagues to abandon these destructive tactics and stop blocking President Biden’s agenda.”

But progressives said the infrastructure bill needs to go down in flames.

“It is an absurd way to do business, to be negotiating a multitrillion-dollar bill a few minutes before a major vote with virtually nobody knowing what’s going on,” Vermont Sen. Bernie Sanders said Thursday, according to Fox Business.

“That’s unacceptable. And I think what has got to happen is that tonight, the bipartisan infrastructure bill must be defeated. And we can sit down and work out a way to pass both pieces of legislation,” he said.

Continue reading: Biden Tries to Take Questions as Infrastructure Push Falters, But His Handlers Stop Him ...