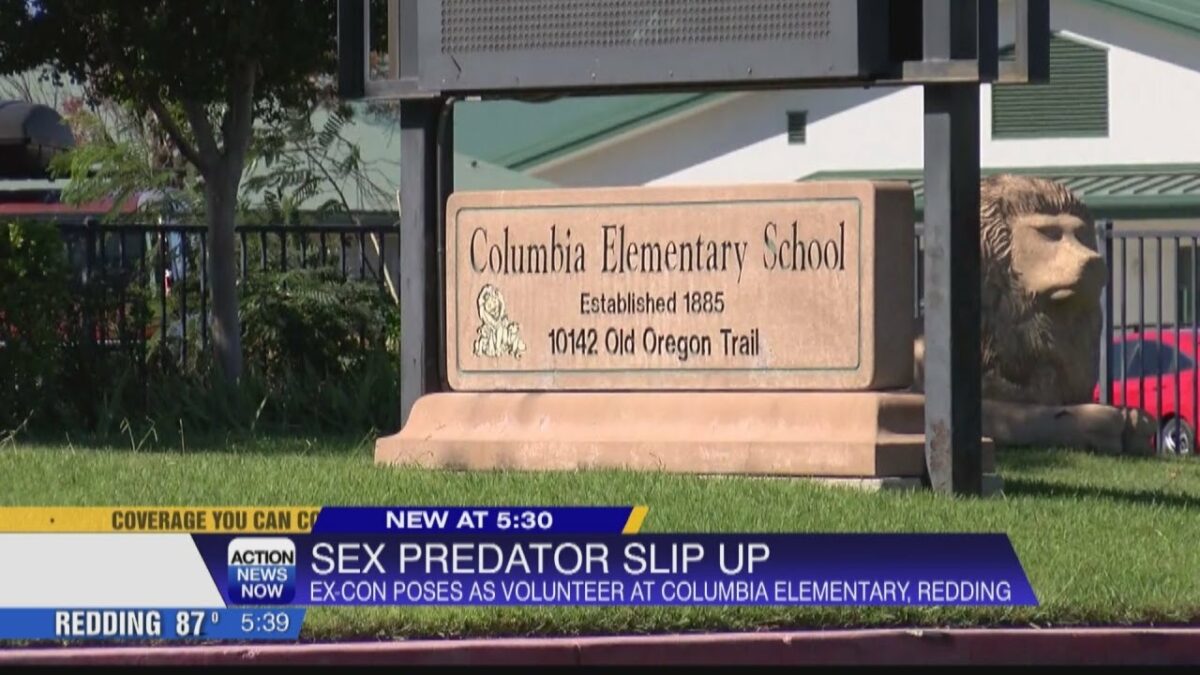 The following article, Parents Furious After Discovering Elementary School Volunteer Is a Convicted Sex Offender, was first published on Flag And Cross.

Parents are outraged after discovering that a man who has been volunteering inside their children’s northern California elementary school for two years is a registered sex offender.

KRCR-TV reported 36-year-old Sean Green had been working at Columbia Elementary School in Redding, California, until just last week. Per the outlet, Green has a rap sheet that should have prevented him from ever even going near children.

According to the California Megan’s Law Website, which lists known sex offenders, Green was convicted of contacting a minor with the intent to commit a specified sex offense, attempting to possess or control obscene material depicting a minor in sexual conduct and indecent exposure.

District Superintendent Clay Ross explained in a message to parents that Green fell through the cracks because the school relied only on using his fingerprints when it conducted a background investigation.

“This is Mr. Ross with an important announcement. It was brought to our attention last week that an individual was on our campus that should never have been allowed,” he said in an email. “We immediately took steps to permanently deny their access and have been in communication with both RPD and the [Shasta County] Sheriff’s Department.”

“Rumors of this situation have been spreading on social media and by other means. Please know that we took this situation seriously, have addressed it, and have instituted new internal procedures to prevent this scenario in the future,” Ross added. “If you are aware of individuals who should not be allowed on our campus please bring them to our attention so that we can take proper precaution.”

The message did not calm angry parents, who were told Green had been around children at the school for two years.

“I drop my kids off thinking that they’re safe at school, already knowing that I’m already scared that they’re not gonna be on the bus or something is going to happen, and they hear about this and it’s kind of frustrating,” said one mother who did not wish to be named, according to KRCR. “I went to school back when I was a kid. I had Mr. Ross when I was here. But, it’s kind of frustrating and super irritating.”

Another parent was rightly angered.

“I am disgusted with it,” a man named Joshua Heatherly said. “This was a huge mistake on the school’s part and the teacher whose room he was volunteering in.”

“I’ve spoken with other parents whose kids were in the class Green was volunteering in and they feel the same way. He was there for around two years and has been in a relationship with one of the teachers at the school,” the father added.

Heatherly called for action against the teacher who allowed the sex offender to spend time in the classroom around children.

The outlet reported there is speculation Green might have been in a romantic relationship with a teacher whose classroom he volunteered in.

“Who knows how many kids have been exposed to Sean Green at this point,” the man told KCRC. “He’s been helping at the school for a couple of years now. He’s been volunteering in her classroom as well as school functions. I would like the teacher that knew him removed immediately.”

A man named Leroy Max told KHSL-TV that he has a niece who attends Columbia Elementary School, and he fears what might have happened while Green was around so many young people.

“A little upset and very scared, I guess you can say, just knowing that there is a possibility he could have been alone with my niece, and for the most part there is no way we really know. It’s a scary situation you wouldn’t want any child to be put in,” he said.

According to KRCR, police said they contacted the convicted sex offender and that charges have been filed against him.

Where? California. That explains it all. Hats off to the parents that call wrong wrong and stand for what’s right.

C’mon man! It’s for the Children.