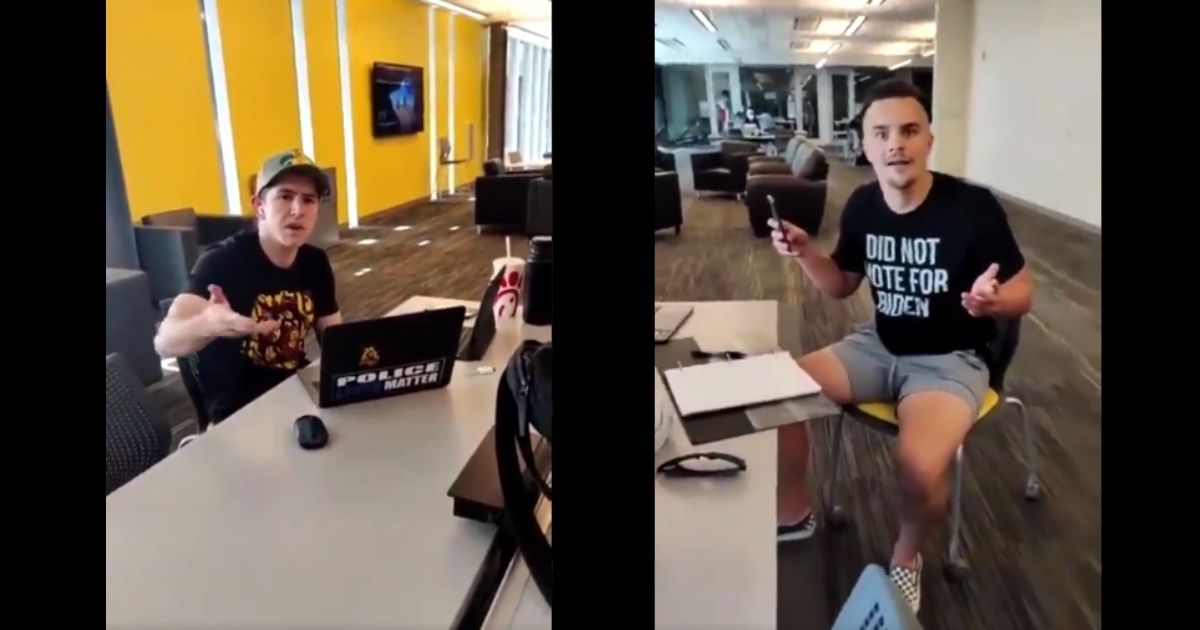 The following article, Young Not Stupid: Conservative Students Harassed and Accused of Racism in Viral Video, was first published on Flag And Cross.

The following is an installment in a weekly series of commentary articles by Cameron Arcand, founder of the conservative commentary website Young Not Stupid and a contributor to The Western Journal.

From the moment I arrived at Arizona State University last month, the faculty stressed the importance of diversity and inclusion in the college community.

In fact, ASU’s charter says the school is “measured not by whom we exclude, but rather by whom we include and how they succeed.”

One of the oft-mentioned tenets of this creed is the need to respect others’ political affiliations, and the Foundation for Individual Rights in Education has given ASU a green light for its First Amendment policies.

But a recent incident shows that although the university promotes ideological diversity on paper, the student body still has work to do when it comes to political tolerance.

A woman confronts the conservative men over a laptop sticker that says “Police Lives Matter.”

“What did I do wrong?” the student with the pro-police sticker asks.

This insanity is happening on college campuses pic.twitter.com/BrVxICZYqP

The argument continues, with the woman saying the men are “making the space uncomfortable.”

“But you’re white!” the woman says. “Do you understand what a multicultural space [is]? It means you’re not being centered.”

“White’s not a culture?” says one of the men, who is wearing a “Did Not Vote For Biden” T-shirt.

“No, it’s not a culture. White is not a culture,” the woman says. “This is the violence that ASU does and this is the type of people that they protect. OK? This white man thinks he can take up our space.”

When one of the students says he’s not racist, the woman responds, “You are racist. Your sticker’s racist.” When he apologizes and says he didn’t mean to offend anyone, another woman says, “But this offends us automatically because these people kill people like me and like us, right? So you’re promoting our murderers.”

In the full video, the two men eventually leave as the situation escalates.

ASU’s dean of students released a statement condemning the altercation.

It’s clear that ASU’s administration is trying to attract and appease left-wing students and faculty, and will likely sweep this incident under the rug.

With that being said, it is undeniable that the university has a significant conservative plurality, making it more reflective of the nature of American politics than many schools.

Let’s be honest: ASU is no University of California, Berkeley, when it comes to leftist hostility.

But this video shows that its political climate leaves a lot to be desired. All students must do a better job respecting the ideological diversity the school claims to value.