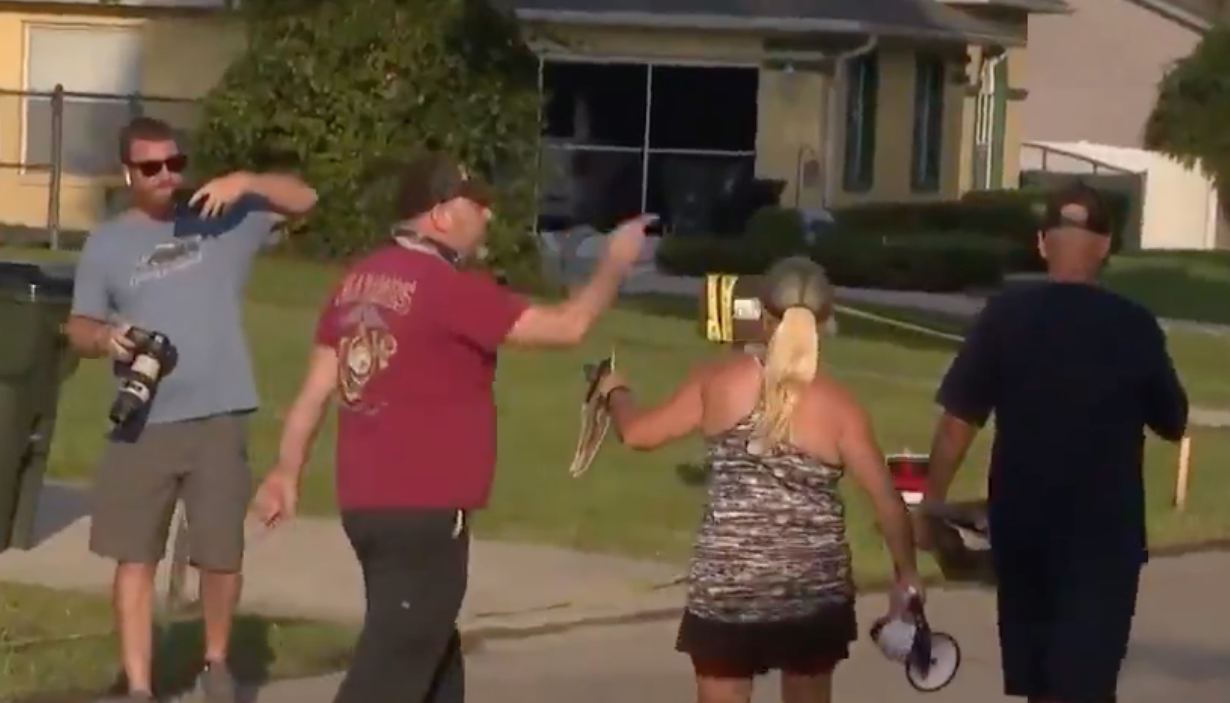 The following article, VIDEO: Arrest Made at Brian Laundrie’s Family Home After Heated Altercation, was first published on Flag And Cross.

The case of Gabby Petito’s homicide is moving forward still, but perhaps too slowly for some who’ve been demanding justice for the slain social media influencer.

Gabby’s fiancé, Brian Laundrie, is now missing, having disappeared just days before her body was found and before he was charged with bank fraud for posthumously using Petito’s credit cards.

Laundrie and his family had earlier refused to cooperate with authorities who were investigating Gabby’s disappearance and death, which has led to a number of protesters camping out in from of the family home in Florida.

Emotions on the block came to a head this week, leading to an arrest.

Two protesters with megaphones have taunted and yelled at the Laundrie family from outside the home for the past few days from morning to evening. At around 6 p.m. on Wednesday, a neighbor came to the front of the house and appeared to push a male protester.

“You can sit here all you want with your megaphone. I don’t care, but you come on my property again, I’m going to f****** beat your a**,” the neighbor yelled at the protester as he threatened to call 911.

The neighbor then pulled out a cell phone to try to show proof that the protester came on his property before walking away.

“You’re going to jail,” the protester said while filming the encounter. “You just assaulted me on camera.”

The incident was soon making the rounds on social media.

A lot of you asking me about the fight outside the Laundrie house last night between the protestors and the neighbor.
Here is the video we got.
The neighbor was claiming someone was on his property. pic.twitter.com/tshcWZMjfe

The aggressor was arrested after the incident and charged with battery.