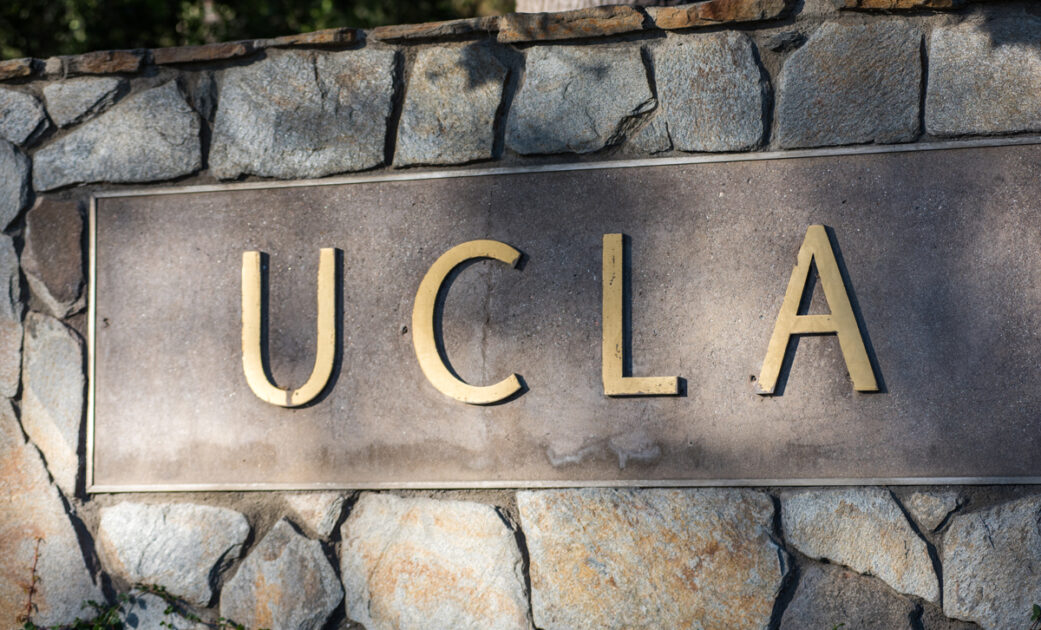 The following article, UCLA Suspends Professor Because He Won’t Grade Blacks Easier, was first published on Flag And Cross.

UCLA has suspended a professor because he told black students that he wouldn’t grade them more leniently than he does other students.

Gordon Klein, an accounting professor at the university’s Anderson School of Management, was suspended after he sent an email to his class telling them that he won’t woke his classroom to satisfy leftist activists.

Some black students reportedly whined to school administrators over the “tone” of the prof’s email.

The email was Klein’s response to a buttinski, leftist white kid’s attempt to “help” black students by demanding that Klein grade black kids at a lower standard.

Because, you know, all liberals think blacks are too stupid to learn things at the same level as white kids.

The professor’s email was a response to a non-black student asking that black students be provided special consideration and accommodations due to Floyd’s death in May 2020 and the protests that followed. The student in question reportedly requested a “no-harm and shortened final exam, and extended deadlines for final assignments and projects in consideration of black students’ well -being in light of nationwide protests against police brutality.”

The student added, “This is not a joint effort to get finals canceled for non-black students, but rather an ask that you exercise compassion and leniency with black students in our major,” and asked the professor to consider grading the course “on a curve” for black students.

In response, Klein wrote, “Thanks for your suggestion in your email below that I give black students special treatment, given the tragedy in Minnesota. Do you know the names of the classmates that are black? How can I identify them since we’ve been having online classes only? Are there any students that may be of mixed parentage, such as black-half Asian? What do you suggest I do with respect then? A full concession or just half?”

Klein then questioned the possibility that a “white [Minneapolis] student” might “possibly be even more devastated” by Floyd’s death.

He also quoted Martin Luther King Jr. and said, “Remember that MLK famously said that people should not be evaluated based on the ‘color of their skin.’ Do you think that your request would run afoul of MLK’s admonition?”

The school quickly put Klein on suspension over the woke attacks.

Then the idiots running the school bowed and scraped to the leftist students and apologized for Klein’s email and said the school was “investigating” the email.

Finally, Klein has taken the right action by suing the school over the idiotic treatment they’ve afforded him.

By any rights, he should win.