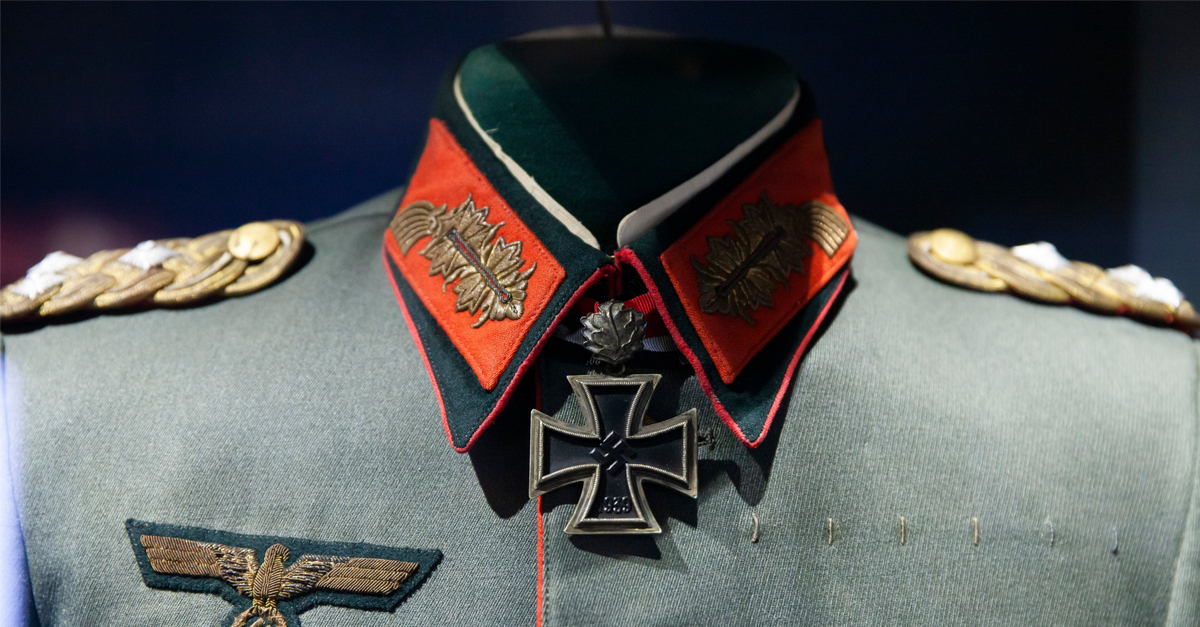 The following article, Nazi Guard Captured After Skipping Trial at 96 Years Old, was first published on Flag And Cross.

When it comes to globally held opinions, there are few that don’t shift throughout the passage of time.  Most everything has its beginning and its end, or its limelight and twilight.

But not our views on Nazism.  Never.  This scourge is not going to come back into favor.  Not now.  Not ever.  Not if the moral and just among us have anything to say about it.

And that’s why, even this far removed from World War II, there is no going easy on the Nazis who still evade capture.  We play for keeps, still, no matter their age or their health.

A former secretary for the SS commander of the Stutthof concentration camp skipped the planned start Thursday of her trial in Germany on more than 11,000 counts of accessory to murder, officials said. She was picked up several hours later after the court issued an arrest warrant.

The 96-year-old woman left her home near Hamburg in a taxi on Thursday morning, a few hours before proceedings were due to start at the state court in Itzehoe, court spokesperson Frederike Milhoffer said.

The court issued the warrant and delayed the reading of the indictment until the next scheduled hearing on Oct. 19 because that couldn’t be done in the defendant’s absence.

Litigators did not expect the woman to attempt such a daring escape.

The accused woman previously had “announced that she didn’t want to come” to court, but the statement did not provide sufficient grounds for detaining her ahead of the trial, Milhoffer said. Given the woman’s age and condition, she had not been expected “actively to evade the trial,” Milhoffer added.

Her flight, he added, “should also affect the punishment.”

I say again, we play for keeps when it comes to Nazis.