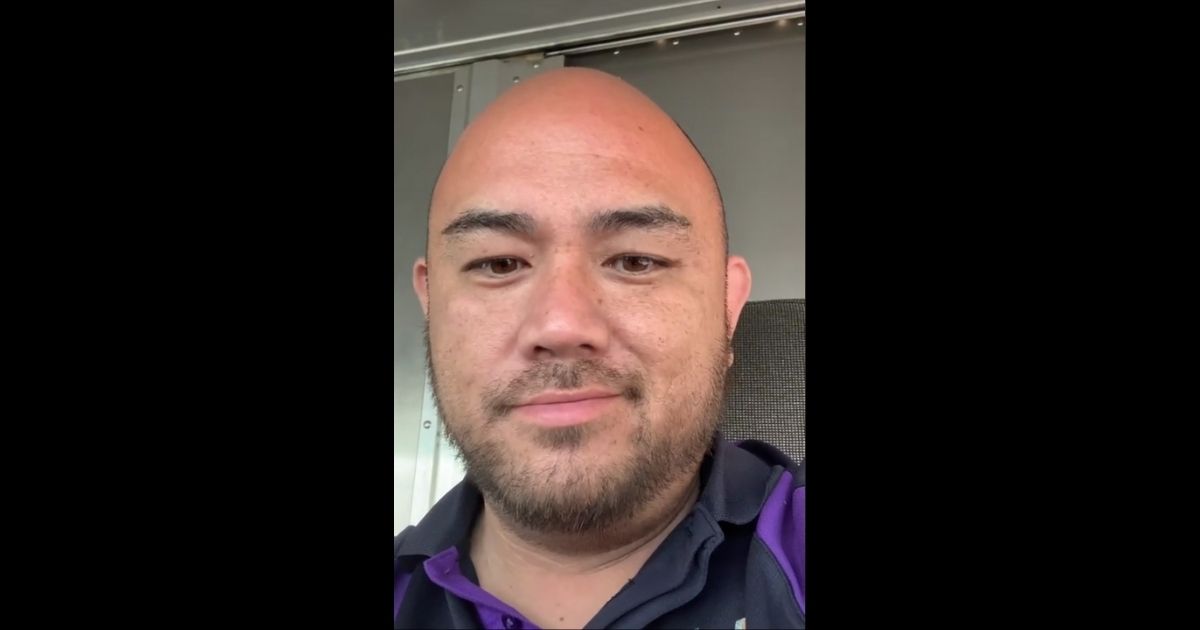 The following article, On His Last Day on the Job, Fed-Up FedEx Driver Says He'd Refuse to Give Libs Their Packages, was first published on Flag And Cross.

President Joe Biden and his cohorts have driven a wedge between everyday Americans to such a degree that a now-former delivery driver admitted he was willing to lash out at liberals by withholding their packages.

The FedEx driver, Vincent Paterno, said on the video-sharing app TikTok that he would not drop off packages to supporters of Biden or people who don’t fly the American flag outside their homes.

“What’s up, TikTok?” Paterno said in a video posted Sept. 16 while wearing a FedEx uniform and apparently behind the wheel of a delivery truck.

“I will not deliver your s***. I will bring that back to the station. And I will keep doing that s***. Have a good day,” he concluded.

FedEx responded by saying that Paterno is no longer employed by the delivery company.

“We are appalled by the behavior depicted in this video, which does not reflect the views of FedEx,” a FedEx spokesperson told TooFab. “This individual is no longer providing service on behalf of the company.”

Paterno posted a follow-up video this week clarifying that he was not fired, but had been planning to leave his job weeks before he posted the first video. He apparently posted the video on his last day at FedEx.

Of course, we shouldn’t condone Paterno’s actions. Even left-wing lunatics are entitled to receive packages they paid for.

What Paterno boasted of doing was wrong. But the point isn’t missed or late deliveries.

The point is that this country is at war with itself.

With the full approval of the White House, leftist tyrants are alienating and scolding anyone who disagrees with them. Americans are being denied basic rights because Democratic officials and woke private businesses no longer believe in personal choice. They’re tearing our nation apart for a second straight year.

Some of them are upset that people are refusing to follow their orders. Others are no doubt furious that those who chose not to get vaccinated made a decision they will probably be able to justify.

As powerful leftists continue to stifle free speech and independent thought, some are beginning to respond in kind.

A missed package, however petty it might have been on the part of this delivery driver, is a sign of where we are.

Many Americans have had enough — maybe too few. But it’s become abundantly clear that any hope for the “unity” we were promised under the Biden administration is gone.

Continue reading: On His Last Day on the Job, Fed-Up FedEx Driver Says He'd Refuse to Give Libs Their Packages ...