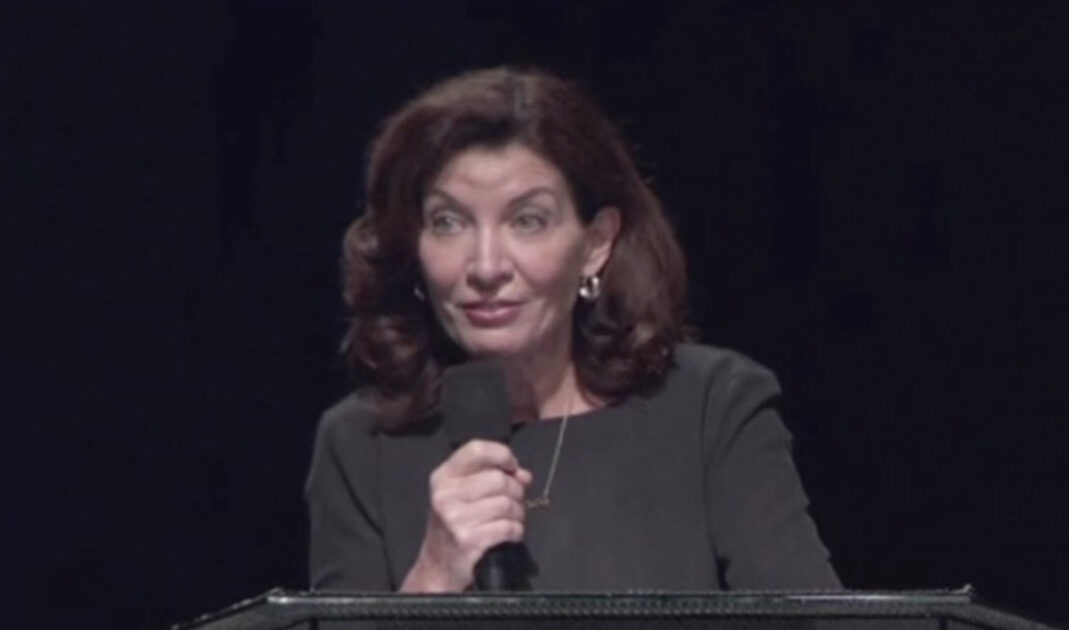 The following article, NY Gov. Hochul Says God Wants Us To Get COVID Vax- Um… Did God Drop Her a Note?, was first published on Flag And Cross.

On Sunday, New York’s new Governor, Kathy Hochul, told a Christian group that God wants them to get the COVID vaccine:

“Yes, I know you’re vaccinated. They’re the smart ones, but you know, there are people out there who aren’t listening to God and what God wants. You know this. You know who they are,”

“I need you to be my apostles. I need you to go out and talk about it and say, ‘We owe this to each other. We love each other Jesus taught us to love one another. And how do you show that love, but to care about each other enough to say, ‘Please get vaccinated because I love you. I want you to live.'”

Reading this quote got me wondering why God would pick Kathy Hochul to speak with. I double-checked the scriptures, and I found nothing in the Jewish canon mentioning COVID vaccines. A Christian friend told me there is nothing in their canon about the COVID poke either. Therefore the question arises how did she find out about God and the vaccine? Wouldn’t he pick a national figure like President Biden to get the entire country to get the vaxx? Or even better, Secretary-General of the United Nations António Guterres so he could tell the whole world that he knows what the Big Guy upstairs wants us to do. It would have been even more impressive because they just ended the week where leaders from around the world came to New York. That would have had a much more significant impact.

How did she speak to God? Now I speak to God every day with prayers from my heart. And I do feel that he hears my prayers. But in all my years, I have never had a direct conversation with God. The end of the Torah says, “Since then, no prophet has risen like Moses, whom the LORD knew face to face.” Did someone leave out the words “until Kathy Hochul?”

It’s hard to believe that God told the governor to fire everyone who didn’t take the vaccine. Some of those people are single parents, and they all need jobs to make a living. I am not the religious police, so I don’t know for sure, but It just doesn’t seem holy to throw people out of work without exceptions—especially religious objections. And since the Gov. is an Irish Catholic, If God was going to talk to her directly, I would imagine he would mention something about her pro-Abortion stance long before COVID pokes.

But she says she knows what God wants even though COVID vaccines aren’t mentioned in the scriptures. Did Governor Hochul call God on the phone? I hope no. Because if she did, the governor might have wasted a lot of taxpayer money. After all, she should have called from Jerusalem, where it’s a local call instead of calling from New York, which is a very long distance from heaven. Maybe she texted the Big Guy over the internet. Maybe using Twitter? Nah, that can’t be how they spoke. Twitter Jack would have censored God because some parts of the Bible may be considered conservative.

Hochul told the Christian group she wanted them to be her apostles. Not being Christian, I looked up the word in the dictionary. It says the apostles were the chief disciples of Jesus. Does that mean God didn’t want her to fire people of other faiths?

What else did the governor and the Creator of the universe talk about? I hope she put in a good word for the NY Jets. We know the Lord is a sports fan? Remember what he said in the movie “Oh God!?” 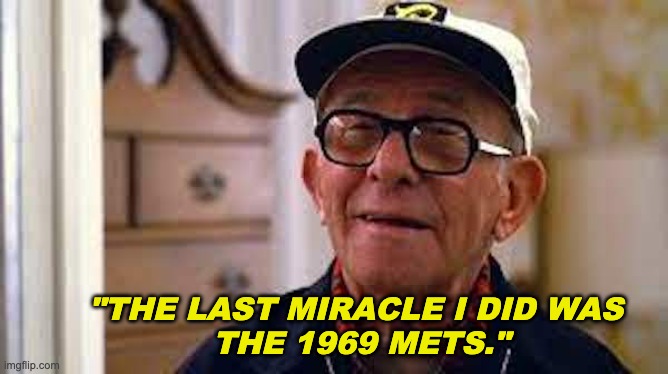 The real question, of course, is, did NY Governor Kathy Hochul REALLY talk to God, or was she making it up in her own head? If she didn’t really speak to God but claims she knows what God wants, and the vaccines aren’t mentioned in the scriptures, she is a false prophet. I supposed that is an improvement of the Cuomo, the person she replaced. He acted as if he was God.

Continue reading: NY Gov. Hochul Says God Wants Us To Get COVID Vax- Um… Did God Drop Her a Note? ...

She is seeking apostles, so she must consider herself anointed.

And then, God said, do not forget to Murder your unborn Children! Wait! Maybe that was not God after all. Who do you think is really speaking!