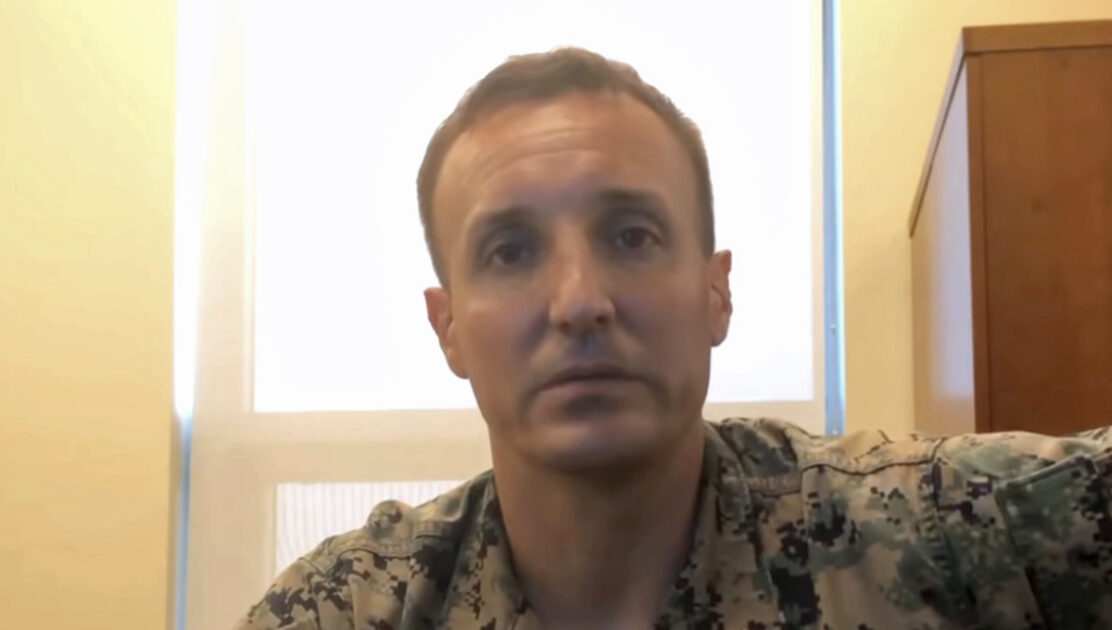 The following article, Biden’s Pentagon Jails Marine Who Blasted the Failed Afghanistan Withdrawal, was first published on Flag And Cross.

Joe Biden’s Pentagon has jailed the Marine Lt. Col. who warned about the disastrous withdrawal from Afghanistan in August.

U.S. Marine Lt. Col. Stuart Scheller was relieved of his duties after he publicly scorned Biden for the horrible plans for pulling out of Afghanistan. He then tendered his resignation for the Corps. But now, Biden’s corrupt Pentagon has thrown the Marine in jail ahead of a court martial trial.

In August, Scheller posted a video slamming the pullout and demanding accountability from the upper echelon of our military leaders.

Scheller proved prescient because the same day he posted his video, an ISIS terrorist touched off a suicide bomb killing 13 U.S. service members and 175 Afghan citizens.

Scheller’s father said that the Pentagon had dropped a gag order on the former Marine, but he spoke out, anyway.

“All our son did is ask the questions that everybody was asking themselves, but they were too scared to speak out loud,” Stu Scheller, Sr. said. “He was asking for accountability. In fact, I think he even asked for an apology that we made mistakes, but they couldn’t do that, which is mind-blowing.”

“The time, date, and location of the proceedings have not been determined. Lt. Col. Scheller will be afforded all due process,” Stephenson added.