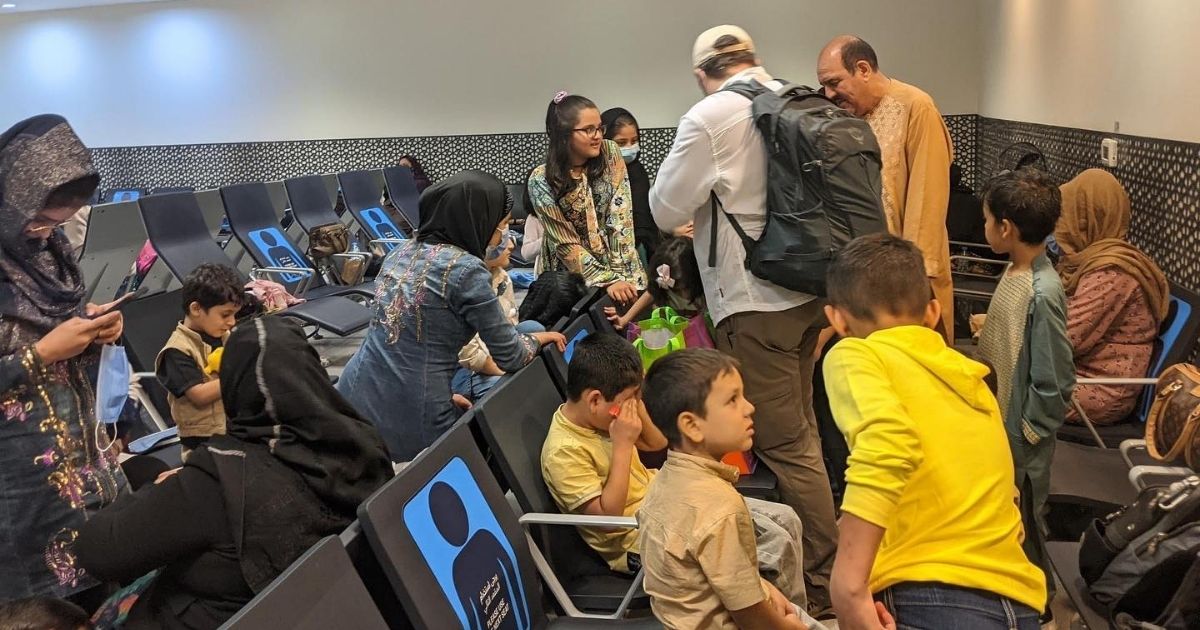 The Department of Homeland Security is not allowing an evacuation flight of 117 Americans and Afghan allies to land in the United States, according to Project Dynamo.

Project Dynamo founder Bryan Stern told Reuters that 117 people, including 59 children are waiting at an Abu Dhabi airport to travel to the U.S.

“They will not allow a charter on an international flight into a U.S. port of entry,” Stern said, according to Reuters.

The 117 travelers at the United Arab Emirates capital include 28 American citizens, 83 green card holders and six holding Special Immigration Visas, according to the report.

Among the travelers are 59 children, including 16 under 3 years old.

“Right now we have 59 children sleeping on airport chairs and cold airport floors – not the warm bed with a hot meal that we’d arranged for all of them stateside – because the US Government denied our flight clearance into ALL US ports of entry. All of them. For a plane load of Americans,” the organization posted on Twitter Tuesday night.

“They escaped the regime they were running from only to have the government they were running HOME TO, turn them away. This cannot be what America does to Americans. Bring Dynamo 01 home. Now. Today,” the post added.

The delay was apparently an unforeseen development.

In a news release published only Tuesday, Stern’s organization was praising the State Department.

“We would like to thank the U.S. State Department and the United Arab Emirates’ Ministry of Foreign Affairs for their cooperation in challenging circumstances to secure the safe return of these U.S. citizens, U.S. Legal Permanent Residents, and Afghan allies,” the news release stated.

“We would also like to acknowledge the Taliban for facilitating the departure of the aircraft by allowing those who want to depart Afghanistan to do so peacefully,” it added.

According to Reuters, an administration official interviewed was unfamiliar with the specific situation, but said the typical practice is for the U.S. government to verify the passenger manifest of charter planes before allowing them to land in the U.S.

According to a CNN report, “A State Department official said they ‘are not going to detail our involvement with any specific groups at this time.’

“The evacuation effort has been a monumental task and the U.S. government understands the need to coordinate across agencies, as we have done, but we also appreciate the desire of NGOs and private citizens to assist and have identified a greater need for coordination there,” the official said.