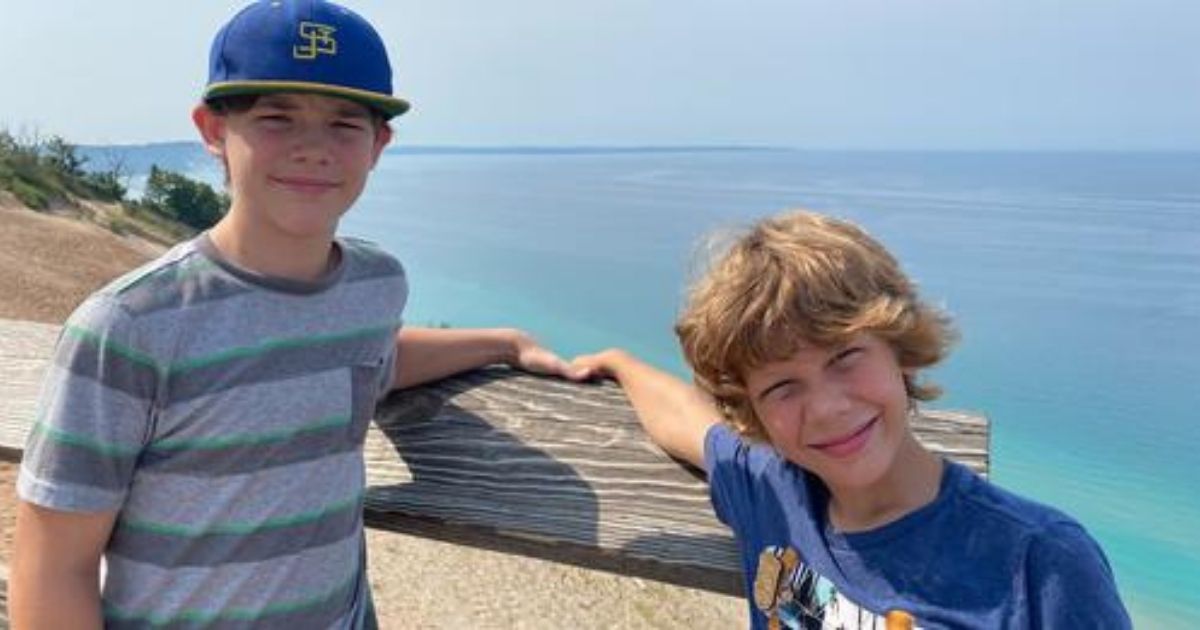 The following article, 8-Year-Old in Fight for Life After Devastating Crash Claims Brother, Father, was first published on Flag And Cross.

A horrible accident took place last week in Sodus Township, Michigan. A 42-year-old father was driving his two sons east on Sodus Parkway on Sept. 20 when he lost control of his vehicle on the slippery road and the car veered into oncoming traffic.

The 2015 Toyota Corolla he was driving was no match for the 2018 Subaru Outback that slammed into the passenger side, immediately killing father Robert Keys, 42, and his 13-year old son, Sylas.

The only bright spots in this tragedy were that the people in the Subaru were treated for only minor injuries and Elliot Keys, 8, was alive — but in critical condition.

After the accident, Elliot had to be removed from the crumpled remains of the Toyota with the “jaws of life” tool and was immediately life-flighted to Bronson Healthcare in Kalamazoo for surgery, according to The Herald-Palladium.

On Wednesday, still in critical condition, he was moved to Ann Arbor for more surgery.

The mother of the two boys, Ashley Ampersee, was in a women’s discipleship group at her church when she got the devastating news. But since then, she has been surrounded by layers of community, all doing what they can to support her and her surviving son.

A prayer vigil was held outside Elliot’s school on Tuesday morning.

A GoFundMe was started for Ampersee, who is a single mom and self-employed. As of noon Monday, people had donated more than $76,000 toward her and her son’s cause, an amount that will certainly help her focus on her son in this trying time.

Crystal Colp, the pastor of adult discipleship at the church Ampersee attends, is keeping people updated on the family.

“Ashley, as I spoke with her this morning, she just was so grateful of the outpouring of support that she’s already had and what she’s seeing, in tangible and non-tangible ways,” Colp told WNDU-TV.

“Right now she has to hold in tandem kind of that grief and the loss that she’s experienced along with the strength she needs to support Elliot in this journey he is on to heal.

“[W]hen I asked her today, she just, she said I really don’t have the words right now. … She said I think it’s just important for people to know that I loved my boys.”

On Thursday, Ampersee shared her thanks through an update on the GoFundMe page.

“I am overwhelmed by all the love and support,” her message read. “I wish I could thank everyone of you personally. I feel so cared for and would like to ask for continued prayers for my sweet Elliot.”

In an update from Colp on Saturday, Ampersee was asking for prayers that the swelling in his brain would lessen and that the surgery scheduled for Sunday would go well.

The 8-year-old has a long road of recovery before him, but thanks to help from family, friends and even strangers, this mother and son are being cared for as they heal.