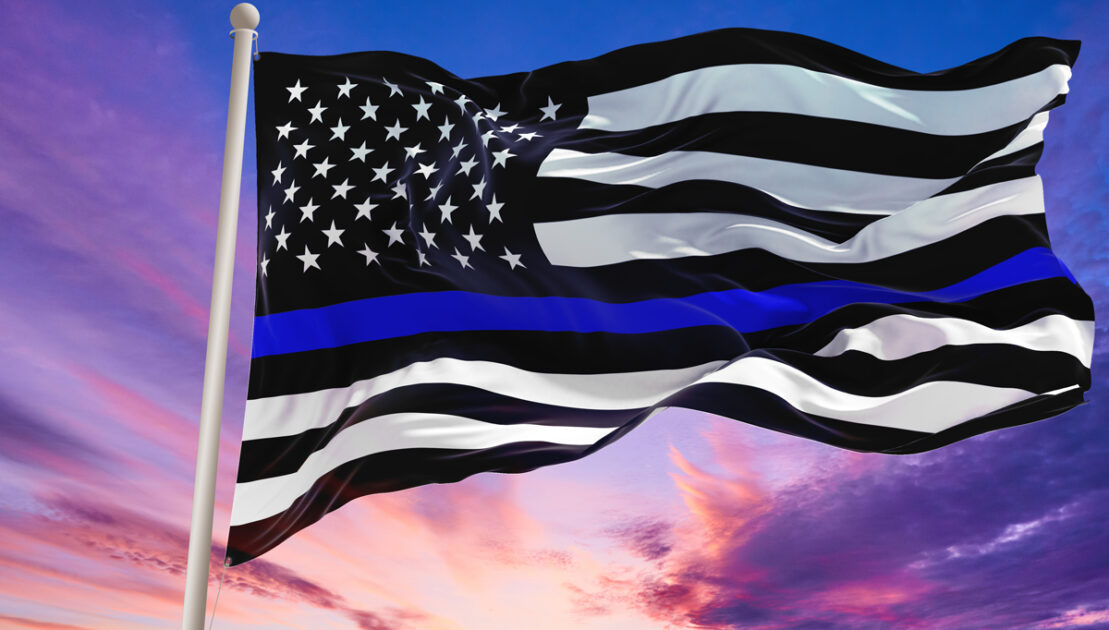 A school district in Washington state forced a teacher whose brother is a police officer to remove a pro-cop flag from her classroom wall, but has openly allowed propaganda for Black Lives Matter and the radical gay and transgender movements to remain.

The teacher at Marysville Middle School was told to remove her “Thin Blue Line” flag, a popular pro-police display, because the school claimed to ban “political symbols” in the classroom.

But according to KTTH talk show host Jason Rantz, the district has no problem at all with the overtly political propaganda from the radical gay movement and the explicitly anti-cop Black Lives Matter movement.

Not long after the woman put up the flag to honor her police officer brother, the school demanded that she remove the flag from her classroom.

“They told her that it’s controversial to have that flag up. That it makes kids and staff feel unsafe, which to me, that does not make sense at all,” the teacher’s brother, Chris Sutherland told Rantz.

The school’s HR representative said that the school was “highly concerned about the impact of this political symbol on students, staff, and families of Marysville Middle School.” The rep added that an assistant principal “had heard concerns from other staff members about how this political symbol might negatively impact the overall professional work environment.”

The teacher — who has thus far not been named in the press — has also been threatened with disciplinary action.

EXCLUSIVE: A teacher was forced to remove a pro-police flag from her classroom, claiming it's political & could offend students or staff.

Yet the district allows Black Lives Matter & LGBT messages to be displayed. They refuse to explain the difference.https://t.co/ycWEH8jnI9

The school district confirmed that the BLM and radical gay decorations that other teachers have in their rooms are not prohibited.

This is the hate, illogical, and propaganda that EVERY school in America is pushing on your little kids. Make no mistake, America.

This teacher needs to bring a lawsuit as this is unconstitutional for the school to allow other political flags and not hers.

Sue their pants off!

WHERE are the parents of these kids on this matter ? Being in Washington they are no doubt as brainwashed as this so called teacher.

Take ALL symbols of hatred and stupidity down.