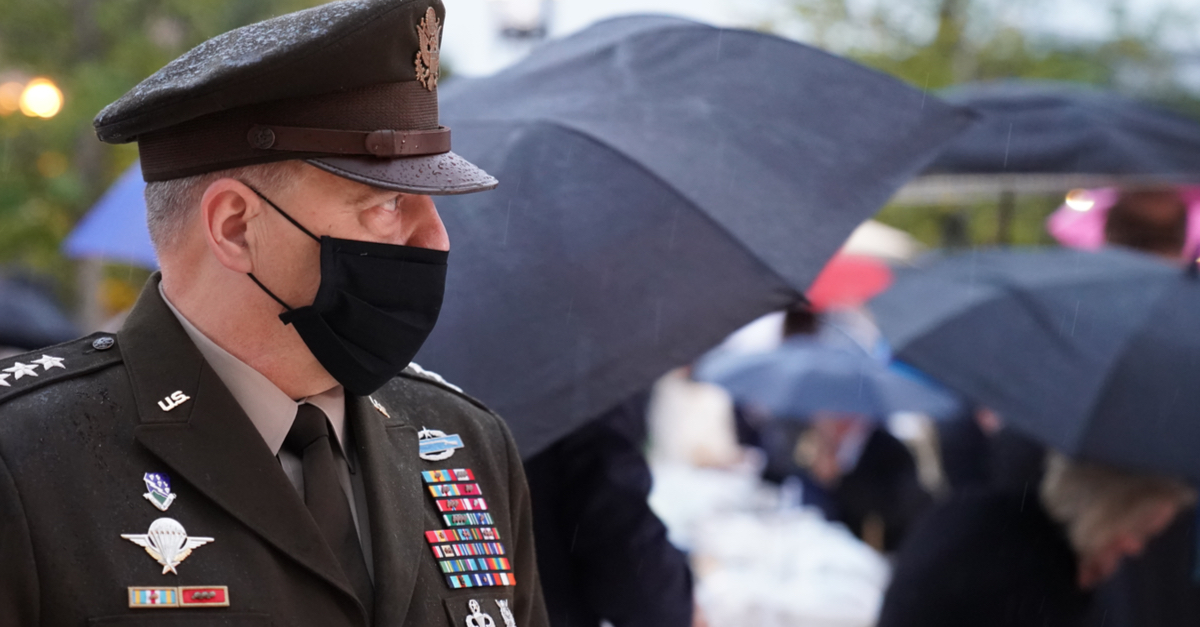 The following article, Milley Throws Biden Under the Bus After He Ignored Military Advice on Afghanistan, was first published on Flag And Cross.

For many Americans, there is still a great shame in what happened in Afghanistan at the end of August, and Congress is looking to root out the causes of that debacle during testimony this week from some of the country’s senior military officials.

At the heart of the matter is the fact that the US military withdrawal allowed the Taliban to simply conquer the nation in eleven days, and then hand the US a figurative eviction notice that would force all of our military assets to be gone by August 31st.

Despite our vast military capabilities, it was well understood that it would be impossible to get every American out of Afghanistan in that time period, and the nation’s top strategic minds explicitly told that to the Commander in Chief...something that was testified to on Tuesday on Capitol Hill.

McKenzie and Milley both testified that they recommended maintaining a presence of U.S. troops in Afghanistan.

And he wasn’t the only one.

Milley was also pressed on the matter, saying that while he would not share his “personal” recommendations made to the president, his assessment was, “back in the fall of 2020, and remained consistent throughout, that we should keep a steady state of 2,500 and it could bounce up to 3,500, maybe, something like that, in order to move toward a negotiated solution.”

But this doesn’t jibe at all with the official story coming out of the White House.

Biden and White House officials have said repeatedly that no military leaders advised him to leave a small military presence behind, with the president, himself, telling ABC News in August that “no one” recommended a 2,500 troop presence that he could “recall.”

Austin was asked whether the president received the personal recommendations from his top military advisers like Milley and McKenzie.

The White House attempted to deflect from the testimony by issuing a tweet regarding the issue, stating that their belief that any remaining troops would have led to an escalation of the trouble in Kabul.

This doesn’t not, however, absolve the President from denying that the advice was ever given, and the revelation could easily add to the calls for Biden’s impeachment that have been growing since the abandonment of Americans in Afghanistan.

Continue reading: Milley Throws Biden Under the Bus After He Ignored Military Advice on Afghanistan ...