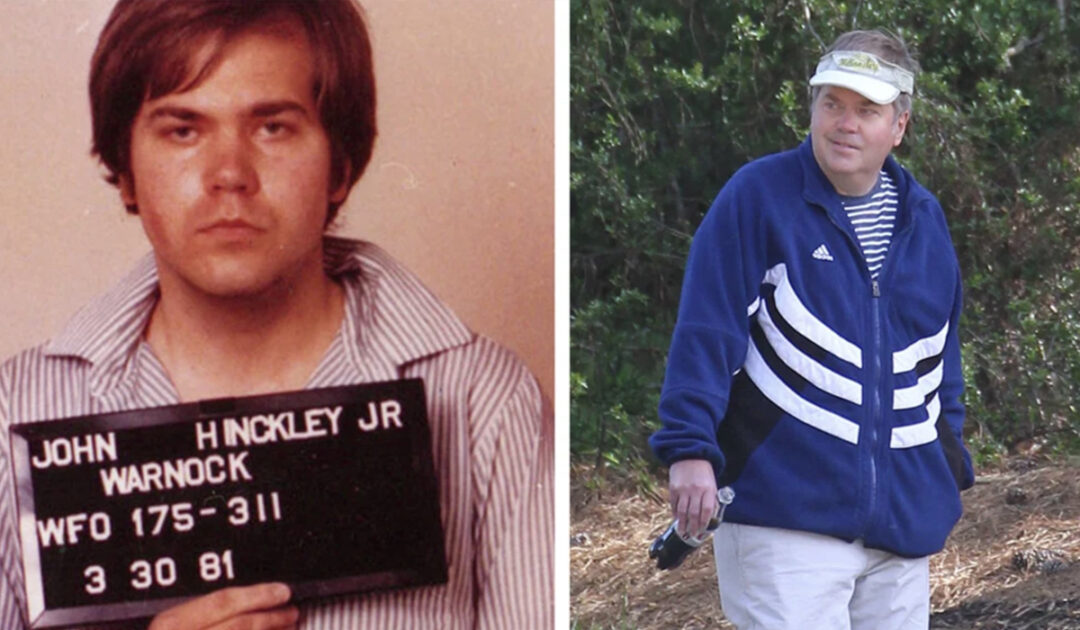 A federal judge has approved the unconditional release of 66-year-old John Hinkley, the man who attempted to assassinate President Ronald Reagan in 1981.

The judge ruled that the would-be assassin will be released with his debt to society paid next June. But Hinkley had been enjoying looser restrictions for the last several years. Indeed, in 2016, it was determined that he is no longer a threat to anyone.

Hinkley, you’ll recall claimed that he tried to murder President Reagan to impress actress Jodie Foster — who later came out as a lesbian. A jury found him not guilty by reason of insanity and in 1982 he was institutionalized at St. Elizabeths Hospital in Washington, D.C.

By 2017, he was remanded to the custody of his mother and lived with her in Williamsburg, Virginia. However, this summer the woman died at the age of 95.

Hinkley was, though, restricted to staying in the state and was also restricted on when, how, and how far away he could travel from his mother’s home.

But now that is all nearly behind him. Senior U.S. District Judge Paul Friedman said on Monday that his debt to society is now paid in full. He added that, “very few patients at St. Elizabeths Hospital have been studied more thoroughly than John Hinckley.”

“If he hadn’t tried to kill the President, he would have been given unconditional release a long, long, long time ago,” Friedman added. “I followed the law, I followed the evidence, and I followed the science. I’m very comfortable with where we are. I think it’s probably overdue. … My caution, with taking incremental steps, should give us all a great deal of comfort that everything is going to be just fine.”

Hinckley’s lawyer, Barry Levine, celebrated the decision and added that his client poses no threat to anyone.

The Department of Justice agreed with the court’s ruling but added that they want to monitor Hinkley for the next nine months.

Prosecutor Kacie Weston said the Justice Department agreed to a settlement but wanted to monitor Hinckley for the next nine months because of two big changes in his life: He’s living on his own for the first time in about 40 years, and because one of his primary doctors is preparing for retirement and disbanding Hinckley’s therapy group. The Justice Department said it would file a motion with the court before June if it had fresh concerns about Hinckley.

“Ultimately your honor, at this point, the ball is in Mr. Hinckley’s hands,” Weston said.

For his part, Hinkley has claimed to have come to understand his crimes and has apologized to Foster, Ronald Reagan’s family, and the other people he shot.