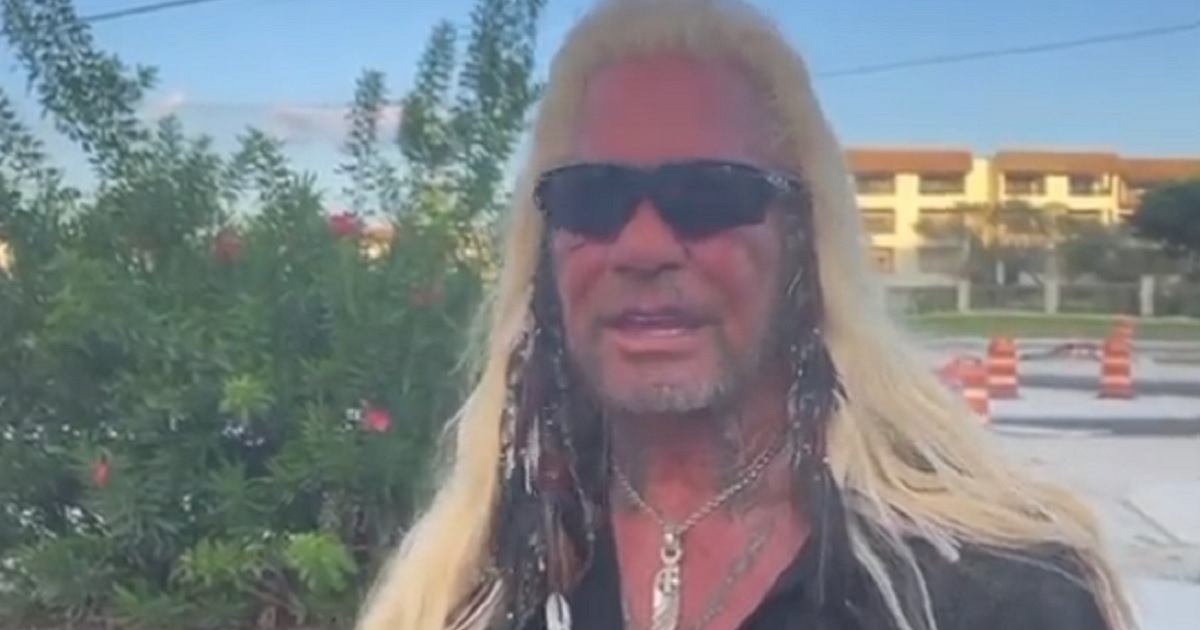 The following article, 'Dog the Bounty Hunter' Says He's Made a Major Breakthrough in the Gabby Petito Case, was first published on Flag And Cross.

One of America’s most famous reality TV stars says he has new information on the man wanted by the FBI as a person of interest in connection with the death of Gabby Petito.

Duane Chapman, better known as “Dog the Bounty Hunter,” has joined the hunt for Brian Laundrie, Petito’s fiance who went with Petito on a camping trip out West but came back alone.

Petito’s body was found last week in Wyoming. Her death has been declared a homicide.

Laundrie’s parents have told police they do not know the whereabouts of their son.

Chapman said that he received a tip that Laundrie and his parents had gone to the Florida camping spot of Fort De Soto Park in Pinellas County after Laundrie’s return from Wyoming, according to Fox News.

Laundrie’s parents spent the night in the park with their son Sept. 1-3 and again Sept. 6-8, Chapman told Fox.

Laundrie’s family has said they haven’t seen him since Sept. 14, according to Fox.

“They were registered, went through the gate. They’re on camera. They were here,” Chapman told Fox.

“We think, at least if he’s not here right now, we are sure he was caught on camera as he went in the gate — that he was here for sure. Not over in the swamp.”

Fort De Soto Park, on five islands in the Gulf of Mexico, connected to the mainland by a toll road, isn’t even in the same county as the area where the search has been located. The park is about 75 miles from the Laundrie family home in the Sarasota County city of North Port.

Authorities have been searching the Carlton Reserve in Sarasota County for the past week based on comments from Laundrie’s parents that Brian Laundrie might be there. They have found no signs of Laundrie – living or dead.

Dog the Bounty Hunter said “They were registered, went through the gate. They’re on camera. They were here,” he told Fox News #GabbyPetito #BrianLaundrie pic.twitter.com/ds22fdUVVh

Attorney Steven Bertolino, who represents Chris and Roberta Laundrie, said they “do not know where Brian is.”

“They are concerned about Brian and hope the FBI can locate him,” Bertolino wrote in a statement. “The speculation by the public and some in the press that the parents assisted Brian in leaving the family home or in avoiding arrest on a warrant that was issued after Brian had already been missing for several days is just wrong.”

Conditions within Fort De Soto Park are “much easier” than in the reserve, Chapman told Fox.

Charlene Guthrie, who lives across from the Laundrie home, told Fox she believes Brian Laundrie went camping with his parents after he returned in early September.

Cattle rancher Alan McEwen, who lives near the Carlton Reserve, told Fox News he doubts Laundrie is there.

“There’s no surviving out here, I don’t know how to say it,” McEwen said.

“I’ve been in the woods in and out all my life … I have learned a lot in my life, and one thing I know is, no one is gonna survive out there for two weeks on foot,” McEwen told Fox.

McEwen also downplayed the likelihood that Laundrie had died in the reserve.